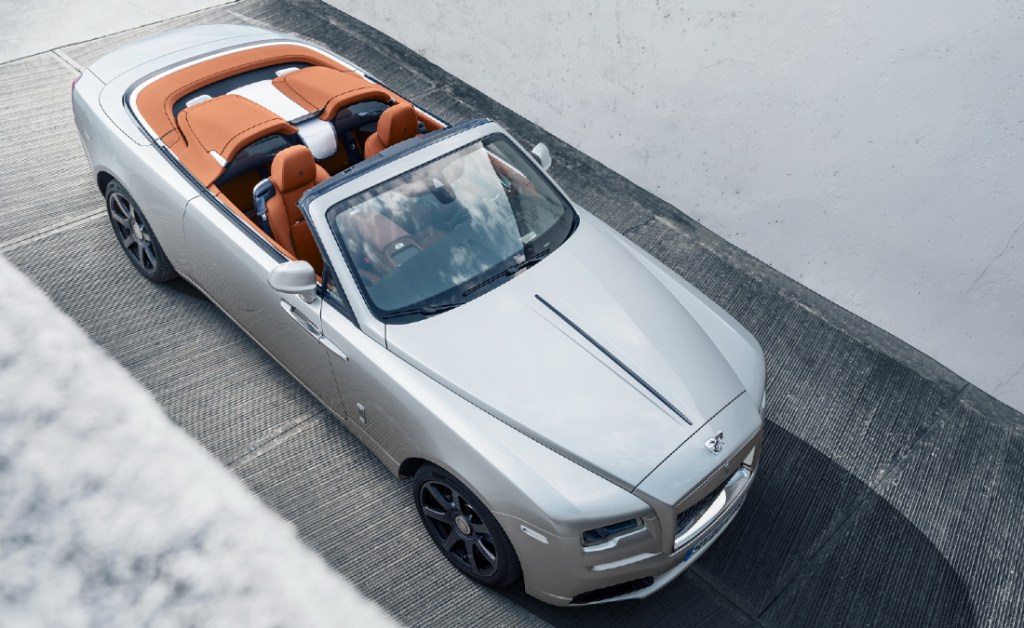 Summer may be rapidly nearing its end, but there’s still plenty of time for fun in the sun. And what better way take advantage of that time than in a convertible from one of the biggest names in luxury auto making—Rolls-Royce.

The British marque has unveiled its latest luxe convertible, the Dawn Silver Bullet, in a series of dazzling photos over the weekend. And while all Rolls-Royces are exclusive vehicles, that is especially true of this model, which will be produced in a run of just 50 examples.

Initially teased this spring, the elegant drop-top is based on one of Rolls-Royce’s oldest models, the Dawn. But the marque hasn’t just slapped new badging on the convertible; instead it’s given it a thorough, retro-inspired makeover. The brand’s aim? To create a vehicle that captures the style and spirit of the Roaring ‘20s.

And based on the first images of the car, it would seem that that’s just what Rolls-Royce has accomplished. The variant looks much sleeker than its older sibling, and is finished in—appropriately enough—ultra-metallic Brewster Silver. But the most notable change is the new Aero Cowling. While the standard Dawn is a four-seater, the Silver Bullet only has room for two, with the added cowling element taking the place of the rear seats and giving the vehicle a sporty, high-shouldered look. Inside the exposed cabin you’ll find the usual rakish Rolls-Royce touches, including a carbon-fibre fascia and a quilted transmission tunnel.

“The Dawn Silver Bullet Collection is an ode to decadence, to frivolity, to heady heydays and irreverent pastimes,” the automaker said of the roadster back in May. “Traversing the landscape with supreme accuracy, travelling great distances with speed and precision, this iteration of Dawn, is, like a silver bullet.”

Rolls-Royce has yet to announce a release date for the Dawn Silver Bullet, but based on the images, we’d expect it’s not that far off. No word on pricing either, but considering the “strict” 50-car production run, we’d expect it to be well north of the Dawn’s £270,000 or so starting price.