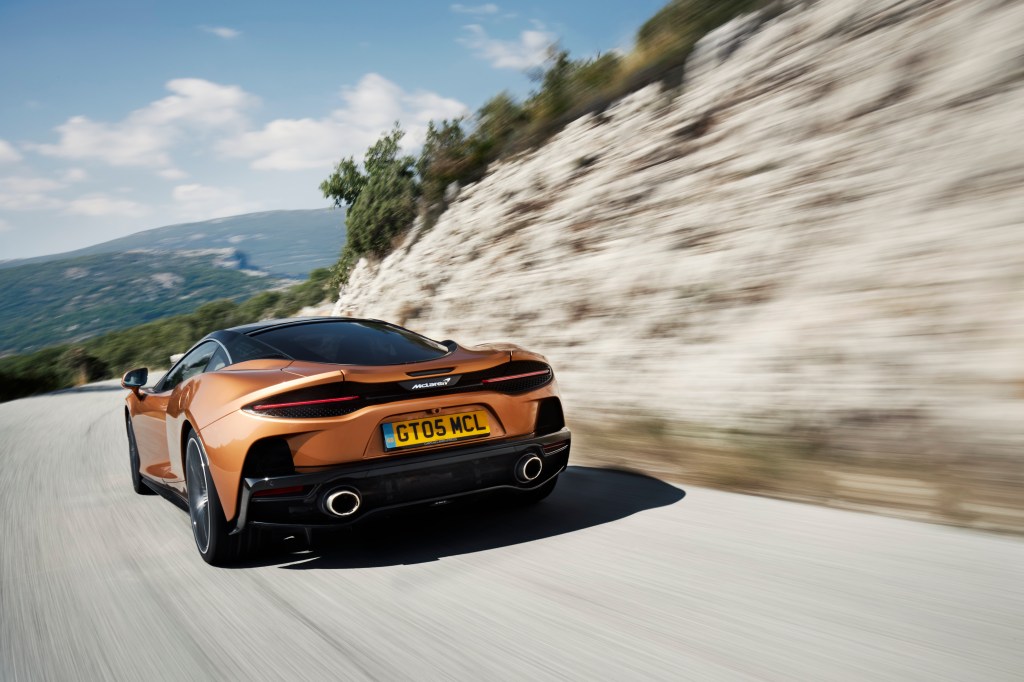 There is a question that at some point supercar lovers, and certainly supercar owners, have to answer: do I want my supercar to be practical? Back in the day, whenever that was, the answer was always no, don’t be bloody ridiculous. But as this driving life becomes more corseted – speed bumps, smart motorways, traffic-calming bollards – people privileged enough to think about this stuff aren’t quite so sure. A supercar you can live with? Yeah, well maybe, actually.

That maybe becomes all the more likely when the supercar in question is the McLaren GT, which has now replaced the Woking marque’s fabulous 570GT. This is a blisteringly fast supercar, but, as I discovered , the boot is so big you really can get a set of golf clubs in it. In fact, it’s round the back where the GT is most surprising. The thing with the 570GT was that its claim you might reasonably do a three-day sojourn in the Alps in it always seemed a bit of a stretch. Everyone needs a change of underwear at least once over a long weekend. 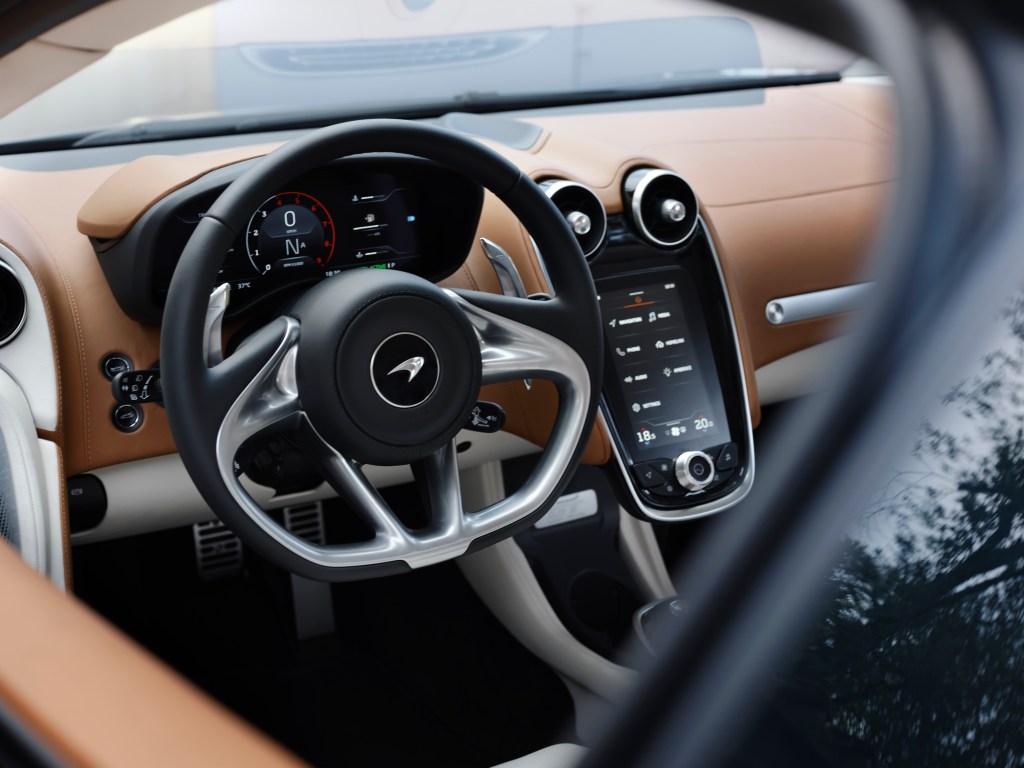 The GT will get you there though, because under its hatchback-style rear tailgate, it has 420 litres of space. Combined with the ‘frunk’ under the bonnet (the GT’s 4.0-litre twin-turbocharged V8 engine is mid-mounted), it’s said to have more storage space than a Ford Focus. No one’s claiming that’s a straight comparison – the space is lateral, so you’ll have to leave the Labrador at home, for starters.

But add in the rubbery ‘SuperFabric’ material (co-developed with NASA) that lines the luggage bay so your bags don’t slide around under braking (the GT will drop from 62-0mph over just 30 metres), and twin exhaust pipes that have been set further apart so you can unpack without frying your shins, and you start to understand what McLaren have tried to do here. 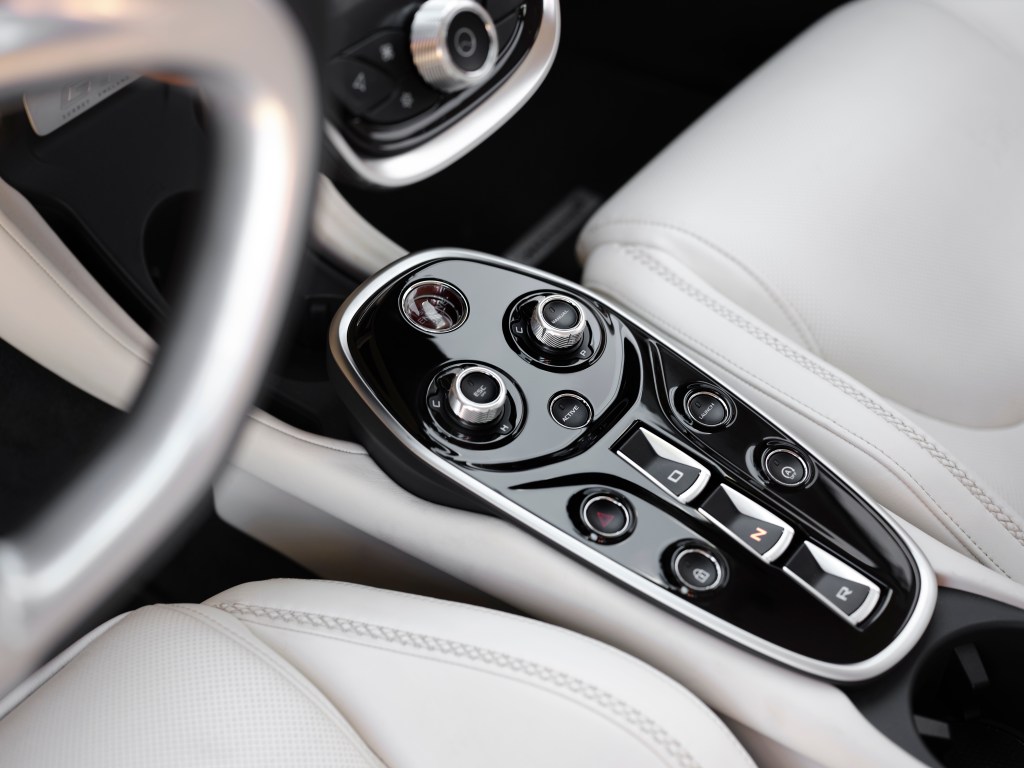 Still more practical is the ride height. A few Easters ago, I beached a bright orange McLaren 570S on an inverted speed bump, which attracted a crowd for all the wrong reasons. That wouldn’t have happened in the GT. It’s got similar clearance to a Porsche 911, the commuter’s supercar, meaning it can waltz over speed bumps with impunity. Taking south-west London at a nice accurate 30 in a McLaren without tearing a hole in the sump was a revelation. McLaren’s Vehicle Lift, which raises the nose on demand, is a £3,750 extra the GT doesn’t really need.

But useful though all that is, a grand tourer lives or dies on how friendly it is to Long-Distance Claras. The stupendous stat about the GT is that it is McLaren’s slowest production car. Slow as in generating 620ps, covering 0-60mph in 3.1 seconds and 0-124mph in 9.0 seconds, and capable of a 204mph maximum speed. That is still violently fast (faster than the outgoing 570GT, in fact) and the driving dynamics are uncommonly good for a grand tourer, but in Comfort mode, the GT is getting on for family-saloon quiet. Sitting in the outside lane, bespoke Pirelli P Zeroes and sound-dampening technologies doing their thing, it’s almost civilised. It can still be noisy, though. Flick it into Sport or Track mode, and a valve opens up that drops the engine note, giving it a throaty GT feel that some will feel should come as standard. 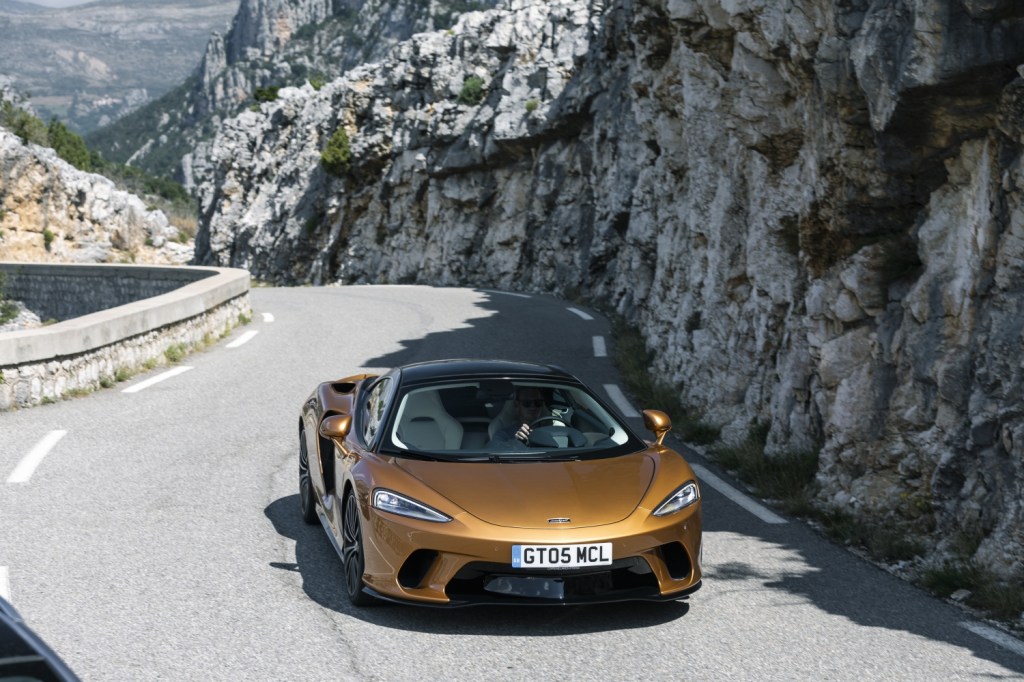 All of which, and more, does make the McLaren GT easy to live with – or at least, easier than most supercars that start at £163,000 and invite a £4,000 charge for a decent paint job and £3,400 for a sports exhaust. But like any low-slung bullet of a car, it’s a nightmare to get in and out of, and there’s still the odd foible that bothers. The high-pitched McLaren cabin whine, the stabby infotainment touch screen, and the steering wheel that retracts when you open the door but doesn’t return to its original position when you close it have all stayed with me.

But what of these? The McLaren GT can do 200mph over a speed bump. Do I want that? Of course, I bloody well do.