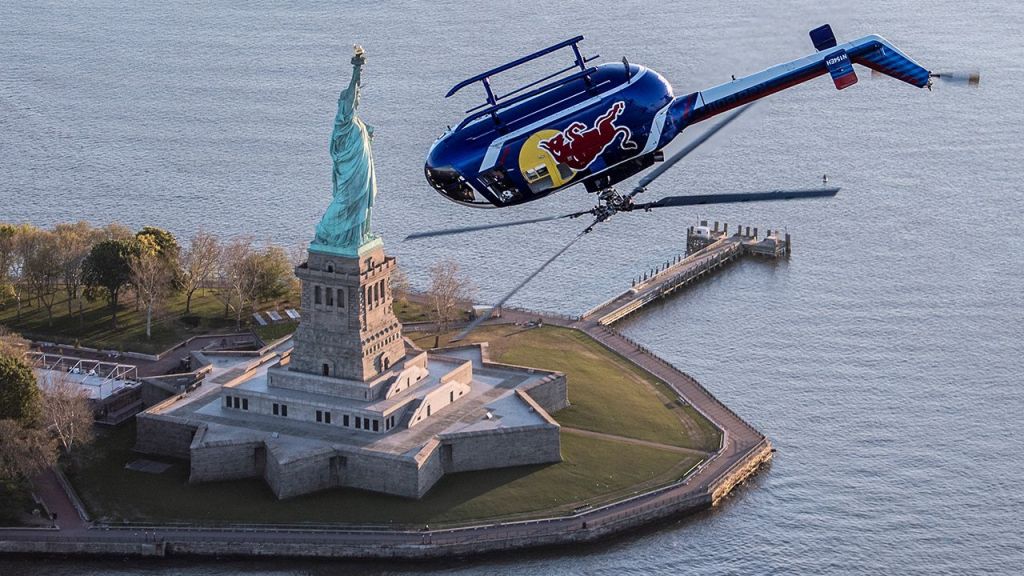 The Red Bull Aerobatic Helicopter, or the BO105 C, is the only helicopter fit for aerobatics. The original BO105 C was built in 1967 as the first lightweight helicopter in the world. The version you will see on Memorial Day Weekend at the Bethpage Air Show at Jones Beach was built in 1984 and used in the oil fields of the Gulf of Mexico before joining The Flying Bulls, a group of aviation enthusiasts with a great passion for rare historical aeroplanes and helicopters. They restore and maintain a fleet of 22 planes and helicopters in the world and have played a significant role in the creation of Hangar‑7 in Salzburg, Austria. The Flying Bulls was created in 1999.

The air show will feature Fitzgerald in the Red Bull Aerobatic Helicopter and the Red Bull skydivers doing their acrobatic thing for an eight-minute routine. Watch for the low-pull, high-performance canopy swoops by the skydiving humans in harmony with the spins, curls and dips by the aerobatic helicopter.