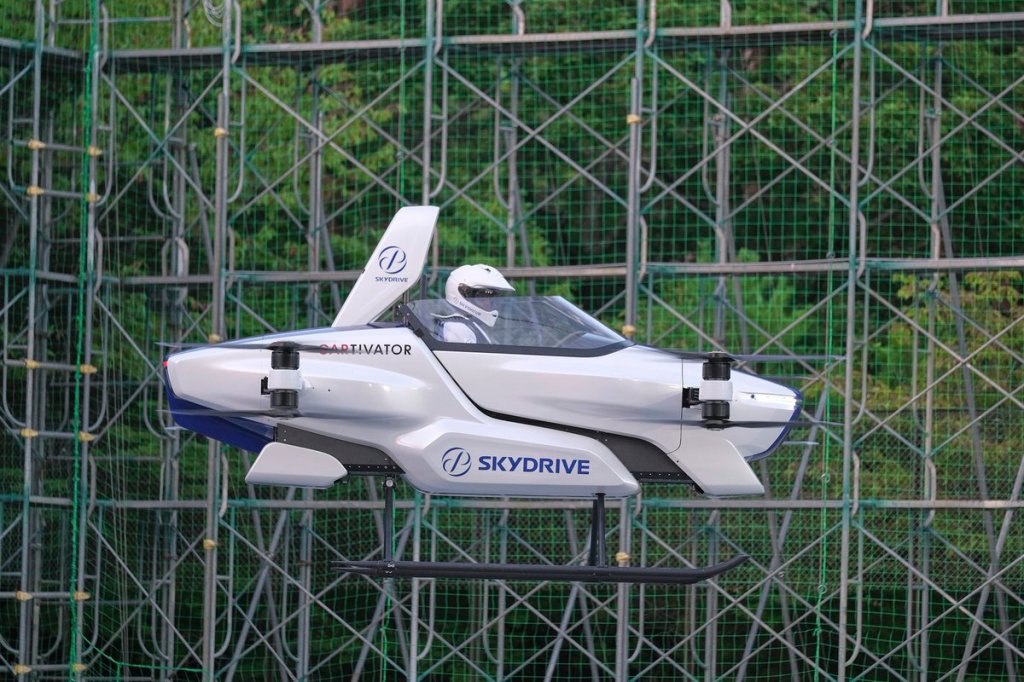 Maybe our Jetsons future isn’t as far off as we thought. SkyDrive has successfully launched its first manned prototype with plans to make the flying car a reality as soon as 2023.

The Japanese startup, which is backed by Toyota and recently received £27.5 million in funding, conducted a public test flight of its new SD-03 on August 25, and things went swimmingly. In a video that was released Friday, the sleek speedster can be seen flying effortlessly around Toyota Test Field in the city of Toyota with a pilot at the helm for added safety.

The single-seat aircraft, which has been many years in the making, was lifted to six feet above the ground and circled the test area for roughly four minutes. The watershed joyride proved that the aircraft could work as intended in the field and edged the aviation firm one step closer to its goal of making the SD-03 a mainstream vehicle.

“Of the world’s more than 100 flying car projects, only a handful have succeeded with a person on board,” CEO Tomohiro Fukuzawa told the Associated Press on Friday. “I hope many people will want to ride it and feel safe.”

Billed as the world’s smallest electric VTOL (vertical take-off and landing), the SD-03 measures 13 feet in length and width, and around 6.5 feet tall. This means the compact cruiser occupies as much space on the ground as two parked cars, making it an ideal size for city use.

The powertrain is fitted with electric motors that drive eight different rotors deployed in four separate locations. The use of eight motors is a means of ensuring safety even in emergency situations (e.g., engine failure). Currently, the prototype can only fly for five to 10 minutes at a relatively low speed. The next goal is to raise its speed up to 40 mph and extend the flight time to 30 minutes. That would take it from a small, short-hop aircraft to a viable cross-city commuter.

SkyDrive is hoping to get the SD-03 approved for flying before the end of this year, and plans to turn the prototype into a commercial model by 2023. It also has another concept in the works, the SD-XX, which is projected to fly at up to 1,640 feet at 62 mph for 12 miles.