We may call them air taxis but let’s face it, flying cars are really just small aeroplanes at this point. That may be about to change, though, thanks to the Klein Vision AirCar, an aircraft that actually looks and functions like the vehicle you drive to work each day.

Late last week, the Slovakian startup shared a video of the AirCar prototype successfully completing its maiden flight. The short clip doesn’t just show off the aircraft soaring through the sky; it also displays the vehicle’s driving capabilities.

It looks as if the AirCar will be just as comfortable flying through the clouds as it is speeding across asphalt. This is likely due to the fact that the prototype is a road-ready car that can transform into a working plane with the touch of a few buttons.

At the beginning of Klein Vision’s video, the futuristic-looking AirCar can be seen driving onto the tarmac at Piestany airport. The rear section of the car then slides back as two wings pop out of the car and begin to unfold. Once the wings are fully expanded, the prototype speeds off down the runway and takes off into the sky. It then flies around the airfield before safely landing back on the ground. Once the flight is complete, the wings retract back into the car, and it drives off. 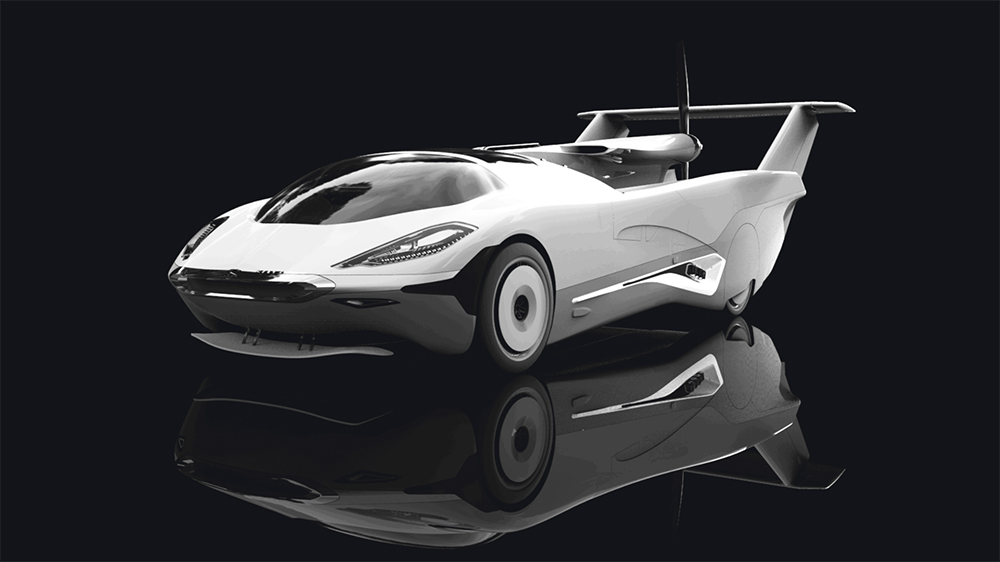 While the AirCar’s design leaves something to be desired—it looks like something from a straight-to-VOD sci-fi movie—its driving abilities look certain to set it apart from the rest of the current crop of flying cars, including the SkyDrive SD03 and the Volocopter VoloCity. The ultra-lightweight two-seater is powered by a 1.6-litre BMW engine that put out 140 horsepower, according to a press release from the company. The startup also claims that the craft will have a flying range of roughly 620 miles and be able to reach a top flying speed of 124 mph.

While those numbers are pretty impressive, the company seems especially proud of the fact that its flying car can actually drive. “With AirCar you will arrive at your destination without the hassle of getting a ride to [an] airport and passing through commercial security, you can drive your AirCar to the golf course, the office, the mall or your hotel and park it in a normal parking space,” co-founder Anton Zajac said in a statement.

With its first successful flights notched only 18 months after development begin, Klein Vision is ready to continue moving forward with the AirCar. The company plans to put the vehicle into production within the next six months.