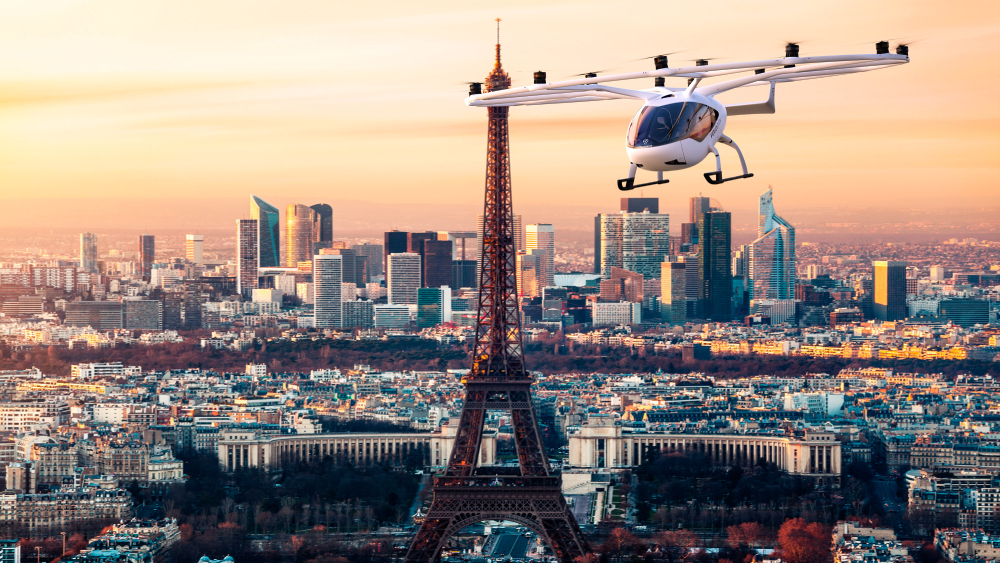 It looks like 2021 will bring a new breed of taxi to The City of Light.

Volocopter, the German aviation startup specialising in urban air mobility, will be the first company to test its full-scale electrical air taxis near Paris after spending nearly a decade in development. Organised in partnership with Groupe ADP and RATP Groupe, the company hopes to revolutionise transportation with a specific focus on electric vertical take-off and landing vehicles.

“We are incredibly excited to be the eVTOL manufacturer of choice in the Paris region’s Urban Air Mobility project,” said Volocopter CEO Florian Reuter in a press release. “We will open our first commercial air taxi routes in the next 2-3 years and are excited to have a potential launching partner here in Europe. . .The growth of this industry will contribute to the development of environmentally friendly industrial solutions and offer Paris Region a unique mix of urban multimodal transportation systems.”

Not only does Paris offer a significant strategic advantage as a major European hub generally, but the upcoming 2024 Olympics and Paralympics set to take place there only provide more opportunity for Volocopter to make its mark. By making waves in the next couple of years, the startup could corner the burgeoning market for novel intra-city air travel before any significant competitors arise.

But because the technology involved is still in its infancy, the testing site won’t be too close to the city centre just yet. A designated area, specifically, the Pontoise airfield located nearly 22 miles northwest of Paris. The first half of 2021 will see Volocopter setting up the necessary infrastructure, first in the air and then in the boarding areas within the nearby buildings. With the cooperation of the DGAC (the local Civil Aviation Authority), parking, take-off and landing operations, as well as operations around the vehicle, whether maintenance or electrical recharging, will be tested beginning in June 2021.

“By inaugurating this trial area and launching this call for expressions of interest at an international scale alongside Groupe ADP and with the support of the Île-de-France Region, we intend to be a privileged partner of the smart cities of tomorrow and make good use of our human and technical expertise,” said Catherine Guillouard, chairwoman and CEO of RATP Group, in a press release.