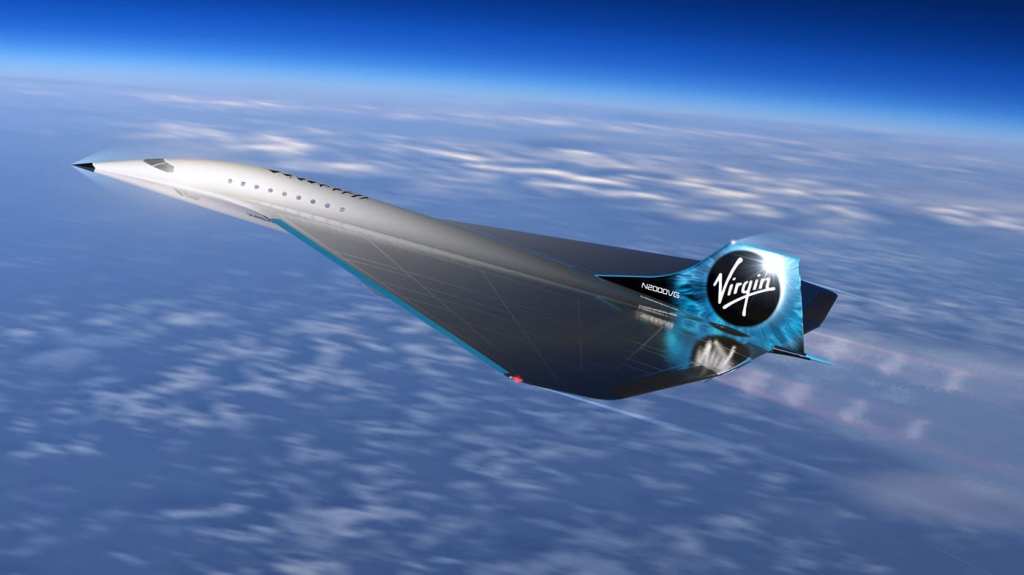 Virgin Galactic has entered the supersonic jet race against competitors like Boom and Aerion Corporation. The spaceship company said that it has been working on a high-speed aircraft design and has signed an agreement with Rolls-Royce to develop the engines. The aircraft will travel at Mach 3, or about 2300 mph. At that speed, it could fly from London to New York in about 90 minutes.

The delta-wing aircraft will have a capacity to carry from nine to 19 people, flying above 60,000 feet. The company said the interior can be customised, including business or first-class seating. Virgin Galalctic says the jet could also “lead the way” towards the use of sustainable aviation fuel, which could favorably impact the rest of business aviation.

The aircraft could be configured to carry from 9 to 19 passengers.

The supersonic jet recently completed a “Mission Concept Review,” which included representatives from NASA. The panel said that, under the latest available data and research, the concept would meet the mission’s requirements. “The aircraft would take off and land like any other passenger aircraft and be expected to integrate into existing airport infrastructure and international airspace around the world,” said the statement.

Rolls-Royce also provided the engines for the Concorde, the only previous supersonic commercial jet, which set a record time for a flight between London and New York in 1996 at three hours.

The FAA’s Center for Emerging Concepts and Innovation reviewed the project direction and authorised FAA resources to work with the Virgin Galactic to outline a certification framework. Virgin Galactic will now move to the next phase of design, focussing on specific system architectures and determining which materials will be used in the design of the aircraft.  The company gave no timeline for the completion of the new supersonic jet.

From Robb Report US