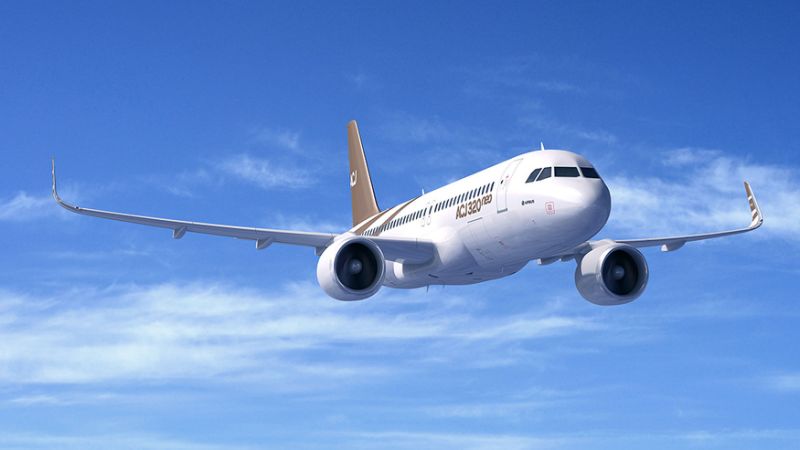 Business aviation’s efforts to have jets fly farther while reducing their carbon footprint has been given a lift with the new Airbus ACJ320neo. The “neo” differentiator stands for “new engine option” and gives clients a choice between next-generation CFM LEAP-1A or Pratt & Whitney PW1100G engines.

London-based Acropolis Aviation took delivery of the first ACJ320neo and, as of press time, planned to enter it in service in February. The charter company selected LEAP-1A engines due to their sustainability—they offer a 15 percent improvement in fuel efficiency and cut CO2 emissions by the same percentage, all while being quieter than the previous generation.

The heightened efficiency of the engines extends the ACJ320neo’s range by 1,700 nautical miles, giving it a full distance of 6,000 nautical miles. This allows the jet to travel 13 hours nonstop, more time than is required to fly from Los Angeles to Moscow or London to Beijing.

Because the widebody airframe is the same as that of Airbus’s commercial aircraft, the ACJ320neo is 65 percent wider than a typical business jet and, with domed ceilings, has 20 percent more cabin height. That translates to three times more cabin space than its competitors have.

The extra room also gave ACJ designers freedom to create interior concepts such as the Melody, with its light-colored styling and soft curves inspired by nature. The design flows from the master bedroom at the rear to a spacious lounge at the front. The Infinito concept, by Italian supercar builder Pagani, is even more adventurous. It presents a clear ceiling—running the length of the cabin—that projects an image of open sky. Pagani used many of the same materials as it would on its Huayra hypercar, with soft-leather carpets and carbon fiber in the furniture and wall frames.

For the 19-passenger Acropolis aircraft, however, celebrated design agency Alberto Pinto created an open-plan forward lounge, a mid-cabin conference and dining room and, at the back, an en suite master bedroom that includes the first large rectangular shower installed in an ACJ. After all, cleaner flying can take many forms.