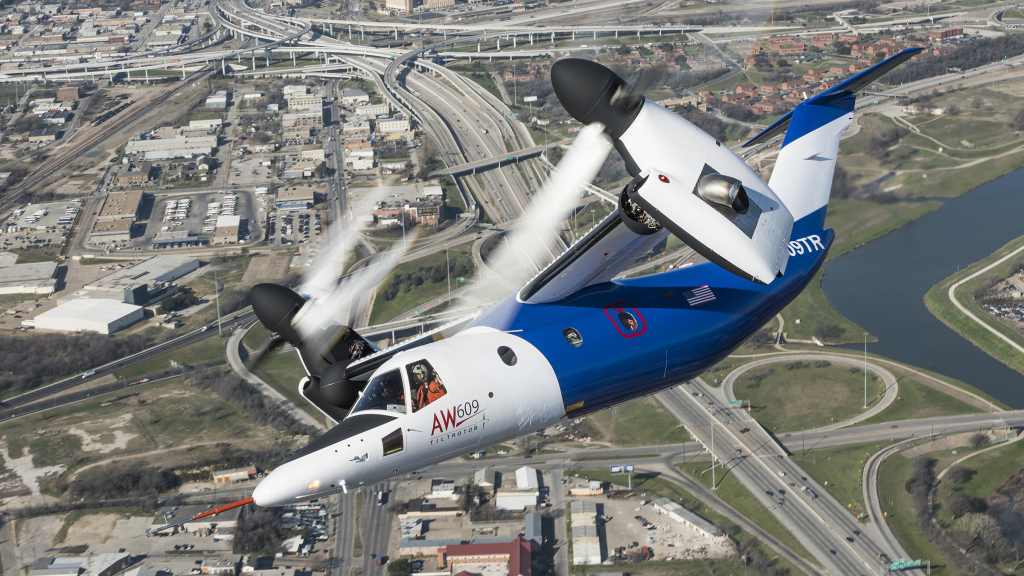 Anyone who has sat in summer gridlock to escape to Southern Europe for the weekend doesn’t have to be sold on the benefits of owning a plane and a helicopter. When ready to go, you head to the nearest helipad, chopper over traffic to the airstrip and board a plane, then off you go.

But what if you could skip the airport altogether and cruise from one helipad to another in a mode of transport that can travel further and twice as fast as the average helicopter? That cutting-edge conveyance is the Leonardo AW609, a tiltrotor aircraft that’s been in development for more than two decades.

The AW609 takes off and lands like a helicopter when the turbo-powered rotors are angled horizontally, but when the rotors are tilted vertically like propellers, it can fly at the speed of most turboprop planes, and cover similar distance. Recently, execs from Leonardo, an Italian aerospace company, said that by next year they expect to receive Federal Aviation Administration certification for the AW609 and begin deliveries of the nine-seater.

The AW609 has been in development for more than two decades. Paul Bowen

The AW609 has a pressurised cabin and an operating ceiling of 25,000 feet, meaning that, unlike a regular chopper, it can fly above bad weather. Its maximum cruising speed is 317 mph, and its range is 1,243 miles. That’s easily enough to get you from London to Madrid or Rome.

The speedy transportation that the AW609 promises stands in sharp contrast to the pace of its development, which has been even slower than a rush-hour commute. The craft’s original plans date back to as early as 1998, when the project was known as the Bell/Agusta BA609. Bell has since dropped out of the picture. So far, Leonardo has produced three prototypes for flight-testing; one crashed fatally four years ago. Construction of an airframe for another prototype reportedly began earlier this year at Leonardo’s production facility in Philadelphia. That example is said to be the first-ever production-version tiltrotor for commercial use. Leonardo must believe FAA certification for the AW609 is imminent and demand strong, because it has begun building a pilot-training facility that will include a full flight simulator. No price for the aircraft has been announced, but its value in time saved makes us salivate just thinking about how much faster we can get to the south of France or the Italian Riviera.