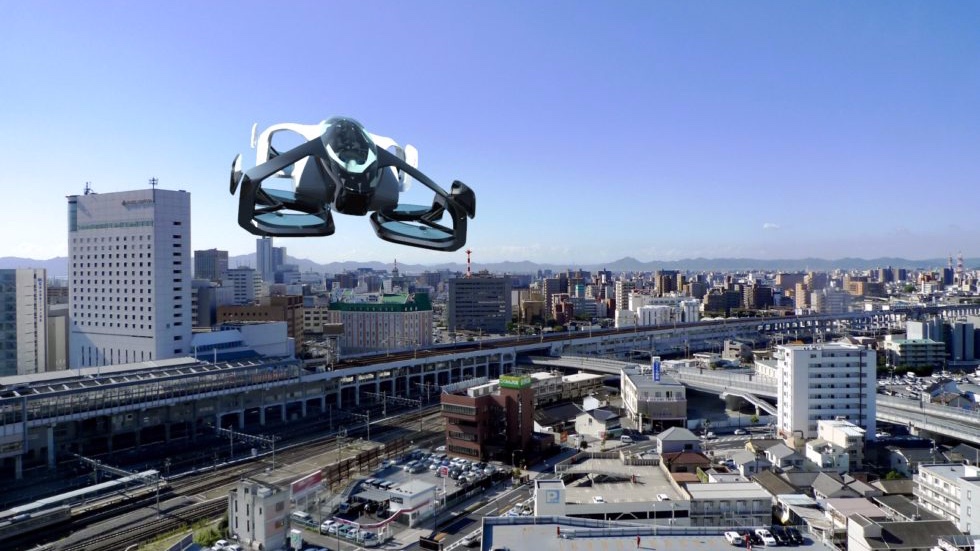 There has been talk about flying cars ever since the 1960s television cartoon, The Jetsons. Every morning, George Jetson would get into his car, fly it to work and shrink it to the size of a briefcase, so he could carry it into the office.

The flying car idea has actually been around for more than 100 years, with the first one, the Curtiss Autoplane, introduced in 1917. It had wings and a rear propeller that was mounted on what looked like a Ford Model T. The flying car could lift slightly off the ground, but could never achieve full flight.

Thirty years later, the Convair Model 118, also known as the ConvAirCar, was introduced in the post-War era of aviation. The ConvAirCar, a two-seat car with detachable wings and tail, was aimed at mainstream consumers. It actually completed 66 test flights by the time the company lost its appetite for the venture.

The 1947 Convair Car was a serious attempt to introduce flying cars to mainstream America. Despite the inventor’s imagination, it was one of many attempts over the last century that have failed to reach commercial success. Courtesy Wikipedia

Fast forward 70 years, and a Japanese aviation firm is planning for its flying car, the SkyDrive SD-XX, to be a mainstream vehicle by 2030. SkyDrive has received backing from Toyota, Fujitsu, Panasonic and other high-tech firms and is working with local governments in Japan to bring the vision to life. The aircraft completed its technical verification phase in March. Later this month, it plans to do the first test flight of its full-sized prototype.

The company expects to achieve certification for the SD-XX in Japan by 2023. It foresees the electric flying car to be used as an autonomous air taxi, among many other functions.

“Japan has been a leader in manufacturing, but uncompetitive in the aviation industry,” SkyDrive CEO Tomohiro Fukuzawa told Robb Report. “Urban air mobility in the form of flying cars has many similarities to automobiles: The mode of transportation will be used on a daily basis. It will also be compact and mass-produced. Japan is well equipped to excel in those conditions.”

Sky Drive expects to start taking orders for its SD-XX in 2023. The Japanese firm expects electric vehicles to be a common sight in the skies by 2030. SkyDrive

The SkyDrive SD-XX is different from electrical vertical takeoff and landing (eVTOL) aircraft, which, as the name suggests, can only take off and land in a fixed locations. On the SD-XX, the pilot can land and drive away. The ability to use roads could be an important distinguisher in the fast-emerging world of eVTOL aircraft.

The SkyDrive SDXX is a two-passenger electric flying car that will have a top speed of 62 mph and range of 12 miles. At 37 mph, the range extends to 20 miles, making it a viable commuter vehicle. SkyDrive

Unlike previous generations of flying cars, the SD-XX has a futuristic shape, measuring 13 feet in length and 11.5 feet wide, and less than 5 feet tall. Weighing 1,102 pounds, it is designed to carry two passengers. With eight propellers on the four corners of the vehicle, it is projected to fly at up to 1,640 feet at 62 mph for 12 miles, or a more efficient cruise speed of 37 mph for 20 miles. That could make it a viable commuter flying car for running around town.

SkyDrive expects to start selling the SD-XX by 2023. We’ll know in two years if the Jetsons flying car was a foretaste of future air mobility trends.