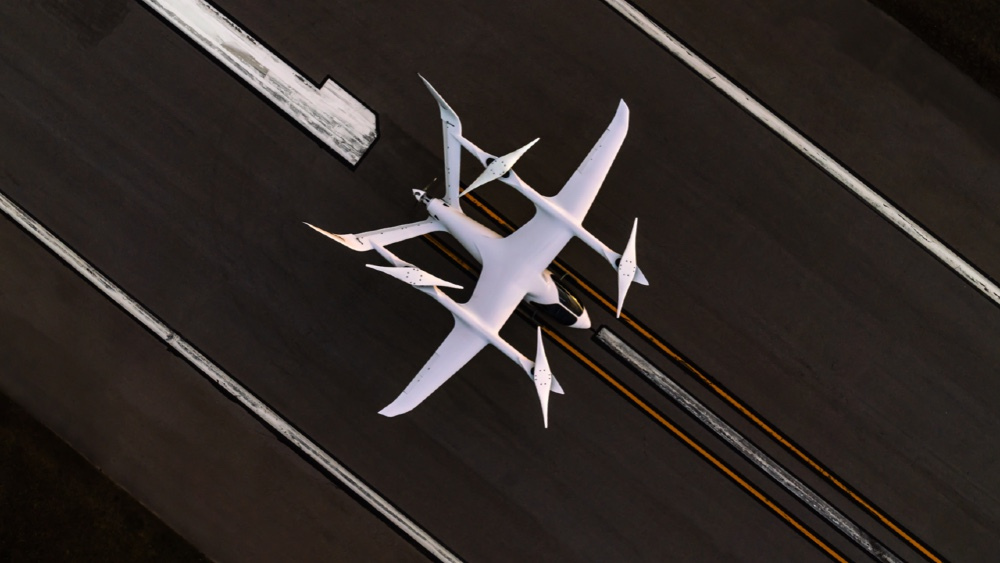 A very large and exotic-looking aircraft, modelled on the Arctic tern, was spotted being airlifted by helicopter from Burlington, Vermont, to the airport in Plattsburgh, New York. The airlift was a dramatic sight for what promises to be a critical passage for “Alia,” Beta Technologies’ electric vertical takeoff and landing (eVTOL) aircraft, now undergoing initial flight testing.

Beta founder Kyle Clark told Wired that the world’s longest-migrating bird inspired the design, though the twin-tail assembly, 50-foot curved wings and tapered shape of the wingtips were the creations of Beta engineers. Clark said the tern’s tail and wing stance “proved a great baseline to start from.”

Since being airlifted to Plattsburgh on June 12, Alia has undergone 23 “land-back” tests, which include flying for one mile at heights between 10 and 20 feet off the ground, and then landing on temporary rolling landing gear. “It has been a joy to fly, and the aircraft has been super stable,” Clark told Robb Report.

Beta’s Tom O’Leary told Robb Report that Alia’s wing shape, rotor design and propulsion have a more practical purpose that extends beyond aesthetics. “Our focus has been simplicity,” he says. “We want to make the aircraft as simple as possible to help achieve FAA certification.”

Alia will have a weight of 6,000 pounds, with the goal of flying 250 miles and recharging in under an hour. Four horizontal motors are used for vertical lift, while the single rear-facing propeller boosts speed in forward flight. The wide wings were designed to provide efficiency. “The rotors are fixed rather than tilting because we believe that the fewer moving parts we have, the more reliable the aircraft will be,” says O’Leary.

“Our primary objective is to meet our first customer’s mission, reliable organ delivery when and where it’s needed,” Clark said. “We couldn’t have an aircraft that had any possibility of being grounded for repairs due to a complex system.”

The Alia has four rotors vertical takeoff and landing, and a rear propeller for forward flight. The taper of the wings adds more efficiency to flight. Eric Adams

That client, United Therapeutics, is developing manmade organs for human transplant. The goal is to have a reliable, environmentally friendly mode of transport for the organs.

Beta plans to use the aircraft for other missions, says Clark, including moving cargo and, ultimately, as air taxis. The air-taxi version will have a six-seat configuration in the cabin that is similar to some business-aviation helicopters.

Alia is undergoing flight testing now, as Beta Technologies’ second prototype is being built. A third one will start soon. The aviation firm will then start on an aircraft that is designed to be FAA-compliant.

The company is designing and building many of the components, including the motors, in its Burlington facility. “That enables us to completely customise the design to this application,” propulsion engineer Herman Wiegman told Wired. Wiegman designed energy storage systems for GE Global Research before joining Beta for its launch three years ago.

Clark says the company will soon start its third prototype—“with some additional neat features”—and then start to build FAA-conforming aircraft for certification.

Beta Technologies was one of two companies chosen by the US Air Force to move to the next stage of its Agility Prime eVTOL development program. The other selected was Joby Aircraft.