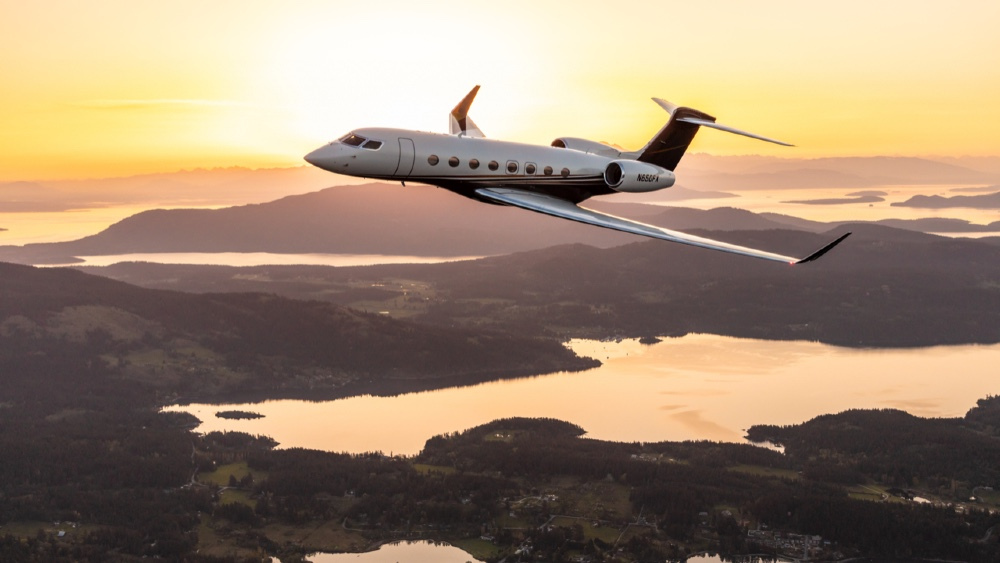 The first Global 5500 business jet has entered into service, after completion at the Bombardier manufacturing facility in Wichita, Kansas. The Global 5500 has a 5,900-nautical mile range—200 nautical miles more than originally planned—and 700 more nautical miles than its nearest competitor at the same speed. In announcing the delivery, Bombardier said the new owner is an “undisclosed customer.”

The impressive range gives the business jet the ability to connect from Sao Paulo to Paris, or Los Angeles to Moscow nonstop. The 5500’s Rolls Royce Pearl engines deliver a top speed of Mach 0.90. It has an optimised wing with a reprofiled trailing edge to deliver a smoother ride.

The 5500 also has the widest cabin in its class, measuring 7’11”, with a cabin height of 6’2”, and length of 40’9”. It’s unclear how many seats this particular Global 5500 has on board, because the customer wanted to keep that information private, but the aircraft’s generic interior can seat up to 16 passengers.

The Global 5500’s interior includes patented “deep-reclining” seats, 4K entertainment and a purification system that delivers clean air every 90 seconds. (Note this image is the generic layout and was not representative of the delivered aircraft). Bombardier

The new passenger-focussed technologies on board the aircraft include a Pũr Air filtration system, which eliminates 99.99 percent of allergens, pathogens and viruses, while providing the cabin with clean air every 90 seconds. The interior also has 4K entertainment, with a media center and HDMI and WiFi. The aircraft is also outfitted with patented Nuage seating, which has a unique “deep-recline feature.”

The Bombardier Vision flight deck in the cockpit is the first to overlay infrared and synthetic terrain imagery for what the company calls “true combined vision” for smooth landings in challenging conditions.

David Coleal, president of Bombardier Aviation, said the first 5500 has special significance for the company since it was completed during the Covid-19 pandemic. “Our employees in Wichita took on the meticulous work of interior completions for both the Global 5000 and Global 5500,” Coleal said in a statement. He added that the company has taken “extraordinary steps” to protect its employees and customers against the coronavirus.

The Global 5500’s wings have been optimized with a re-profiled trailing edge to deliver smoother flight. All Images Courtesy of Bombardier

Here’s a video of the aircraft in flight.