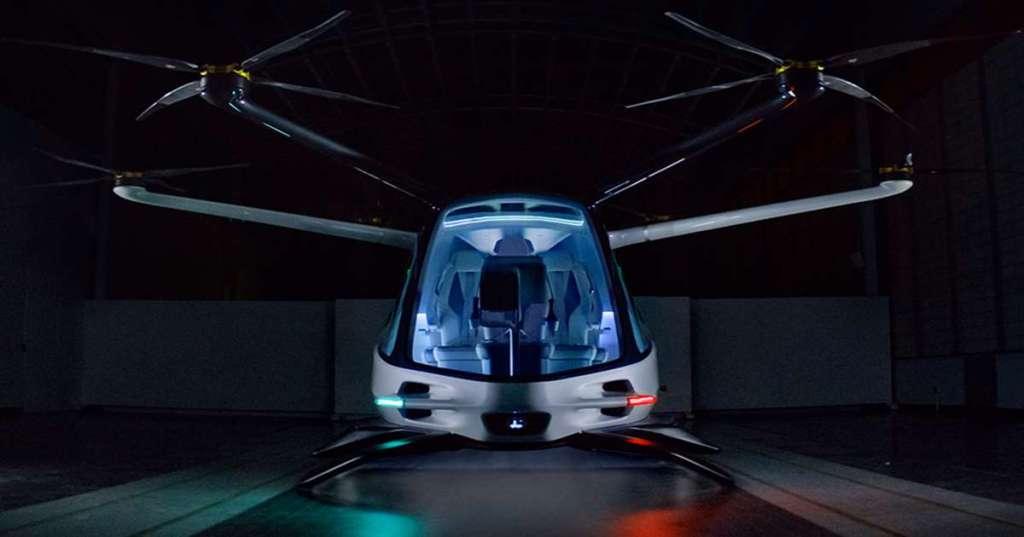 Introducing the Skai, the world’s first zero-emission hydrogen-fuel-cell-powered aircraft from Alaka’i Technologies, which unveiled its new design recently at BMW’s Designworks innovation studio in Newbury Park, California. The Skai will be powered by six rotors, each one mated to an electric motor and fuelled by hydrogen. And with carbon footprint such a hot-button issue in aviation, this bird’s 400-mile, zero-emission range makes it especially interesting.

As the eVTOL (electric vertical takeoff and landing) gets its lift from rotors, it’s technically a rotorcraft but not a helicopter because it lacks a tail rotor. But Alaka’i execs see the Skai more as something that will replace not only planes and helicopters but eventually commuter cars as well. The potential is intriguing (or disturbing, depending on the size of your garage).

Equally thought-provoking is the matter of who flies it: While initially set up to be piloted (for legal reasons), the Skai can also be flown both autonomously and remotely. That may take some time to come to fruition, but as a piloted vehicle, the Skai could be flying within 12 months.

To maximise passenger comfort, Skai’s rotors are placed to minimise noise and vibration in the cabin. The ride experience also includes an airy greenhouse featuring panoramic views for all occupants, ergonomic leather seats, ambient lighting, an Alcantara headliner and device-charging capabilities at each seat. For added safety, the Skai even includes an airframe parachute like that innovated by Cirrus.

Pricing is yet to be announced, but Alaka’i Technologies CEO Steve Hanvey promised that, ultimately, its cost will mirror that of a luxury car. “The going-out-the-door price is far less than you think,” he says. “It’s not a conventional airplane or helicopter price because it’s simple; it doesn’t have many moving parts.” Which is an unexpected bonus.