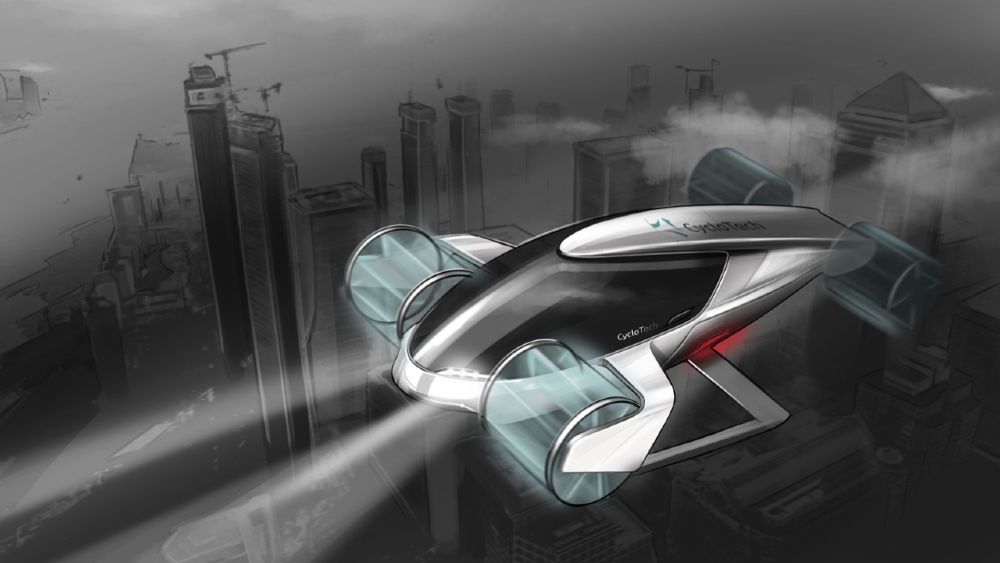 The world of eVTOLs is full of eye-catching designs and imaginative systems, but the concept released this summer by CycloTech might set a new standard, since it uses what it says is a one-of-a-kind technology in aviation.

The company’s Cyclogyro, a reworking of a Voith-Schneider marine propeller for use in the air, provides not only vertical take-off and landing, but omnidirectional maneuverability, and forward-flight capability that has proven more efficient during in-house wind-tunnel tests.

“Our Cyclogyro rotor offers a combination of benefits,” CEO Hans-Georg Kinsky told Robb Report. “Extremely high agility due to direct control of magnitude and direction of thrust, compact design, and stable transition into efficient forward flight mode offer a wide range of possibilities for use in various applications.” 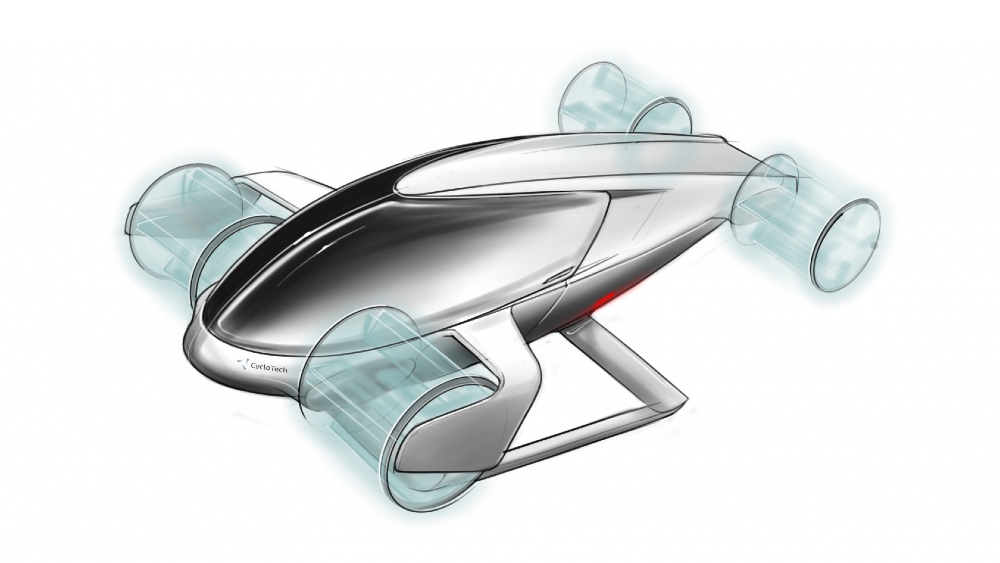 The Cyclogyro’s wings are loosely based on Voith Schneider marine props that are used in commercial vessels for instant maneuverability. CycloTech

A pair of Voith Schneider props allow ships to move in almost any direction and even hold a position or turn within their own length, which has obvious appeal for aircraft. Still, no one has successfully developed a version suited for aviation. CycloTech has established working prototypes using ultralight, high-strength composites to help generate the high rpms necessary and to withstand high-speed forces.

At its core, the Cyclogyro has four wings attached to a central hub. By manipulating the position of the hub relative to the center of rotation, the wings change pitch angle and create thrust, and since the hub can move 360° around the axis, the system can create nearly instantaneous force in any direction. Besides improved efficiency, the system also uses less space, which adds to maneuverability and reduces its take-off and landing pad needs.

CycloTech is working through another round of adjustments meant to reduce weight and add thrust but says that it’s on target to have a 175-pound demonstrator model by the end of 2020. The company envisions a number of applications–from emergency rescue to pipeline repair–and an early air-taxi design is projected to have a range of 25 to 90 miles and cost about 20 percent less to operate than the fixed-wing or helicopter designs analysed in Airbus’s Vahana study.  CycloTech estimates it can have an air-taxi available in about five years. 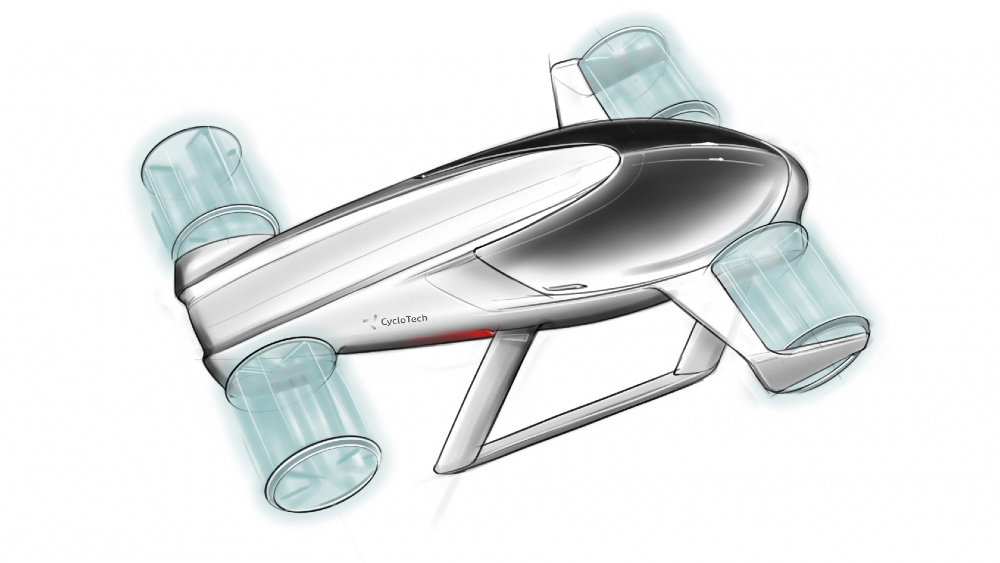 The aircraft will be designed in multiple configurations for different purposes, such as air taxi, pipeline repair and emergency rescue. CycloTech

“The biggest challenge will be the certification requirements due to the fact that we are a completely new technology,” says Kinsky. “We would try to partner with one of the big players on the market to use their existing knowledge, experience and connection—but it will be hard to find the right partner.”