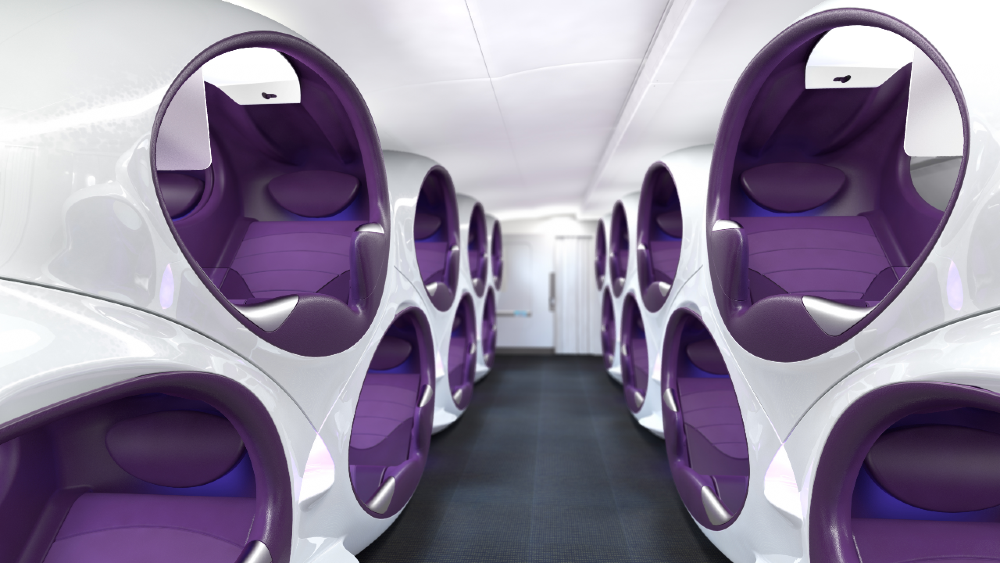 A London design firm that has come up with several aircraft seating concepts in the age of coronavirus is resurrecting a 3-D design that it hopes could offer newer, safer options for first and business class. The Air Lair from Factorydesign London consists of pods that are integrated with each other for privacy, hygiene and space efficiency. The designers reimagined the aircraft interior as more like a honeycomb than a grid.

“The idea of cocooning was built around the principle that every passenger would get their own pod,” Peter Tennent, director of Factorydesign, told Robb Report. “The stacked nature of the concept requires a ceiling within each pod and that, combined with the additional furniture around the passenger, provides a heightened sense of being cocooned.”

The honeycomb pattern means the pods aren’t directly on top of each other, but rather staggered, so they can fit in the aircraft interior. The seat heights, while different than a traditional airplane, can be accessed by travellers who are used to getting in and out of a Ferrari or climbing up into a tall 4×4. 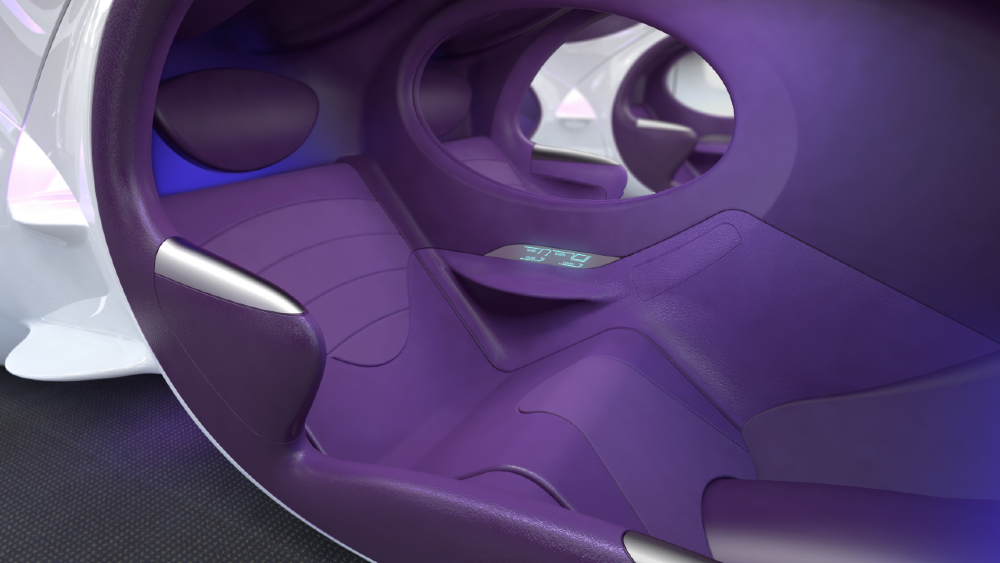 The seating has windows between passengers with access to individual climate and entertainment controls. Courtesy Factorydesign

Tennent said that other creature comforts like air flow and temperature could be “personalised” by each passenger since it’s an enclosed space. “It will be possible to customise the space without being affected by the surrounding environment,” he said. “And since this concept was created a few years ago, significant advances have been made with seat heating and cooling technology, which can also be integrated.”

In the initial design, Factorydesign even proposed Air Lair be applied to the rear of the aircraft and that, instead of classes, airlines begin to think about cabins for different flight profiles—cabins for those who need to work, families, single travellers, and, of course, luxury cabins. 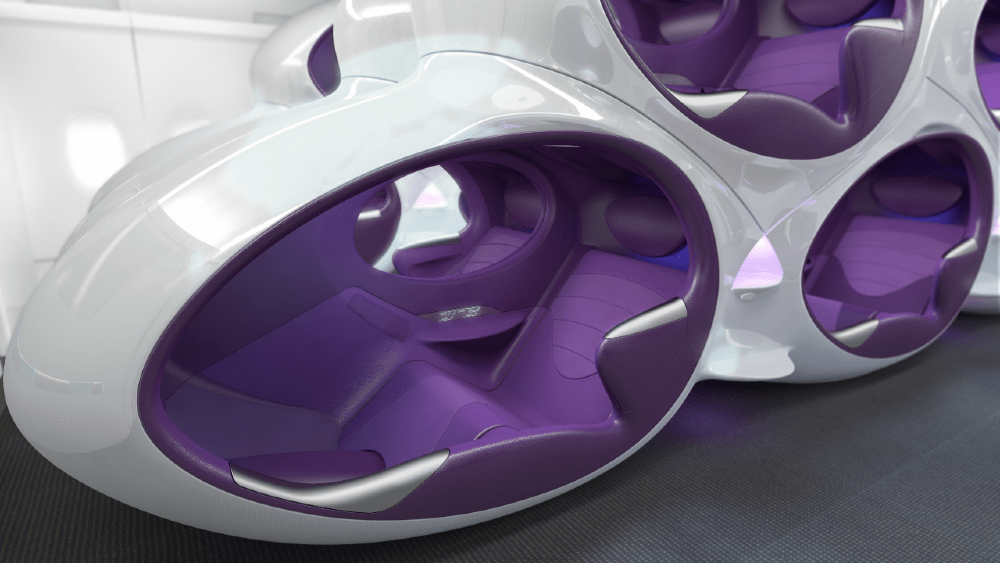 The honeycomb pattern of the seating is designed to fit inside modern aircraft cabins. Courtesy Factorydesign

While that potential revolution in aircraft interiors may be a long way off, it could be possible to add outer doors now to the original Air Lair design. Tennent says his company designed the first business class seating with doors for Delta Airlines, and since then, the aircraft industry has seen other seating with doors and panels.

“We could add more doors or screens to increase the privacy and sense of cocooning,” says Tennent. “But it’s unlikely that the pods would ever be completely sealed units.”