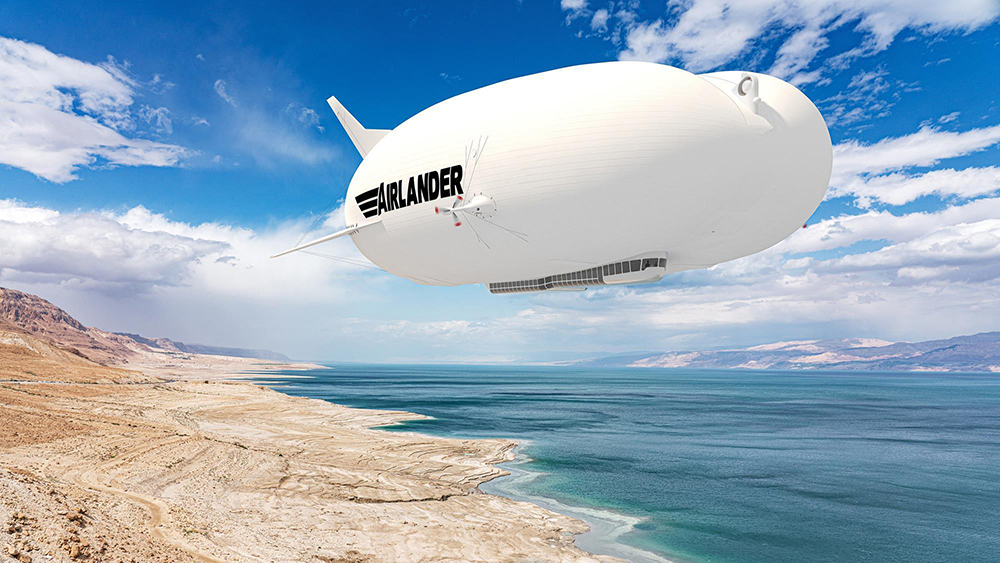 The Flying Bum has even more junk in the trunk than we thought. Being five times the size of the Goodyear blimp just wasn’t enough for Airlander 10. The world’s largest flying vehicle—whose affectionate nickname refers to its bulbous shape—has grown an extra 5 percent in length in the leadup to production.

The previous prototype—built by Hybrid Air Vehicles (HAV) at a cost of around £32.4—measured an impressive 302 feet and had a volume of 1.3 million cubic feet. It carried out six successful test flights between 2016 and 2017 before it crashed dramatically in November of 2017. This time around, HAV is upping the ante.

The in-development Airlander 10 will span an incredible 320 feet and feature a rounder front and new tail section. This refined, lower-drag shape means the new model will burn very little fuel during flight—achieving up to 75 percent lower carbon emissions than comparable aircraft. The landing gear has also changed from non-retractable helicopter-type landing skids to six retractable legs.

In addition, the updated Airlander 10 will boast a wider and longer cabin for passengers, cargo and equipment. At full length, the main cabin (excluding flight deck) offers 2,100 square feet of floor space, ensuring it’s nice and comfortable for air cruises to the north pole which the Airlander 10 is slated to carry out. With 16 passengers on board, the next-gen model can stay in the sky for three full days and cover approximately 2,000 nautical miles. It is also far quieter than a conventional plane.

The team also made adjustments to improve handling in all modes of flight—take-off, climb, cruise, descent or landing—and added a new forward propulsion system and bow thruster. To top it off, HAV is currently developing an electric propulsion system with Collins Aerospace and the University of Nottingham, which means a zero-carbon flight is not far off.