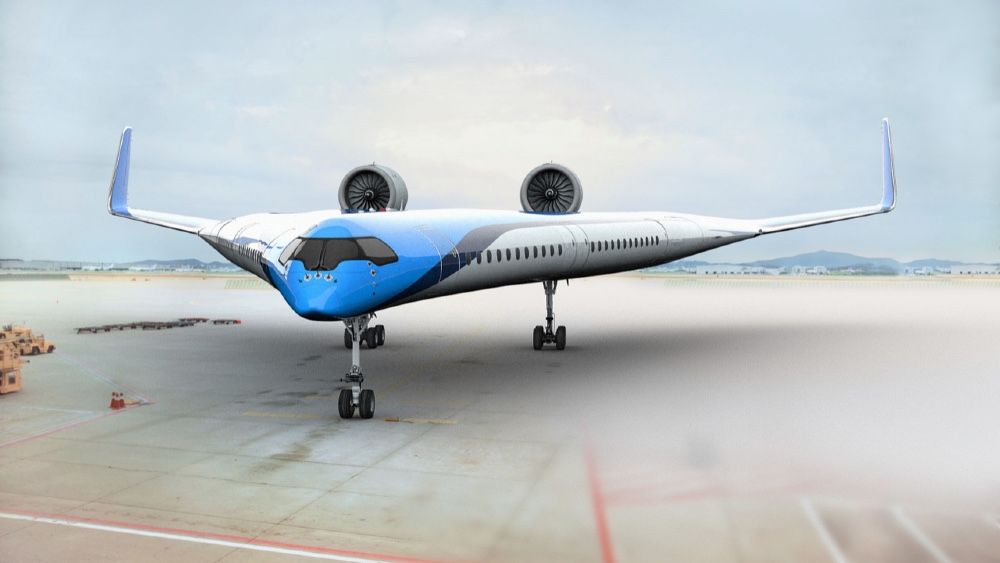 A scale model of the “Flying-V,” an experimental aircraft design with huge wings, took flight recently in Germany. The blended-wing aircraft concept is a project by Delft Technical University (TU Delft) in the Netherlands, with financial support by KLM Airlines. It was recently flown from a German airbase, with the support of a team from Airbus.

The Flying-V was designed as a fuel-efficient, long-range aircraft in which the passenger seating, fuel tanks and baggage hold are built into the wings. Research shows that the unusual design stands to gain up to 20 percent better fuel efficiency than an Airbus A350 jetliner, considered today’s most advanced design. It’s also about 15 percent more aerodynamically efficient than conventional aircraft. At full scale, the Flying-V would seat 314 passengers in two classes.

The scale model was controlled via radio link by a student from TU Delft, who flew it like a drone. Its two 4kW electric “ducted fan” engines were powered by a lithium polymer battery. The student moved the Flying-V through a series of maneuvers, including takeoff, turns and approaches, and landing. 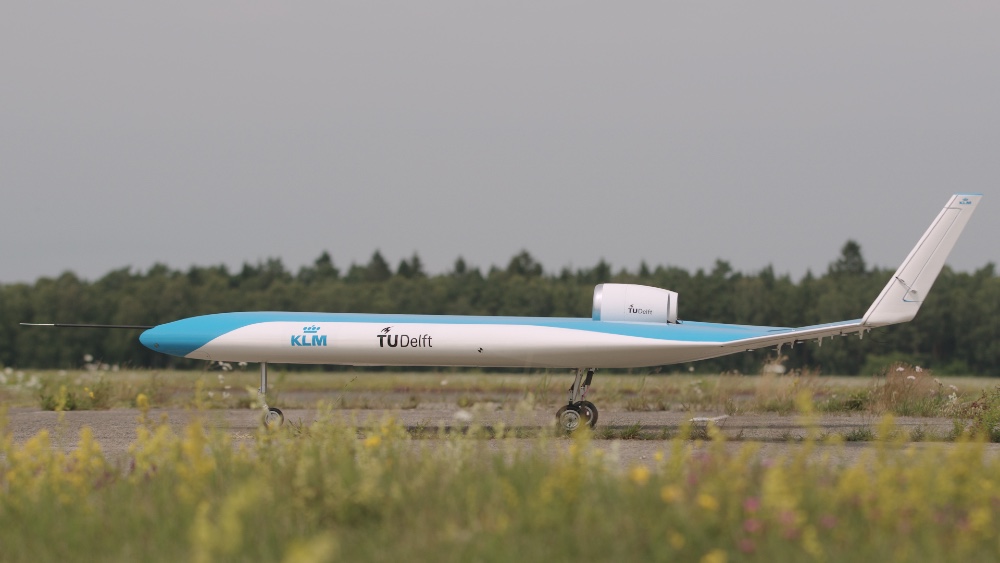 The unusual design would put passengers, fuel tanks and baggage in the oversized wings. KLM

“One of our worries was that the aircraft might have some difficulty lifting-off, since previous calculations had shown that ‘rotation’ could be an issue,” Roelof Vos, an assistant professor of flight performance and propulsion at TU Delft, told Flightglobal.com. “The team optimised the scaled flight model to prevent the issue. But you need to fly to know for sure.”

Vos said that the aircraft’s thrust was strong, and that flight speeds and angles happened just as the team had predicted. The scale model had “somewhat of a rough landing,” said Vos, because of the aircraft’s shape and difficulty in keeping the wings level. That had been predicted, he said, in the initial data. The team will use the flight data to build an aerodynamic version of the scaled model. 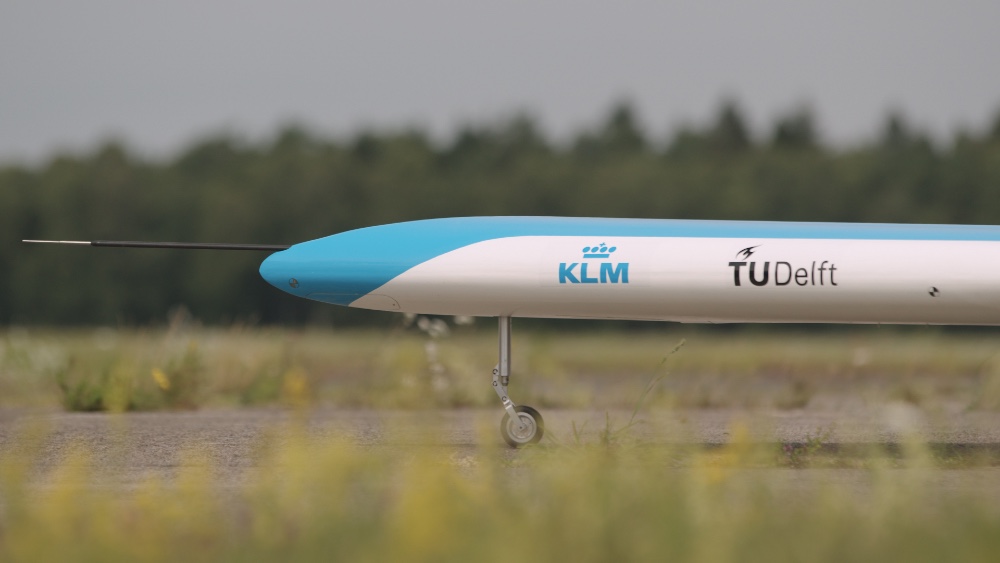 “The design fits within our Fly Responsibly initiative, which stands for everything we are doing and will do to improve our sustainability,” said Pieter Elbers, KLM president and CEO, in a statement, following the successful flight. “We want a sustainable future for aviation and innovation is part of that.”

KLM announced last year that it was building a full-scale mockup of the interior, which it planned to display in October as part of its 100-year anniversary.