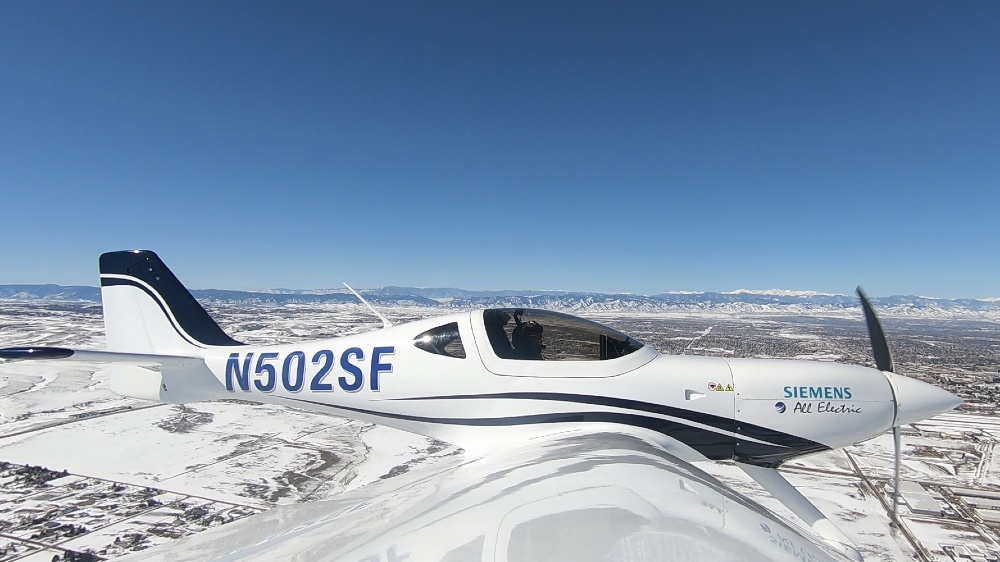 LA-based Quantum saw the opportunity to turn the electric planes into inexpensive air taxis that can perform short hops between local airports. The company plans to start the first route sometime in 2021, linking LAX to other Los Angeles-area airports.

Quantum CEO Tony Thompson told Robb Report that the eCTOL fleet is designed to serve intracity travellers who want to measure travel time in minutes, rather than hours on the highway. It’s calling the project Quantum X.

Unlike the sci-fi quad copters and flying pods of the eVTOL fleet, the eFlyer 2 is a conventional-looking aircraft that uses electric power instead of fossil fuels. They operate at a fraction of the cost of a similar-sized airplane, which makes them attractive as training aircraft and, as it turns out, air taxis.

The eFlyer 2 looks like a conventional aircraft, but its electric engines make its operating costs significantly lower than comparable airplanes. It will serve as the affordable workhorse in Quantum’s air-taxi fleet. Bye Aerospace

George Bye, CEO of Bye Aerospace, says electric aviation will be the springboard of the new UAM networks. Electric aircraft could also breathe new life into the aviation industry. “What we bring to aviation is…electric aircraft solutions to answer compelling market needs,” Bye says of his eFlyers. The company says the eFlyer2 costs around £18.40 per flight hour to operate compared to around £88 per hour for the Cessna 172, while maintenance costs for the electric engines are also much lower.

Both Quantum and Bye Aerospace are expecting rapid growth of the eFlyer fleet, so the companies have developed pilot-training programmes with OSM, a Norwegian aerospace training company. The programmes are expected to take 18 to 20 months for pilot certification.

“Our partnership with OSM means that Quantum pilots will fly commercially in essentially the same aircraft in which they trained,” Thompson says. “Our pilots will be intimately familiar with their aircraft, setting a new standard for safety.”

Quantum, which has a number of former FAA officials and aeronautics engineers on its staff, plans to enter the eVTOL market under its Quantum X programme. It also has long-term plans for sub-orbital spaceships to help build colonies beyond the Earth. That project, called Quantum Z, remains confidential.