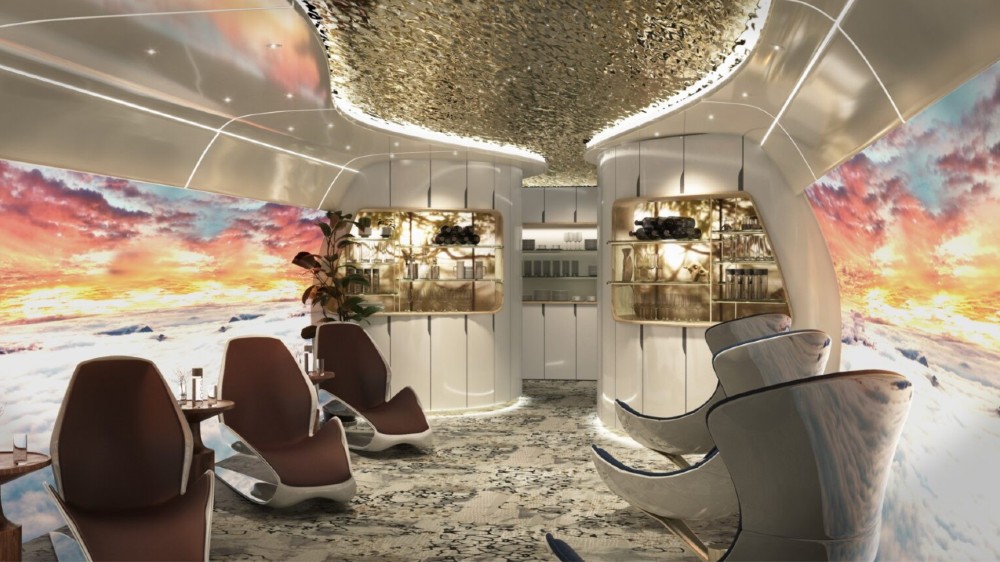 If there’s one trend that has proliferated residential, marine and aviation design in the last few years, it’s the concept of bringing the outdoors inside. Larger windows, integrated transitional spaces and colours and materials that create a natural feel mark the aesthetic. Greenpoint Technologies of Bothell, Washington State, has provided an extreme take on the movement with a concept it created for a Boeing Business Jet Max 8.

“Retreat” is based on recreating the feeling of a luxury spa. It has not only grabbed the attention of buyers but also awards committees. The concept is a finalist in the Society of British & International Design Awards and recently won an International Yacht & Aviation award.

The BBJ Max 8 has more than 1,000 square feet of interior space, which gives designers many possible interior layouts.  Courtesy Boeing

“Retreat is an original Greenpoint Design interior, and this award showcases the immense talent of our entire team,” said Annika Svore Wicklund, Greenpoint’s design director. “Together we achieved a timeless, elegant interior equipped with progressive technologies and luxuries inspired by a world-class spa retreat.”

Greenpoint realised the desired effect by keeping the high-tech amenities air travellers expect tucked away in customised cabinets that blend into the flowing design. Hard, shiny fixtures and surfaces with curving profiles and pod-like swivel chairs add to a space-age feeling, but everything else about the space goes towards a sense of nature and relaxation.

The outboard walls are covered in organic LED monitors that project videos of the destination or the views from high-definition cameras mounted on the exterior of the plane. The ceiling, comprised of individual panels, has a high-gloss metallic finish designed to mimic a flowing river.

Elsewhere, biophilia in the form of live plants and internally lit terrariums bring earthy aromas and splashes of green while softening the edges and warming the vibe.

The BBJ Max 8 has a cruise speed of 470 knots with a 6,555-mile range. It also has 1,025 square feet of interior space. A large stateroom, two baths and two large seating areas are typical arrangements, and seating capacity can range from eight to 18. The price with an interior like Retreat would likely surpass £80 million.