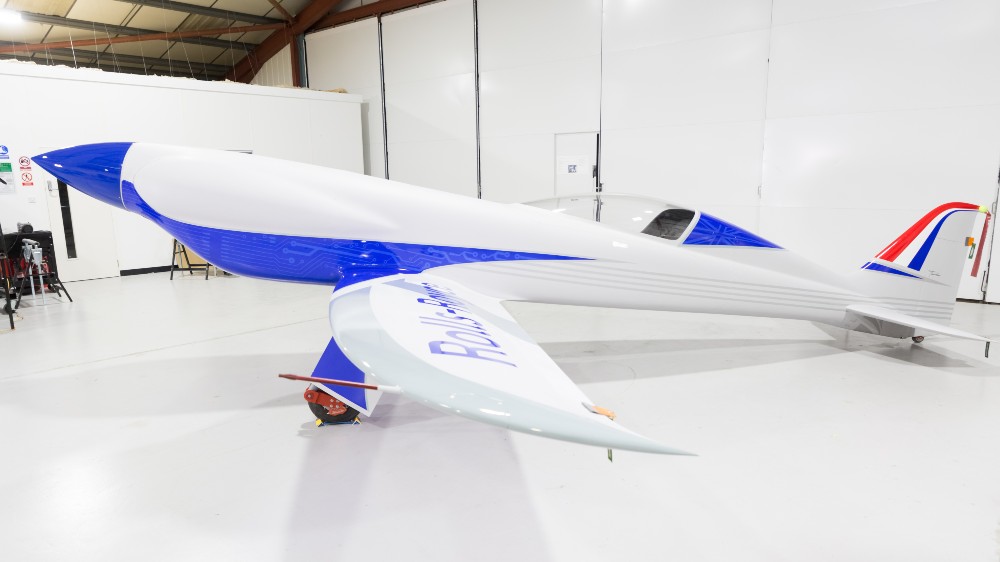 Rolls-Royce’s attempt to build the world’s fastest all-electric plane is picking up speed. And while an attempt at the record is still a few months off, the company has just unveiled the plane it hopes will accomplish the feat.

The ACCEL, a single-passenger, zero-emission aircraft was publicly revealed by Rolls-Royce at the Gloucestershire Airport in England on Thursday afternoon, according to a press release. First announced earlier this year, the speedy plane—whose moniker is short for “Accelerating the Electrification of Flight”—will attempt to hit speeds in excess of 300 mph next year.

Built in partnership with electric motor and controller manufacturer YASA and the aviation startup Electroflight—and partially funded by the British government—the plane purports to have a ground-breaking electrical propulsion system. Currently undergoing testing on the company’s ionBird test airframe, the system includes three high-power-density axial 750R e-motors connected to the most power-dense battery pack ever assembled for an aircraft. Featuring 6,000 battery cells, the pack produces enough energy to generate 750 kW (1,005 hp) and fly 200 miles on a single charge.

The all-electric powertrain also has an advanced cooling system that will directly protect the battery cells by keeping their temperatures down during speed runs. Its propeller blades also spin at a far lower rpm than a traditional plane’s, allowing for a more stable and quieter flight. All told, the entire system delivers power at 90 percent efficiency even when pushed to the limit. For comparison’s sake, an F1 race car barely reaches 50 percent efficiency.

“Building the world’s fastest all-electric aircraft is nothing less than a revolutionary step change in aviation, and we are delighted to unveil the ACCEL project plane,” director of Rolls-Royce Electrical Rob Watson said. “This is not only an important step towards the world record attempt but will also help to develop Rolls-Royce’s capabilities and ensure that we are at the forefront of developing technology that can play a fundamental role in enabling the transition to a low-carbon global economy.”

While there is still plenty of testing to be done, it’s clear that the project is moving forward aggressively. If it continues apace, Rolls-Royce hopes that the plane will be ready to start setting records next spring.