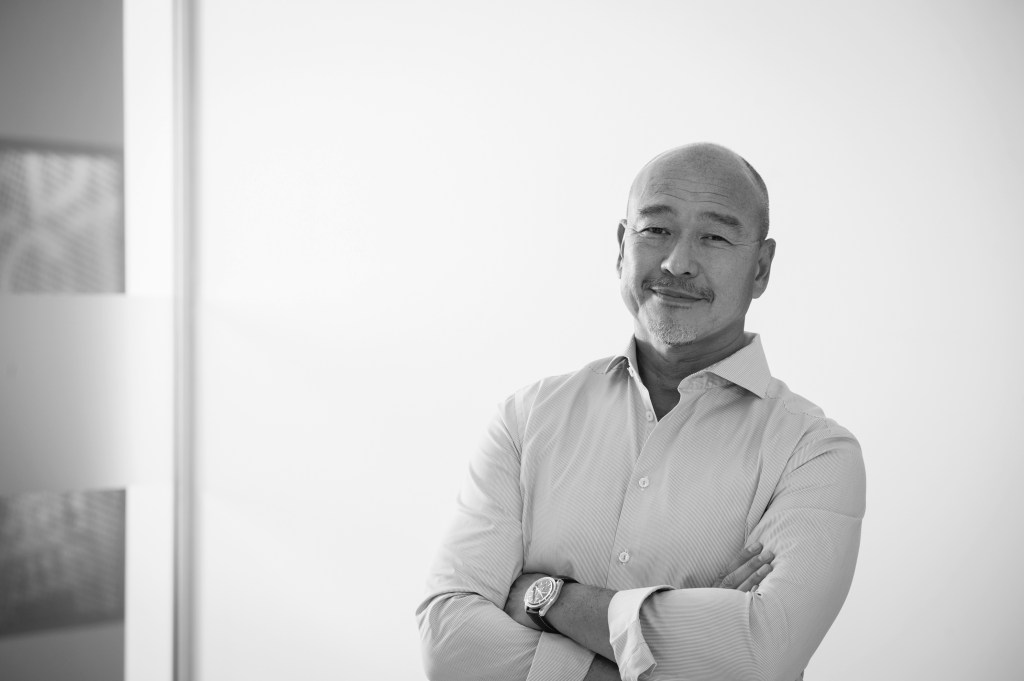 Sustainability, for Clive Jackson, is not a buzzword: it’s a coherent game-plan to which the aviation must adhere in order to remain commercially and morally tenable. Having also founded Global Beach – a digital agency providing design services to numerous Fortune 500 and FTSE 250 Companies – in 1993, he was inspired to set up Victor (whose Legacy 650 jet is pictured below, in London and New York) by frustration with the antiquated jet charter broker industry. Aviation, he says, needs a revolution – for its own survival and, in the longer term, humanity’s.

What factors are making private jet users more savvy, and more caring, about the environment?
In Europe, climate change has been in the news almost every day so far this year and continues to accelerate. The regular private jet users – business leaders, actors, UHNWIs –  are increasingly aware that their brand and reputation is on the line and subject to massive social media ridicule, which is something they can no longer ignore. Waiting for governments to declare a tax is not the answer. The more aware and considerate people are of their privileged position in society, and that so many others look up to them to show leadership, the more we will see the biggest individual polluters not just going totally carbon neutral but double or quadruple carbon neutral in every aspect of their lives. Most importantly, they can inspire others to follow suit and together we can make a real difference to the climate emergency with measurable action.

How is Victor leading the way?
With a mandated double carbon offset on every flight (paid for by us), and we’re asking our customers – the movers and shakers of the world, the opinion formers, some of the most influential individuals on the planet – to top up out of their own pocket and offset by as much as 1,000 per cent to ensure we can include sustainable fuel as part of the fuel mix. It will only add 1 per cent to the cost of their charter.

Behind our campaign are three key initiatives: avoid, reduce, offset. The first, avoid, means not flying wherever possible. I have in fact reduced my international travel by a half to lead by example. Secondly, we are using smart technology to reduce the output of CO2 in the atmosphere. By working with our sister company, award-winning provider of flight planning, RocketRoute, we calculate emissions, optimise flight routes and reduce fuel burn. A recent 2019 concept study conducted for departures from Gatwick Airport of both commercial and private aircraft movements found that, for routes which could be optimised, RocketRoute identified an average of five per cent fuel burn reduction, with some operators seeing even greater fuel savings. Thirdly, we’re offsetting the actual CO2 emissions from every Victor booked flight by no less than 200 per cent by investing in international accredited carbon reduction programmes across the globe. Our customers are then encouraged to match our contributions.

Aside from this, the industry needs research and development in sustainable aviation fuels and electrification. We’ve partnered with Neste, the world’s largest producer of sustainable renewable fuels, and the European Business Aviation Association to raise awareness and stimulate demand for biofuels. We’re also facilitating the accurate calculation and disclosure of CO2 on every flight (not just Victor’s) and providing a mechanism for anyone to mitigate their carbon footprint through the adoption of sustainable biofuel and carbon offset credits that support nature-based carbon capture solutions.

By partnering with some of the world’s largest energy producers such as BP, we aim to accelerate their efforts in moving us all towards a lower carbon future. Consumers today need and demand fossil fuel – that’s a given – but by working the inside channel and creating compelling win-win strategies, we stand a bigger chance of driving change where the environmental campaigners fall short, and are banging their heads at the city gates.

Is luxury-with-a-conscience a broader phenomenon in the HNWI realm, do you feel?
With the rapid growth forecasted of HNW millennials and Gen-Z, who are at the opposite end of the spectrum to Baby Boomers and Gen-X in terms of how they consider the environment and what they consume. Luxury brands are having to innovate to show the provenance and methodology behind their service and/or product. Many Millennials and Gen-Zedders simply won’t engage unless they are convinced a brand has a transparent and sustainable approach.

Recognising this, luxury brands are focusing increasingly on more holistic, personal and sustainably conscious experiences/products as opposed to short-term gain status symbol purchases – take Stella McCartney’s Agents of Change campaign as an example. There is a careful balance currently between those that view sustainability as an added USP or essential in the purchasing decision.

Consumers will continue to aspire to a better life for themselves and their families which includes travelling more. We can’t take this right away, but as businesses servicing the HNWI, we can work towards fostering a mindset whereby we must all measure and mitigate the effects of our lifestyle on the planet. It’s down to businesses to be bolder to drive behavioural change so that consumers become accountable for their emissions and environmental impact.

You’ve mentioned “highlighting a very uncomfortable truth” in the sector – has this had any impact on commercial prospects for the company, or perhaps funding?
I founded Victor in 2011 with trust and transparency at its heart, disrupting an otherwise antiquated industry, and I still uphold this core value today by outlining our environmental impact and doing something to mitigate it. I’ve been criticised by some – thankfully a small minority – in the industry for publicly acknowledging and highlighting the comparable level of CO2 emissions which result from private jets, but we cannot ignore our industry’s contribution to global warming. I’d rather focus on taking steps of positive action and forming a coalition of the those in favour as opposed to those resisting practical change. Of course, we want and need to be a successful business – this is the first rule as an entrepreneur, and one which I uphold – but I hope to be demonstrating that it’s possible to run a successful business and do good at the same time. We have to be willing, however, to take even a fraction of a percentage of our profits and give something back.

Surely there are long-term positive business effects too?
Whilst aviation is responsible for a relatively small part of total greenhouse gas emissions, at two per cent, and business aviation a fraction of that, we have to recognise that we fly the key influencers and trend setters who have the greatest propensity to make a difference by influencing others. With the growth in aviation continuing to rise exponentially, we’re seeing forecasts which suggest that, by 2036, this industry will account for up to 10 per cent of global CO2 emissions. If we don’t take charge of the challenges now, then we may well face a future of regulation which will curb our rights to travel.

How are industry figures responding to your mission?
Victor is the first and only jet charter company to double offset flights. This places us steps ahead of our competitors which is of course highly regarded by investors. This campaign has received an incredible response from customers, partners, investors, advisors, our operators and other luxury brands who applaud what we’re doing. I’ve also been personally contacted by other business leaders wanting to adopt a similar initiative. I believe that our position on the environment and desire to make Victor the world’s most environmentally responsible private aviation brand is an achievable mission which lends real support to the matter of climate change given who we can influence and our decision to lead by example. In terms of the impact on funding and growth only time will tell.

What was the catalyst moment when you realised that this venture was your calling?
Firstly, reading about the conflicting opinions regarding climate change. I felt the case had been badly made on the part of the environmental scientists, which isn’t surprising when pitted against big business and their PR machines. There was a time when I sat on the other side of the fence so I know how formidable mega corporations can be. I switched my boat to all-electric in 2009 and then my car, a Mercedes SLS AMG, to a Tesla which has been amazing, having had many a super car before. I thought I would miss the roar of a throaty V8 but now I’ve come to appreciate the almost silent and effortless acceleration but without all the drama of noise and smoke. The pivotal moment in business was when I got involved with some senior executives in BP back in 2015 and eventually taking investment from BP’s Venture arm and introducing a carbon offset program which saw 25 per cent of all our European flights become carbon neutral in 2018.

What’s your personal definition of luxury?
Having the opportunity and time to reflect and enjoy moments/experiences that you have worked hard to attain. It’s not about how much you’ve spent – the enjoyment in an experience is relative to the individual and their personal interests.

In what places/situations do you get your strongest business ideas?
Sitting or doing things on my own, usually in the calm of the early morning and at home. Also, mostly when I’m doing something routine, be it in the gym or swimming.

Who – dead or alive – has inspired you the most and why?
Those who served others and their country, not just themselves. So, politicians such as Margret Thatcher, who conducted themselves with dignity, and served their country without doing so for self-gain, recognised the implications of their actions and, regardless of their beliefs, could affect the world. I admire those who place the betterment of the country and society as a whole above all else, while recognising that aspiration and enterprise is the engine of progression.