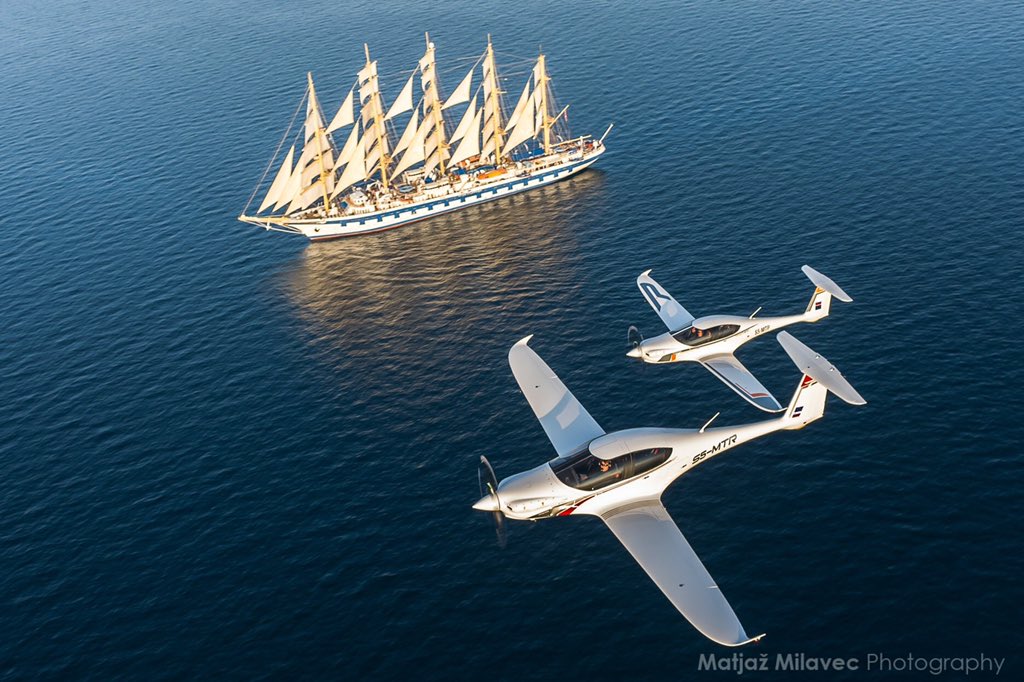 While 13 years may not sound long, the Slovenia-based manufacturer is actually the oldest electric aviation company. Pipistrel has been producing gasoline-powered light aircraft for decades, starting out in 1989 with powered hang-gliders and subsequently moving to ever-larger light aircraft. These days, it supplements its traditional aircraft with a growing number of e-planes.

The electrification happened when Ivo Boscarol, Pipistrel general manager, installed an electric motor on the company’s Taurus glider. That first electric aircraft, Taurus Electro, is still in production. The electric motor can produce 40 kW of peak power for two minutes, or 30 kW of continuous power. Boscarol told Robb Report that the Electro was the world’s first electric two-seater. It is now in the 2.5 version.

The two-seat Velis Electro is one of three electric aircraft Pipistrel is currently manufacturing. Pipistrel

While the company has developed nine electric aircraft over the years, three have gone into production and a fourth is on the way. Pipistrel’s second e-plane, the Alpha Electro, was a more ambitious two-seater than the Taurus Electro, with an hour of flight autonomy. Boscarol says it has short-runway takeoff capacity, and its climb rate of 1,220 feet per minute bests similarly sized gasoline aeroplanes. Oh, and the best thing, it costs only about 80p per hour to fly. The engine of the FAA-certified light-sport aircraft also comes in a water-cooled version.

It may sound odd that Slovenia, part of the former Yugoslavia, is such a hotbed of electric aircraft design. “Slovenians just seem to have fresh ideas and never give up,” says Boscarol. “Our company has many firsts, including introducing composite materials to pioneer the ultralight class aviation and, by extension, that of electric flight.”

Pipistrel, with about 250 employees, also has operations in Italy, Germany and China, with about 40 distributors around the world, including Pipistrel USA.

The Panthera’s electric engine gives the aircraft a 250-mile range, while the hybrid version extends it to 1,100 miles. Pipistrel

The Velis Electro was the third in Pipstrel’s electric lineup that went into production. It recently received its EASA aircraft certificate and is waiting for FAA certification. The company is also developing the Pipistrel 801 eVTOL for Uber Elevate as an air taxi, and under a separate program, the UAV VTOL as a cargo drone. It is also working on a 19-passenger regional aircraft.

Its most exciting new design is the Panthera, a four-seater that will be available in petrol, hybrid and electric versions. Boscarol says the gas-powered Panthera is already in production. “It’ll soon be followed by the electric variant,” he says, adding that the design is the “sum of our aviation expertise” since the company was founded.

The Panthera can take off from small and short-runways and sips a frugal 10 gallons per hour at 200 knots, compared to 17 gph for similar aircraft. The hybrid version’s 145-kW powertrain has a generator for an extended 1,100-mile range.

The Panthera is already being manufactured with gasoline engines, and will be the company’s largest electric plane once it is certified. Pipistrel

The electric version will have the same powertrain, with a 250-mile range. Boscarol says the biggest obstacles to electric flight are the fuel cells. “We need to see batteries with more energy to see improvements,” he says. “But they are coming.”