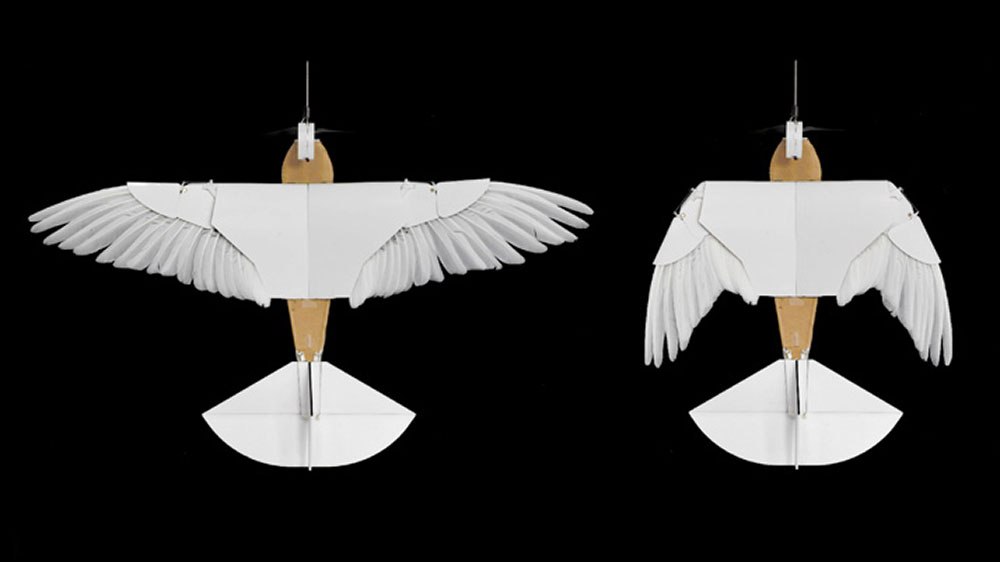 Is it a bird? Is it a plane? No, it’s a drone. Introducing the PigeonBot, a new UAV designed to soar like a real-life pigeon using bird-like feathered wings.

Developed by a team of researchers at Stanford University, the experimental drone boasts a pair of “biohybrid morphing wings” which are constructed from real feathers and help to propel the device through the skies.

From the outset, building a robotic pigeon may seem a little high-school science class, and the makeshift construction won’t disabuse you of that notion. But the device is actually attempting to solve some pretty complex problems, like how to build more agile unmanned aerial vehicles that can make better turns in tighter spaces.

PigeonBot may also help us to better understand how birds fly—specifically, the dynamic wing shape and the complex positions of individual feathers—which, up until this point, has remained something of a mystery.

So, how exactly did PigeonBot take flight? The head of Stanford’s Bio-Inspired Research & Design (BIRD) Lab David Lentink challenged his graduate students to “dissect the biomechanics of the avian wing morphing mechanism and embody these insights in a morphing biohybrid robot that features real flight feathers,” according to TechCrunch.

The students began by analysing bird skeletal motion, taking as their muse the humble pigeon, which Lentink admires for its resilience. They discovered that it only took a couple of motions—or flaps—to move 20 primary flight feathers and 20 secondaries. Then, they took all that research and created a lightweight robotic frame. Forty real pigeon feathers were affixed to the frame, and PigeonBot was born.

With a little help from a propellor attached to the front, PigeonBot can steer and maneuver through dense urban environments or forests, just like one of our regular feathered friends.

PigeonBot’s morphing wing tech could help improve wing design within aircraft and ensure drones operate more safely. As an added bonus, Lentink says the softness of the feathered wings will make it harder for the drone to injure people if there are any accidents.

At this stage, PigeonBot is just a prototype, and Lentink is currently working on a tail to match the wings. The industrious engineer is also working on a new robotic falcon that could feature both legs and claws, according to TechCrunch. Can an EagleBot be far behind?