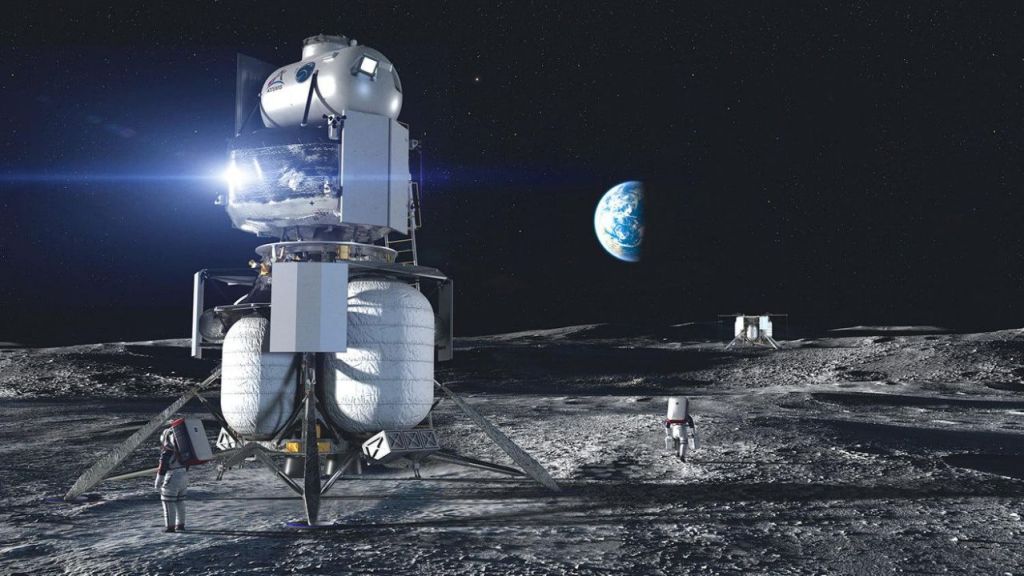 There’s a new kind of space race. NASA has named three privately owned companies to develop lunar landers that will carry astronauts to the moon’s surface in 2024—and beyond. The three teams, which include Blue Origin, Space X and Dynetics, have been tasked to build their own lunar landing systems for NASA’s Artemis programme. The systems could potentially be used for future expeditions.

The goal of Artemis is to establish a sustainable, long-term presence on the moon by the end of this decade. Called Artemis Base Camp, it will most likely be located in Shackleton Crater at the moon’s south pole, NASA said last month. The base camp will be designed for lunar exploration. It will also serve as a launchpad towards the exploration of Mars, which could happen as early as the 2030s.

SpaceX’s Starship will be used as the lunar landing vehicle, but it was also designed for more ambitious space exploration like voyages to Mars. NASA

NASA’s announcement yesterday regarding the contracts for the lunar landers are the next step towards the 2024 mission. Artemis plans to use Orion, described as an “existing, human-rated, deep-space spaceship” as the primary space vehicle.

“This is the first time since the Apollo era that NASA has direct funding for a human landing system, and now we have companies on contract to do the work for the Artemis programme,” said Jim Bridenstine, NASA administrator, in a statement. “With these contract awards, America is moving forward with the final step needed to land astronauts on the moon by 2024.

Blue Origin said in a statement that its concept lander is being co-developed with Lockheed Martin, Northrop Grumman and Draper. “This will be the next major milestone in the history of human space flight, and we’re honored to be a part of it,” said Bob Smith, CEO of Blue Origin, in a statement. “It’s time to go back to the Moon, this time to stay.”

The Dynetics lunar lander is different from its two competitors, with descent and ascent stages. NASA

According to Space.com, SpaceX’s proposal will center on its large Starship vehicle, which SpaceX said will also help colonise Mars. It will be launched from Earth atop a huge rocket called Super Heavy, but Starship will land on and off the lunar surface on its own. Blue Origin’s concept shows a much smaller landing vehicle. Its project will also have an ascent vehicle and transfer stage. Dynetics has a two-stage system comprised of ascent and descent stages.

The awards for the lander designs came from NASA’s Next Space Technologies for Exploration Partnerships (NextSTEP-2) programme. The contracts are worth a total of around £775 million.

NASA said it will work with the three teams over the next 10 months, assessing progress as the landing systems are developed. At that point, the agency will decide which team will be allowed to perform initial demonstration missions. NASA will then decide which of the three should proceed for more advanced testing and, ultimately, which vehicle will serve as the lunar lander.