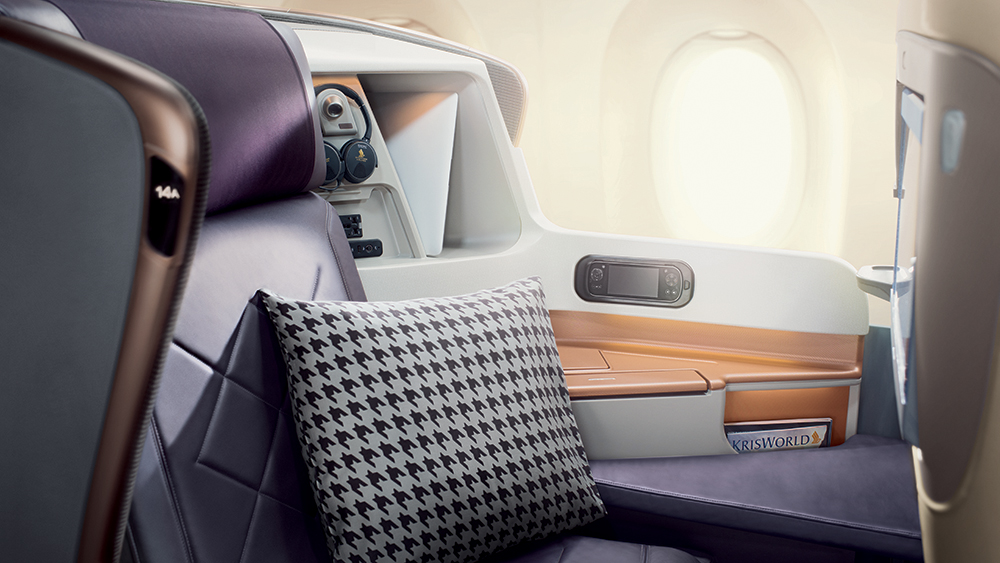 There’s not enough moisturiser in the universe. That’s my first thought when I consider taking the world’s longest non-stop flight. My skin is going to take a beating.

Long-haul flights are not uncommon in my travel schedule, and they always leave my face feeling both oily and terribly dry—a not-lovely combination upon landing and starting a day in a foreign city.

Nineteen hours up in the air more than 9,000 miles from Newark to Singapore surely doesn’t bode well, no matter how comfy the lay-flight bed. Ready thyself for misery, right?

Not necessarily, says Dr. Richard Carmona, a former US Surgeon General and a health expert at Canyon Ranch Wellness Architects. “Singapore Airlines is a leader in the field when it comes to mitigating the effects of long-haul flights,” he told Robb Report in a phone interview. “They re-engineered the planes, and carefully designed a plan to help ensure that when you get off the plane, you’re happy, energised, and noticeably less jet-lagged.”

Of course, Dr. Carmona is not unbiased. The airline has a partnership with Canyon Ranch, and as chief of health innovations for the ranch, he helped design the wellness programme for the long flight. Two of those innovations include specially designed lighting and a food menu with locally sourced veggies.

But even Carmona will tell you—the plane’s the thing. Singapore Air is the only airline in the world to currently fly the new, ultra-long-range Airbus A350-900ULR. The specially outfitted A350 is a marvel of engineering, using carbon-fibre composites in the hull. That’s the same kind of material you find on supercars such as Lamborghinis.

The dynamic in the air is not different than on the road. The carbon fiber makes the plane lighter so it can fly further distances with less fuel. The A350 can travel up to 11,000 miles using twin Rolls-Royce turbofan engines that maximise efficiency, using some 25 percent less than fuel than previous models.

The material gives the aircraft greater structural rigidity as well, allowing for higher ceilings and larger windows, a great boon when you’re cocooned in a tight space for the better part of a day. Think of a well-lit mansion rather than a blacked-out hut. Lighting changes throughout the flight mimic the natural cycle of the day. The system avoids blue lights, which can keep you up when you try to sleep.

And when it comes to your skin, there’s another critical difference. Since carbon fiber doesn’t corrode with the introduction of moisture, Singapore Air is able to pump in higher levels of both oxygen and humidity. From EWR to Chiang, I never get that unwell, soporific feeling of not-enough oxygen, and my skin is neither greasy nor dry when I land. That’s a happy surprise.

There’s no economy here, either. The airline offers only two cabin types on this flight: Business and premium economy. The 67 business seats are some of the widest I’ve ever encountered (28 inches), and passengers get a thick comforter and three pillows and a massive digital screen with about a billion hours of entertainment.

And then there’s the food. Too often dishes off the wellness menu can be unsatisfying, but the Canyon Ranch’s menu includes delicious, turmeric-infused juices, lobster dishes, and desserts. They’ll also be using greens from an indoor vertical farm located near Newark, called AeroFarms, which allows for fresh greens all year which will be delivered right to the plane.

All and good, but how does that make you feel when you actually get out of the plane?

I feel, well, relaxed but not overly tired. I get to my hotel, do a quick workout, and then decide that I’m ready to go out for the night and explore the best food and drinks that Singapore has to offer. After 19 hours in the plane, you can’t hope for better than that.