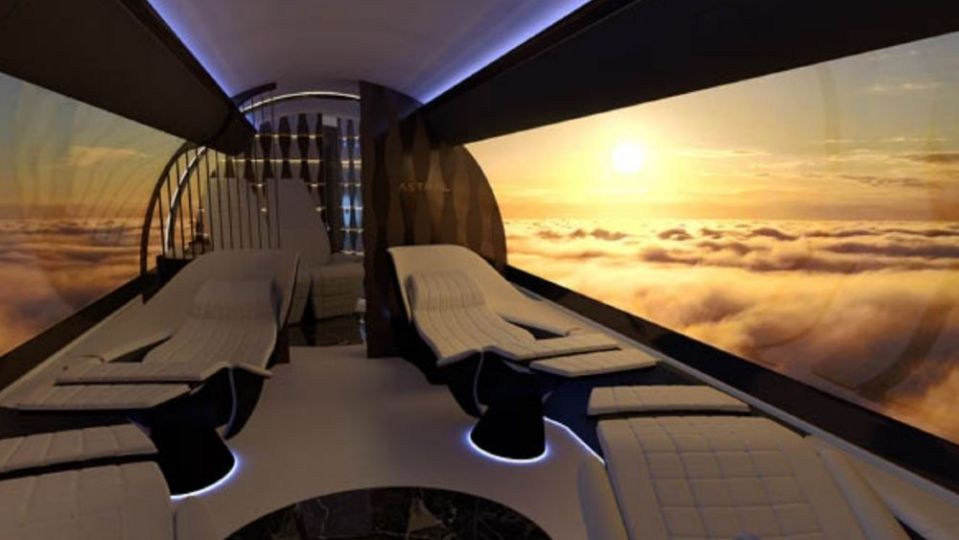 One of the major complaints of business aircraft owners is that the interiors feel too small. While that’s not an issue most air travellers will have to confront, many designers say there’s a simple solution: Instead of a bigger jet, you may just need a better interior design.

“Since an aeroplane, by nature, is a confined cylinder, maximizing the impression of space is a major goal during the design process.” So says Jean-Pierre Alfano, creative director at AirJet Designs, an award-winning aviation design firm in France.

The focus on space is not strictly a personal preference, adds Alfano, but one of the most sought-after commodities among jet owners. “Having an interior layout and design that provides more space is a frequent request,” he says. “However, it has to be a compromise with the functionality of the interior and its seating capacity.” 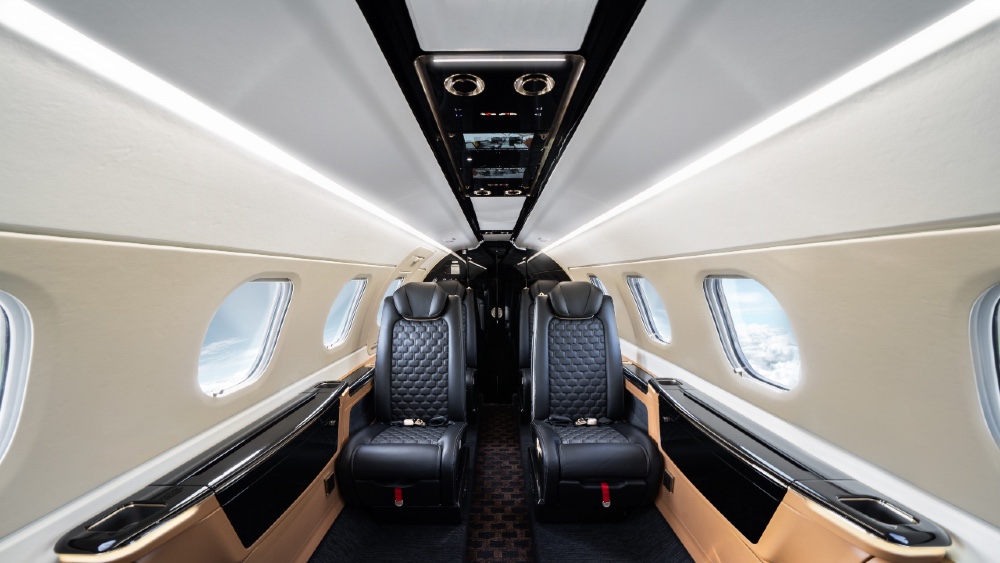 The new Bossa Nova design on the Embraer Phenom 300E moved the control panels to the center ceiling of the aircraft, giving the illusion of more interior space. Courtesy Embraer

Designers often bridge that functionality divide by using elements that give a sense of space that appears larger than the actual footage. “Our new lighting system provides such beautiful light. After experiencing the system, many customers commented on how wide it makes the G700 feel,” Tim O’Hara, director of design innovation at Gulfstream, told Robb Report. “This goes to show you what beautiful, clean light can do to a space and how it complements the beautiful surfaces.”

Alfano also uses light, in conjunction with other elements, to enhance the sense of depth and flow. “We also favour clear material, colour-tone combinations, and work on the placement of lighting sources in order to improve the feeling of space in the cabin,” he says. “A balanced use of light reflecting glossy finishes (on metal or wood partitions, for example) or mirrors in some areas can also be used to increase the sensation of space.”

Embraer introduced the enhanced Bossa Nova interior design for the Phenom 300E earlier this year, and it won an award for private jet design. Jay Beever, vice president of Embraer Design Operations, thinks the “subliminal” aspects of the layout had the greatest impact, although minimizing and moving physical equipment also played into the result. “When you enter the Phenom 300E, it actually feels bigger than its predecessor,” Beever told Robb Report. “Various adjustments contributed to this feeling, including the fact that we brought the gaspers, or air vents, reading lights, and entertainment screens into the middle of the aircraft, which allowed for one extra inch of headroom clearance above the seats.” 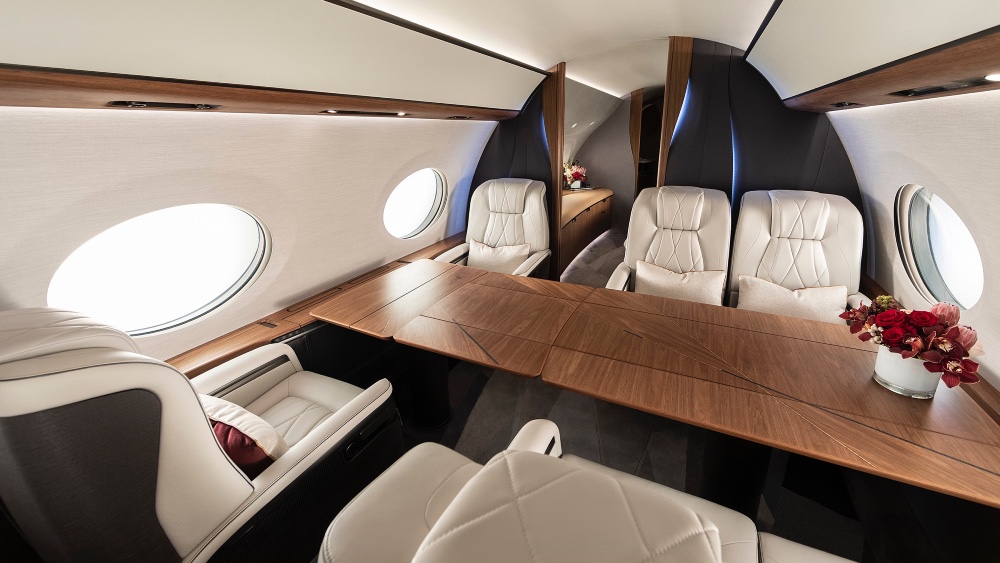 Gulfstream worked hard to enhance the direct and indirect lighting systems on the new G700. “Many customers commented on how wide it makes the interior feel,” said a Gulfstream executive. Gulfstream Aerospace

The Embraer design team also positioned the gaspers to be flush with the technology panels to maximise comfort. “It’s just one example of how ergonomics, our first pillar of design, benefits passengers,” says Beever.

A company called Yasava Solutions is taking a very different approach with its new Zen interior designs. Geared for large business jets, the Swiss firm has designed an innovative seat called the Aïana Wave, which it calls an “anti-gravitational support system,” that improves circulation, breathing and sleep during long flights. On top of that, its Zen OLED walls project any interior layout that the aircraft owner wants, from a soothing tropical forest to bright colours.

“Others are experimenting with mood lighting. We’re taking it to the next level,” says Christopher Mbanefo, CEO of Yasava. “We can design wood veneers without actually using wood. An owner can change the design midflight from wood to, say, a stone inlay by pushing a button.” Beyond maximising interior space, says Mbanefo, the system does not use real wood or stone, which adds to any aircraft’s sustainability efforts. 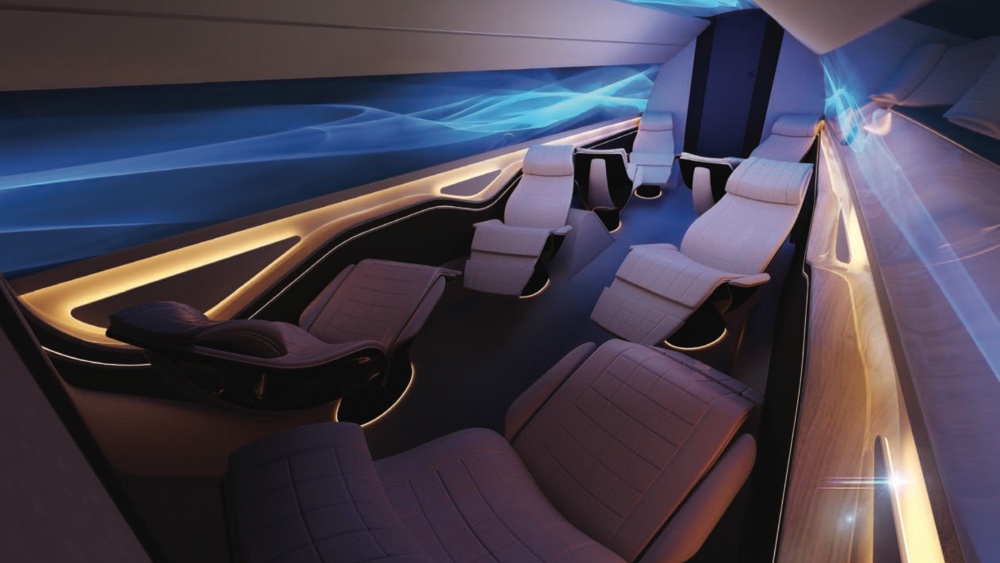 Ultimately, however, there’s only so much a designer can do to increase the impression of space, when the aircraft requires seats, tables and baggage holds. “There are so many factors in an aeroplane that influence its function, including weight limits and other certification requirements,” Alfano says.

Still, the French designer is only willing to concede so much ground to the structure. “I personally believe that a good aircraft interior design has to be primarily driven by form rather than function to give an elevated feel of well-being and personalised luxury to the private traveller,” he says.