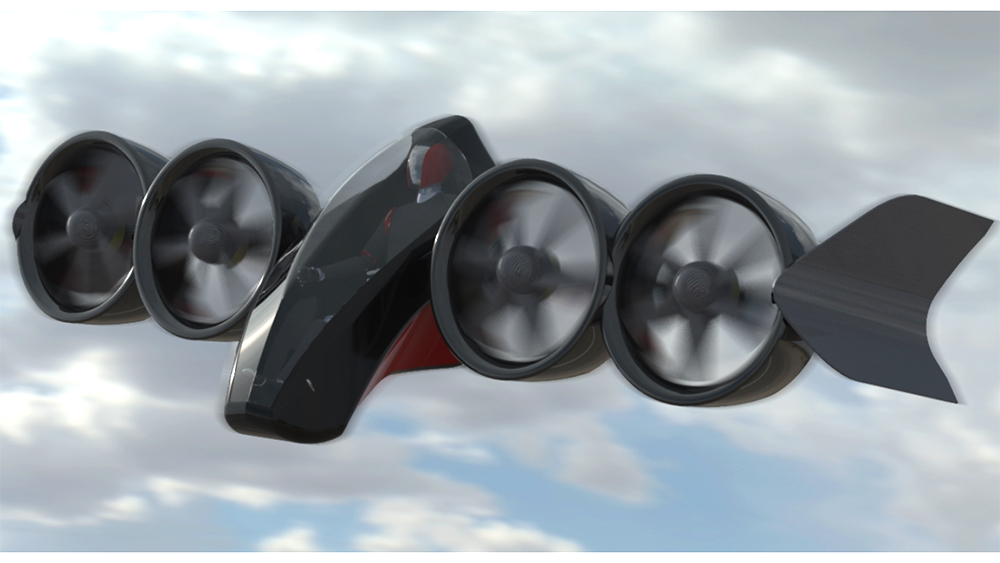 Want a personal-air mobility vehicle years before others will be available? A single-seat, Star-Wars-like, four-fan aircraft that can take off from the backyard, soar around the area, and then land at the golf course or marina?

WatFly’s Atlas, a one-person electric vertical takeoff and landing (eVTOL) aircraft, could be the first recreational version to market. The company expects to launch the Atlas next year with an initial price tag of around £120,000.

Watfly co-founder Gonzalo Espinoza Graham said the idea behind the Atlas was born when he saw people building oversized backyard quadcopters about five years ago. “We very quickly realised that autonomous, vertical take-off and landing, electric aircraft would be the next available step, so we got to work,” he told Robb Report.

Powered by an electric engine and four turbo-fans, the Atlas will reach speeds of 125 mph. Under FAA guidelines, it will be considered a light experimental aircraft, so no pilot’s license is necessary. Watfly

Graham focussed on the smaller eVTOL Atlas because it’s easier to fly, maintain and certify. It relies on lightweight carbon fibre as the primary material, weighing only 285 lbs. The vehicle itself looks like something out of a Star Wars movie, with a height of 8.2 feet and wingspan of 15 feet. Graham and partner Abinesh Chandrasekhar chose electric power because it’s quieter and has faster control inputs. Graham says that almost anyone can fly the Atlas because it has collision-avoidance systems and an emergency parachute.

The Atlas can reach 125 mph and carry about 250 lbs. Its battery packs, about a quarter the size of a Tesla’s, recharge in two hours. It can fly for an hour and hover for about 15 minutes.

The real beauty is that the aircraft will be certified as an FAA Ultralight Part 103 aircraft, so new owners will not need a pilot’s license. The designation also means that flying is for recreation only, and the Atlas is restricted from flying over congested areas, including cities or towns, or through specific airspaces. The founders expect the Atlas to be certified by the FAA next year.

The Atlas is primarily made of carbon fibre to keep the total weight down to about 285 lbs. It has a height of about 8 feet and wingspan of 15 feet. Watfly

Graham views the Atlas as a breakthrough for the eVTOL segment since it will be available sooner than larger, commercial versions. He also sees it moving flight one step forward into the future. “Until the physicists figure out teleportation, flight is the best we can do,” he says.