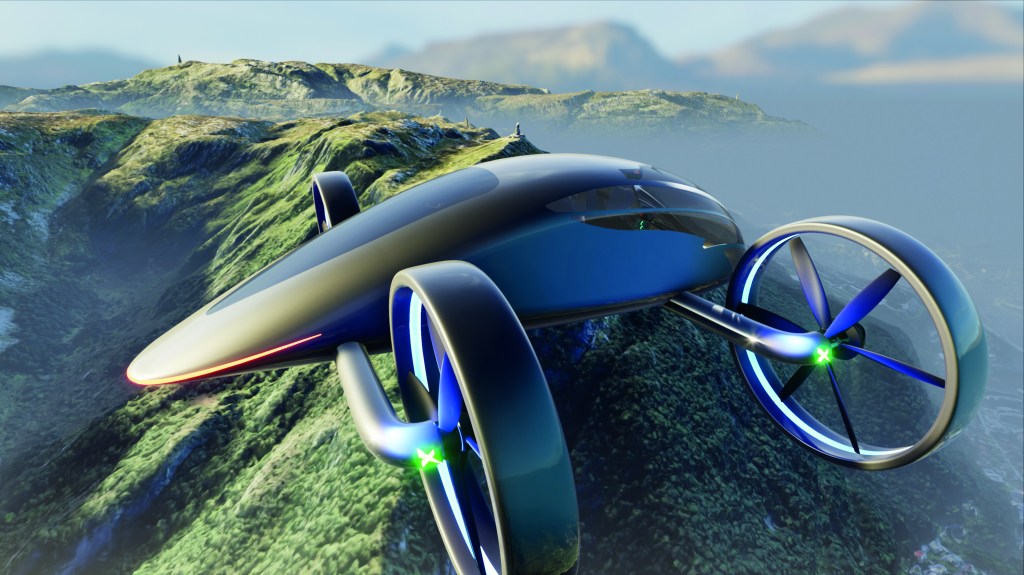 The UK has, since the Industrial Revolution, been a powerhouse when it comes to pushing the proverbial envelope. In the first of six profiles of enterprising giants keeping the flag flying today, we meet the head of the Nottingham-based aviation company

When Dan Hayes was growing up in Nottingham, he attended a boarding school near Retford, which had a fast-flowing river running through woodland. It was, as Hayes says, the idyllic place in which a boy could adventure and let his imagination run wild. This would prove advantageous decades later when he embarked on a project many would consider to be in the realms of sci-fi: a fully operational flying car.

Working out of a workshop at the iHub, in Infinity Technology Park, Derbyshire, Hayes and VCRO chairman Mike Smith are currently building the prototypes for their electric-powered NeoXCraft, which will able to take off (and land) vertically, whether on water, on a yacht, or the roof of a hotel. Safe and eco-friendly, the craft (which works by having a wing shape through the centre, with turbines doubling as engines and wheels) will initially have a range of 75 to 100 miles. “I’m predicting our first 50 will be flown and owned by the same person,” says Hayes, “landing in their own home or a park, and going straight to their meeting.” 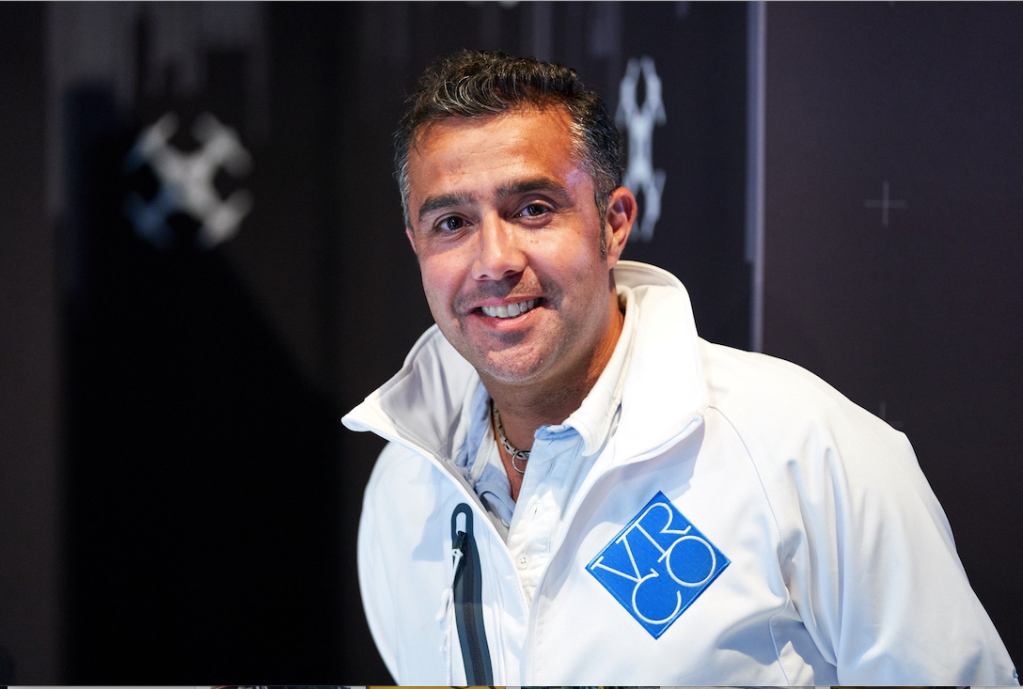 Perhaps Hayes was always destined to end up in aviation: Mum was cabin crew, Grandad co-founded Nottingham Air Club, “and my gran did a wing walk”. However, for a man behind such a revolutionary mode of transport, he’s modest. “I’m an ordinary person doing extraordinary things who has had quite a lot of opportunities in life,” he says. One such opportunity came while he was working in finance in Switzerland in the early Noughties. One day, out and about, he spotted aviator ‘Jetman’ Yves Rossy whizzing around the Alps with a jetpack. Hayes had been sketching Electrical Vertical Takeoff and Landing (eVTOL) vehicles in his notebook for years, but mainly from a theoretical side. “When I saw somebody flying, I thought this really could happen.”

However, it wasn’t until 2016 that he began to talk seriously about eVTOL concepts. Teaming up with co-founder Mike Smith, he approached Professor Paul Stewart at Derby University who validated their vision. That’s not to say the pair weren’t initially met with a healthy dose of scepticism. But they held fast to their instinct that “the market is going to gravitate towards the biggest pie – the air taxi market. Companies like Uber Elevate have done a great job at curating that space, to seed the ideas about how this form of transport can go from home to home, from city to city”.

“We’re not Boeing, we’re not Airbus, we’re not Bell,” he says. “We’re a small UK-based start-up.” But small UK start-ups traditionally do well in the luxury end of the market. “We’ve deliberately focused on owners who are going to appreciate our craft for what it is: the most elegant, high-performing, safest eVTOL craft of its type.” And with ETA due around 2020, let’s hope it’s smooth flying for VCRO and their wonder car.