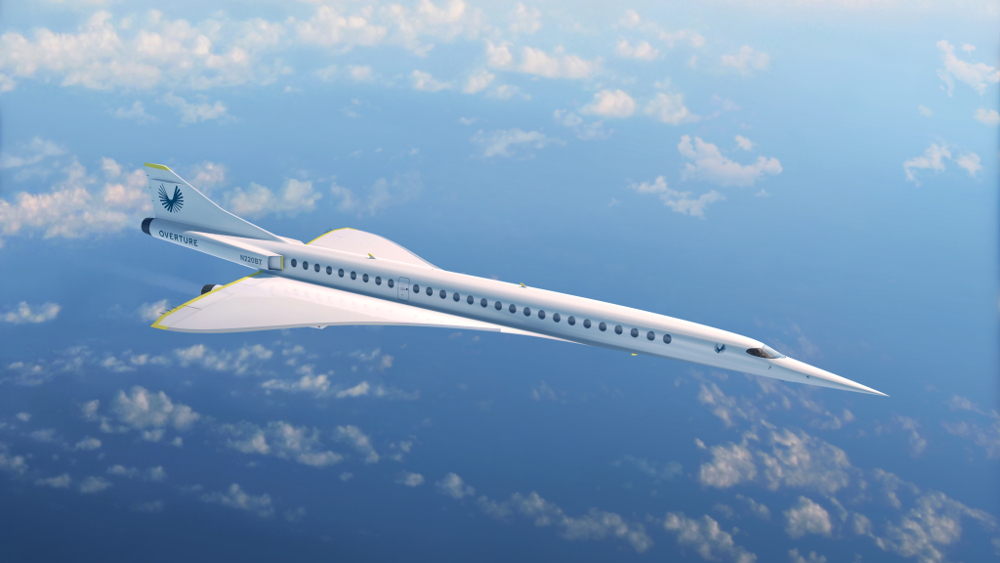 Boom Supersonic has big plans to change the way people travel, and now it has a big chunk of change that it can use to continue pursuing those plans. The Colorado company, which, since 2014, has been developing a commercial airliner that will carry 45 passengers at Mach 2.2, just completed a £78 million investment round that includes £44 million in new funding and raises the total in its coffers to more than £110 million.

The biggest investment came from Emerson Collective, the company that Laurene Powell Jobs founded in 2004 to advocate for policies concerning social justice, immigration reform, education, and other issues. In a press release issued by Boom Supersonic that announced the investment, Emerson Collective managing partner Andy Karsner said, “Boom has the leadership, values, and potential to accelerate many advances- lightweight carbon composites and greener fuels- that will reduce the climate impacts of aviation.” Karsner heads up Elemental, the Emerson Collective affiliate that invests in the clean-energy industry.

According to Boom, its aircraft, dubbed Overture, is being designed to accommodate next-generation sustainable alternative fuels. Boom also says that when Overture uses traditional aviation fuel, its carbon footprint will be similar to that of a subsonic airliner traveling the same distance.

Because of the aircraft’s fuel efficiency, Overture’s ticket prices also will be similar to those of an airliner—a business-class seat on an airliner—and that’s how Boom expects to succeed where Concorde, the supersonic airliner that made its final flight in 2003, ultimately failed. As Boom founder and CEO Blake Scholl noted in a 2017 interview with Robb Report, “The fuel economy on Concorde was so poor that the airlines had to charge US$20,000 a ticket [roundtrip from New York to London].” Concorde wasn’t viable, because not enough people were able to afford that price. Overture’s efficiency will come from its aerodynamic design (the fuselage is tapered toward the back) and lightweight carbon-fiber construction.

According to Boom, Overture will be cheaper to fly and faster than Concorde, which topped out at Mach 2.0. As noted above, the aircraft will reach Mach 2.2, or 1,451 mph, over oceans and other areas where supersonic flight is allowed. That’s about 2.6 times as fast as many of today’s airliners. At that speed, Overture will be able to fly from New York to London in 3.5 hours and from Los Angeles to Sydney in less than 7 hours. Boom says that during landings and takeoffs, the aircraft will be as quiet as a subsonic airliner.

According to Boom, Virgin Group and Japan Airlines have preordered a combined 30 Overture airliners, which will be priced at about £156 million apiece. Two years ago, Boom projected that its aircraft would make its first flight in 2020 and enter service in the early part of that decade. As is usually the case with new aircraft, the conception-to-production timetable has been extended a bit. The company now expects to begin passenger service in the mid-2020s.

For now, Boom can use its new funding to finish building XB-1, a one-third-scale manned prototype of the airliner that has been nicknamed “Baby Boom”. It is expected to make its first flight later this year and become the first independently developed supersonic jet and the fastest civil aircraft ever built.