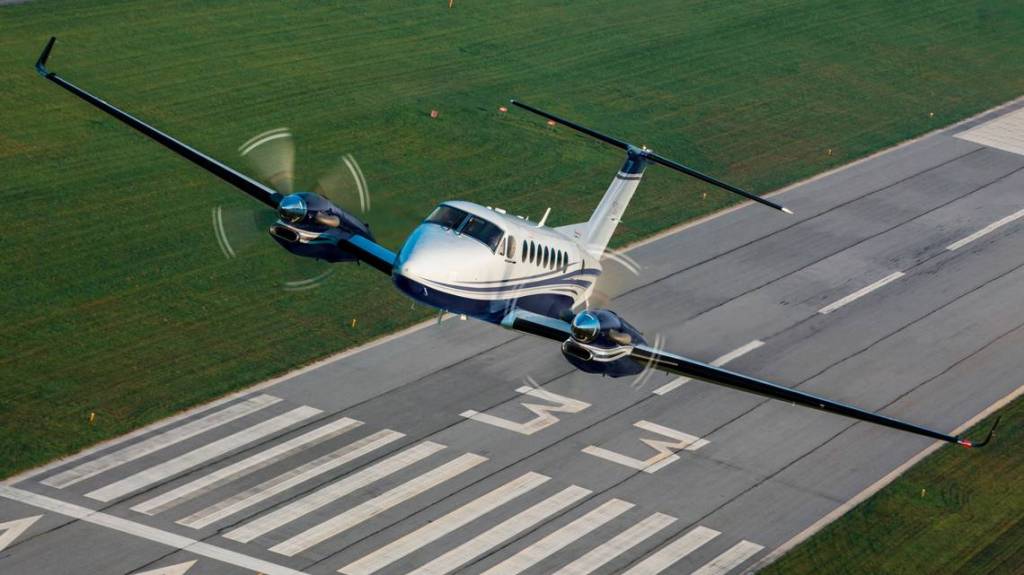 The aircraft known as an “SUV with wings” is about to take an auto-like turn with refinements and technology that will make it easier to operate, more comfortable to travel in and better connected to your smart phone. Beechcraft has built more than 7,600 King Airs over the last 56 years and its new flagship versions, the King Air 360 and 360ER, will take flight this Autumn.

“The aircraft is a result of our extensive conversations with our turboprop customers worldwide,” Ron Draper, the CEO of Beechcraft’s parent company, Textron Aviation in Wichita, Kansas, said in a video announcing the aircraft. “We focussed on all the important aspects of aircraft ownership and operation.”

The improvements include increased cabin comfort, enhanced pressurization and autothrottles.

The updated cabin still seats 11, but now it offers more leg room – a perennial favourite – higher tables, taller sidewall armrests and seats that have been designed based on digital pressure mapping. The little touches include LED accents, low-profile fixtures and the now ubiquitous USB outlets, all of which come in a range of tasteful, updated colour palettes.

Most importantly, structural changes allow for increased cabin pressure, which means the 360 has a 10 percent lower cabin altitude than the King Air 350i. “For example, while flying at 27,000 feet, cabin altitude is just 5,960 feet,” Rob Scholl, senior vice president of sales and flight operations said. “This allows a more comfortable flight experience.“

In the cockpit, the upgrades include IS&S ThrustSense Autothrottle that controls thrust from takeoff through landing. It also monitors and controls situations that include over-torque, overheating, and single-engine operation. The system is designed to make life easier for the pilots. The aircraft’s digital pressurisation controller, which regulates cabin pressure throughout the flight, also relieves pilots of the task of manually controlling pressurisation.

The 360’s cabin has been enhanced with more legroom, seats that have been designed through digital pressure mapping for increased comfort, and USB ports. Textron

The 360 and 360ER are close to completing certification, says Scholl. The company anticipates the first delivers will take place in the fourth quarter of this year.