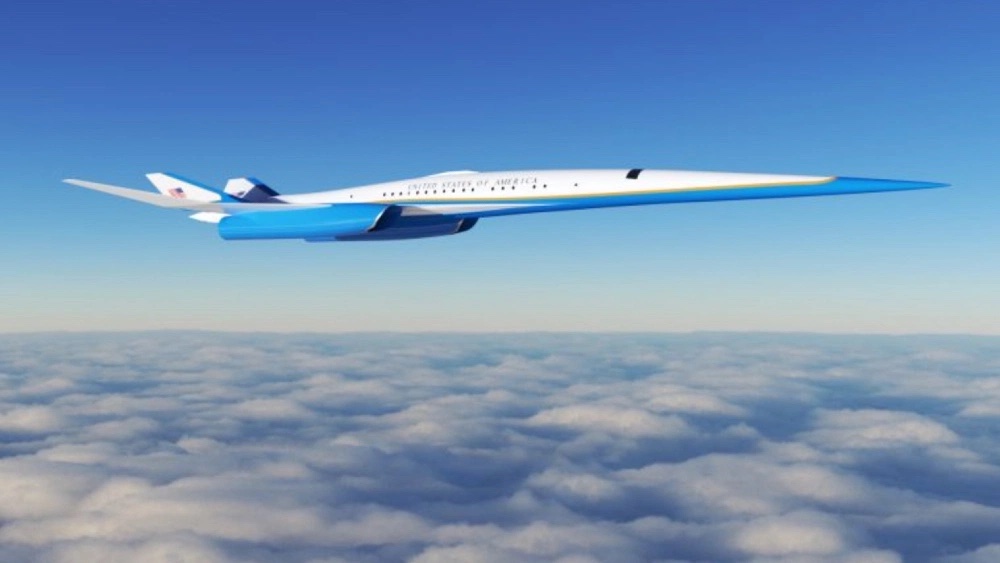 American government officials may soon be flying faster than the speed of sound. Jet maker Exosonic has released the first renderings of an interior designed for top-level government officials, all the way up to the office of the vice president. The California firm said it had developed the interior in collaboration with the USAF Presidential and Executive Airlift Directorate. The “low-boom” supersonic jet, which will have a speed of Mach 1.8 (1,380 mph) and 5,000 nautical mile range, will not replace Air Force One, but would be available for the highest-ranking government missions. It will carry 31 passengers, compared to Exosonic’s 70-passenger commercial airliner.

The interiors were done by Exosonic’s in-house team. “The cabin design was inspired by the US Executive Branch and its mission and values, as well as the Peregrine falcon,” a rep from Exosonic told Robb Report. “That bird is not only renowned for its speed, but also for its beautiful looks.” 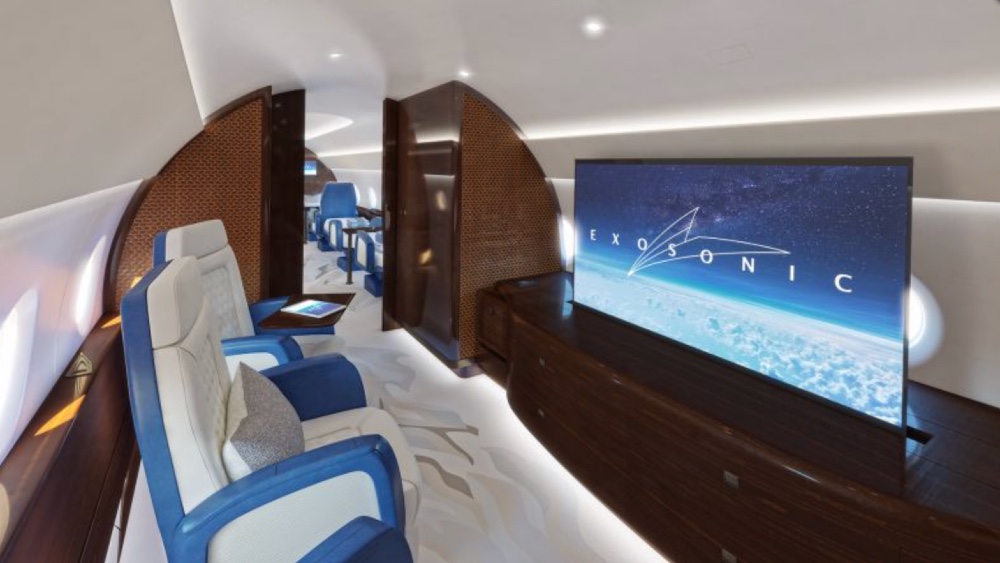 The video suite allows for secure communications in the air, while the supersonic speed means officials can arrive to time-sensitive meetings in half the time. Courtesy Prime Studios

The layout includes two private suites with VIP seats, and one of the suites will be capable of video teleconferencing for secure communications in flight. The second eight-passenger suite, with lay-flat seats, will be for senior staffers and guests.

Interior components will be sourced from US manufacturers, including a wool-and-silk blend custom carpet from Scott Group Studio. The Michigan firm recently made rugs for the Oval Office for President Joe Biden, as it had for both the Trump and Obama administrations. Tapis Corp. will provide the ultra-leathers and ultra-suedes, while other materials include oak veneers for the cabinets, leather seats, and hydro-dipped Piaçava wood seat shells. 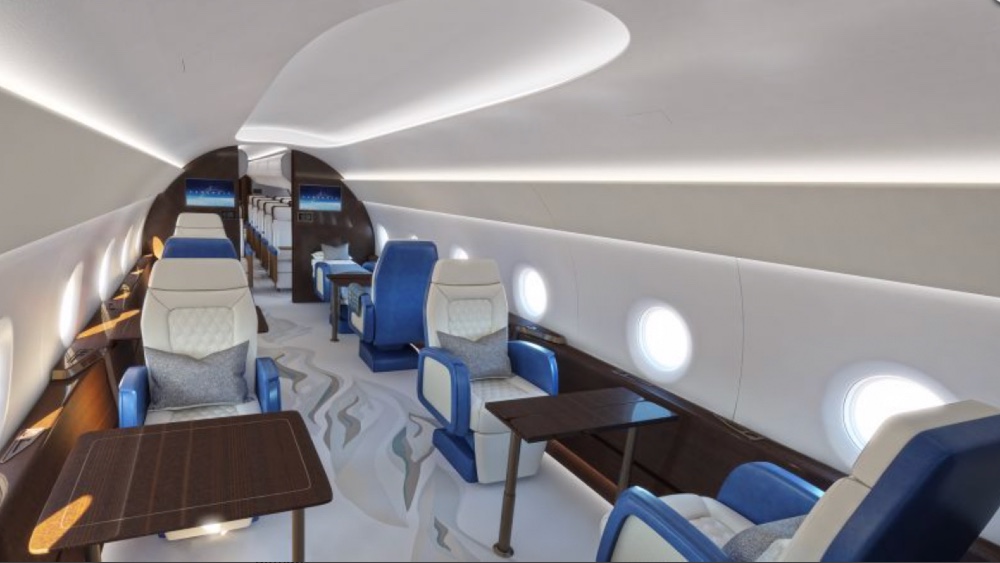 The second suite has lie-flat beds and workspaces for senior staffers and guests. Courtesy Prime Studios

“Transporting key decision makers and teams around the world in half the time can be the difference between success and failure,” said Brig. Gen. Britton, executive officer of the Presidential and Executive Airlift Director, when the collaboration with Exosonic was announced. “By teaming with industry, we are proving the United States Air Force can deliver technology leaps while maximizing return on taxpayer investment.”

Norris Tie, CEO of Exosonic, added that the partnership “represents not only commercial but government promise for low-boom supersonic travel.”