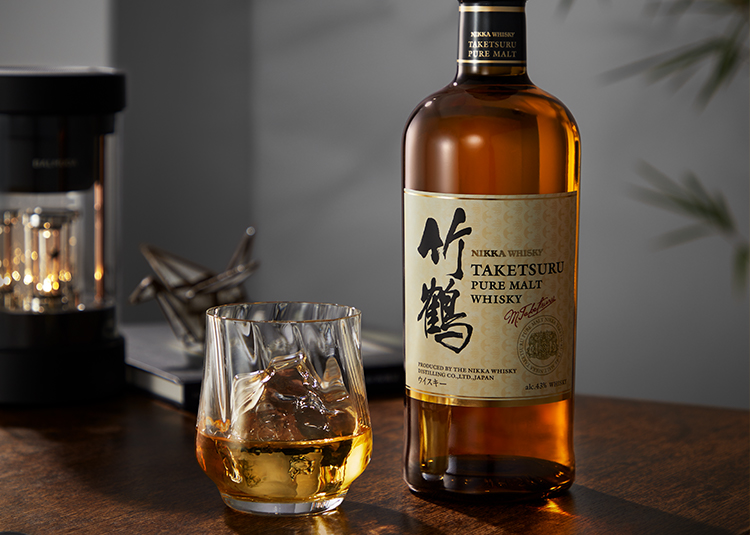 There is no stopping Tokyo-based whisky maker Nikka, with the Nikka Tailored blend continuing the rapid and impressive evolution in the quality and diversity of Japanese whisky. The new, premium blend combining Miyagikyo and Yoichi malts with Nikka grain whisky (predominantly corn-based whisky distilled in traditional Coffey stills)  has been marinated in American oak and ex-sherry casks. Introduced to replace the famous Nikka 12 Year Old, it celebrates the company’s two distilleries –  Yoichi, Hokkaido (which opened in 1934) and Miyagikyo near Sendaii, Tohuko, which opened in 1969.

The company’s Taketsuru Pure Malt https://www.masterofmalt.com/whiskies/nikka/nikka-taketsuru-pure-malt-old-bottling-whisky/  is named after Nikka’s founder, Masataka Taketsuru, who is recognised as one of the founding fathers of Japanese whisky. He studied organic chemistry at the University of Glasgow and malt whisky production at the  Hazelburn Distillery in Campbelltown near the Mull of Kintyre, then married the daughter of a Scottish doctor and worked for Kotobukiya ( now Suntory) before founding Nikka in 1934.

The Taketsuru is a blend of aged single malt casks from Yoichi and Miyagikyo, and has been pulled together to show a balance between great softness and the deep complexity for which Miyagikyo is renowned, but there is still a higher portion of Yoichi to help give the whisky its unique character. It uses ex-sherry casks, and the Miyagikyo has been aged in American oak. Hatozaki Pure Malt https://www.masterofmalt.com/whiskies/the-kaikyo-distillery/hatozaki-pure-malt-whisky/ comes from the Yonezawa family distillery in the port  of Akashi in south-west Japan. Made by master distiller and blender Kimio Yonezawa, each batch contains no more than 20 casks which, Yonezawa says, contain a very special whisky that is both true to some of Scotland’s finest brands whilst also “embodyin our own unique Japanese influence and flavours”.

The maritime influence of the port (Hatozaki is named after Akashi’s ancient lighthouse, dating back to 1657) aids the ageing process of an excellent pure malt which is aimed at the whisky connoisseur and is a premium blend of single malt whiskies aged in bourbon, sherry and mizunara (Japanese oak) casks for a minimum of five to six years. It has a sweet taste of malted cereals and dried fruit with a touch of smoke and aromatic honey on the finish. It goes through a two-stage blending process and is aged in casks for several years. This is a balanced whisky that is light and delicate on the palate but carries the flavours of the malted barley.

All the drops mentioned here attest to the reality that connoisseurs should, increasingly, look to the east, as well as west and north, when seeking out edifying new tasting experiences.

How to Make a French 75, the Best Champagne Cocktail to Toast to the End of 2020

Four Ways to Get Festive With Buffalo Trace