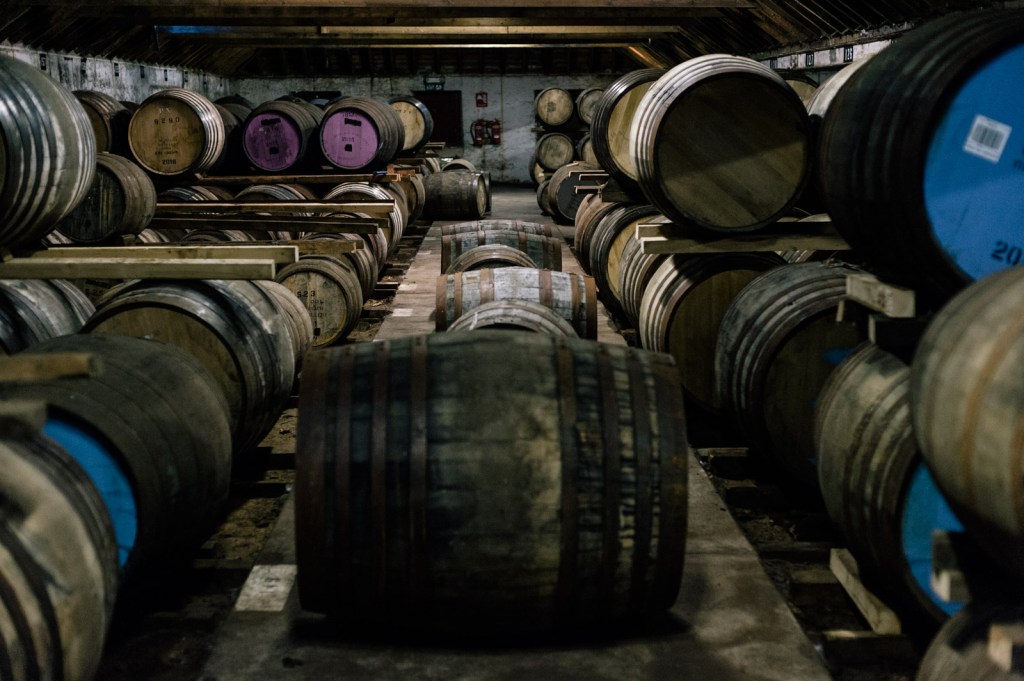 Bernard Shaw called whisky ‘liquid sunshine’, and the Gaelic name for it, ‘uisge beathe’, means ‘water of life’. Holyrood’s bean-counters probably talk about the stuff in equally glowing terms, given that whisky exports generate around £125 a second for the Scottish government (laid end-to-end, the 99 million cases of Scotch exported each year would run the distance between Edinburgh to New York six times over). Indeed, there’s a lot of it out there, and with many around the world raising a dram to mark the tenth anniversary of World Whisky Day tomorrow, separating the nuanced, balanced and characterful from the convenience-store moonshine can be tricky, especially with millions of casks maturing in Scotland alone at any given moment. So, we’ve picked out our favourites of the current crop, starting with the fourth release of Cask 88’s Folklore Series (£950), a six-strong range which fuses stories from Scottish folklore with unique single cask expressions.

Distilled at the Highland Park distillery, Cask 88’s Nuckelavee has spent 31 years maturing; first in sherry, then in a Rivesaltes fortified wine cask. This combination leads to darkly tinted malt, with complex sweet and spicy flavours over a gentle smoke.

The Scottish Folklore Series 4th Release from Cask 88 – The Nuckelavee

Meanwhile Knockdhu’s ‘anCnoc’ expressions are a reference to the distillery’s position – close to several natural springs, as well as excellent barley and peat sources – on the southern slope of Knock Hill (‘anCnoc’ is Gaelic for ‘up the hill’). Their 18-Year-Old (£75 masterofmalt.com/whiskies/knockdhu/ancnoc-18-year-old-whisky/), having matured in Spanish oak ex-sherry casks and American oak ex-bourbon barrels, has been neither chill-filtered or coloured before bottling: the result is a bronzed amber, full-bodied and bold drop with gentle spices and dried-fruit sweetness on the nose and fruit loaf and candied lemon, followed by vanilla, honey and caramel, on the palate. A peppery-hot finish completes the experience.

Meanwhile the Benriach distillery in Speyside – whose production facilities are featured in the main picture above – have, in their Smoke Season bottling (£50), come up with, as the name implies, their smokiest whisky to date (something Speyside was once renowned for). Cinder toffee and BBQ-charred pineapple feature on the nose,  thyme honey and scorched bread on the palate, lingering smoke and porridge in the finish.

Moving up just a few price brackets: Brora 1978 (£4,500) was released in 2019 to celebrate the distillery’s 200th anniversary. Matured for 40 years in American oak hogsheads, it offers a rich and smoky expression with aromas of treacle, ripe figs, raisins and peat smoke throughout the nose and rich fruit, dried figs, dates, white pepper and earthy peat smoke on the palate.

Meanwhile Highland Park 50-Year-Old (around £23,000) is an expression of which the Orkney-based distillery has produced only 274 bottles, each signed by Master Whisky Maker Gordon Motion. Created using a traditional solera system (which marries a small quantity of a previous batch with the new whisky, thus continuing a legacy within a legacy), it has notes of sweet dried fruits, dark Muscovado sugar and black cherries mingling with spicy nutmeg, cedar wood and gentle peat smoke.

Sticking to the loftier summits, Justerini & Brooks is well worth making a beeline for, given that Tod Bradbury, Head of Rare Collectable Whiskies, has hand-picked a selection of unique and rare bottles spanning some of Scotland’s most famous distilleries to Celebrate World Whisky Day. “The casks that give Port Ellen 40 Year Old, Islay, 9 Rogue Casks (around £5,500) were singled out by our master blender as they displayed unique characteristics not normally seen from this mighty ghost distillery,” he says. “They were all distilled in 1979 and bottled as a 40 year old at natural cask strength. This whisky displays wonderful complexity, with wood spice and pipe tobacco, alongside delicate green grassy, burnt orange with a whisp of smoke. Delicious.”

The final nomination from Justerini & Brooks is the Johnnie Walker, 28 Year Old, Bicentennial (around £600). “It features rare stocks from ghost distilleries Pittyvaich, Cambus and Port Ellen. Tropical and exotic fruits sit in abundance alongside soft smoke and spices. A complex blend that John Walker himself would have been extremely proud of.”

Another UK company whose raison d’etre is curation – in their case, of rare aged spirits from around the world – is The Last Drop. Their first World Whisky Day 2021 recommendation is Release No 16 (£3,750), a 56-year-old blended scotch comprising over 60 per cent single malts which have spent 20 years in sherry butts, before a long, slow finish in ex-Bourbon casks. The expression, according to The Last Drop, is one which encapsulates hallmarks of single malts from every corner of Scotland: notes of Islay smoke, sweetness from Speyside, roundness and depth that is redolent of the Highlands and so on. Expect a silky texture and sweet, smoky, vanilla-like elements balanced with a cognac-like spice and sweetness, with the complexity of flavour shortly erupting into an explosion of smoke, tar, vanilla and stone fruit.

Now, here’s a little factoid to keep to yourself when north of Berwick-upon-Tweed: whiskey (note the “e”) was produced in Ireland from the 14th century, around 90 years before its cousin “whisky” was being made in Scotland. And, with Irish whiskey enjoying a resurgence, despite World Whisky Day eschewing the second vowel in the word (and thus, ostensibly, whiskies from both America and Ireland), it would be remiss not to mention the best new offerings from across The Irish Sea.

A more modestly priced (yet excellent) offering is the ‘Kasc Project’ by Kinahan’s (£35) – an expression matured in hybrid casks made from five different kinds of wood, resulting in aromas of plum, pear, red apple and tropical fruits and hints of vanilla, charred oak and caramel. Our favourite Irish whiskies of the moment, though, are the 30-Year-Old ‘The Vatting’ Nos 1 and 2 (£1,500) from Ireland’s first modern whiskey bonder, J.J. Corry (‘bonding’, here, refers to the maturing, blending and bottling of unique whiskeys having sourced new ones from Irish distilleries).

“The Vatting No.1 and No.2 are a limited edition 30-year-old single malt Irish Whiskey drawn from J.J. Corry’s library of rare 1991 casks,” explains Niamh McMahon, International Product Manager at J. J. Corry Irish Whiskey. “Each expression was blended using two unique, complex ratios and vatted for a further 18 months in ex-Speyside casks with outstanding results. Only 60 bottles of each expression exist.”

Can This Glass Keep Your Martini Cooler?