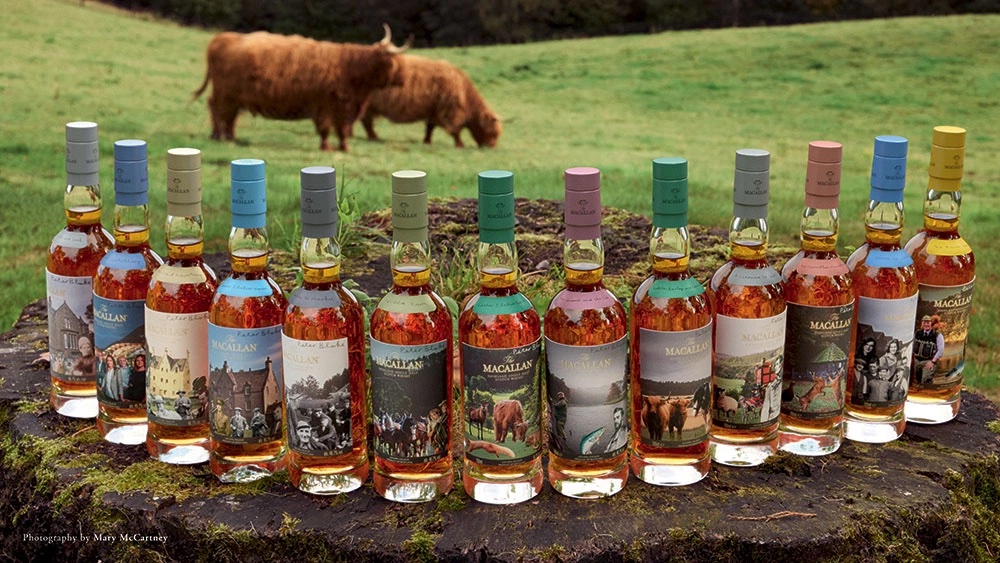 The Macallan has once again partnered with the Godfather of British pop art for its latest expression. The Anecdotes of Ages Collection celebrates the legacy and history of Sir Peter Blake and the storied distillery through colourful collage and exceptional whisky.

The collection harkens back to the year 1967 when Sir Peter’s work transcended the art world and hit the mainstream—the same year these 13 bottles of prized scotch that were barrelled. Each 54-year-old is labeled with a bespoke collage created by Blake and doubles as a work of art.

At last Wednesday’s live global unveiling on Zoom, the artist said each piece represents “time and craft,” two essential components of The Macallan’s heritage and his own creative process. Each label also details a unique story relating to The Macallan’s history, community and landscape. (You can peruse all the artworks via the virtual exhibit.) 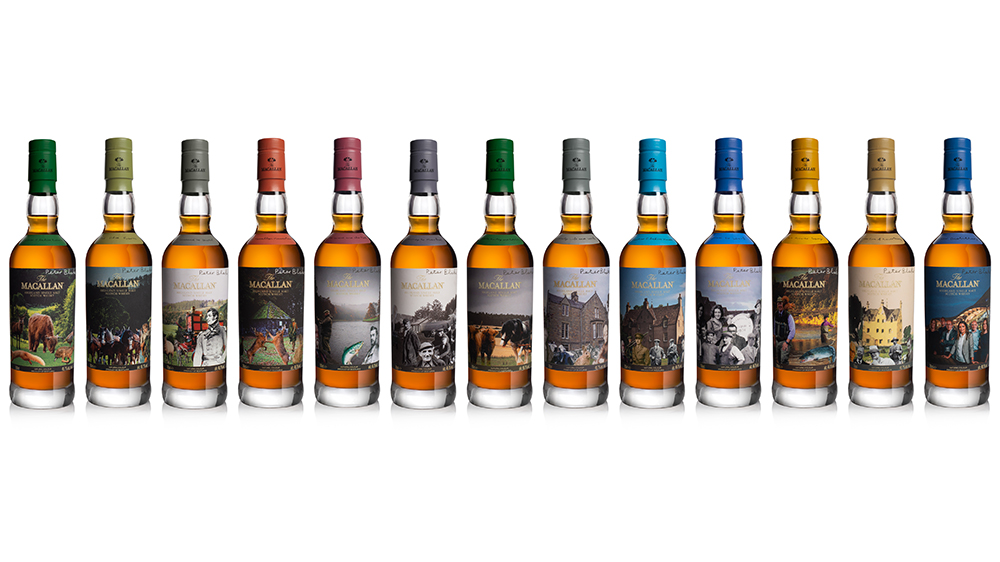 As for what’s in the bottle, The Macallan’s lead whisky maker, Sarah Burgess, says the expression has “wonderful character.” It has the classic Macallan flavor profile—think dried fruit in the form of figs and hints of oak—but there are also notes of hazelnut and strawberry, along with a spiced peach finish.

“So very colorful and very different much like Sir Peter Blake,” she adds. 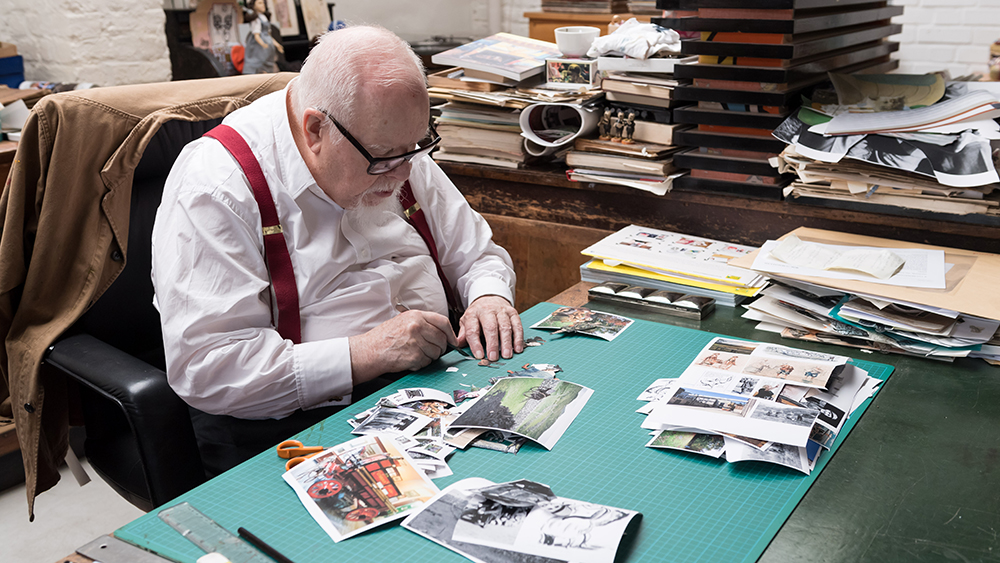 Naturally, acquiring this collectible drop will not be cheap nor easy. One bottle, titled A New Era of Advertising, will be auctioned by Sotheby’s on March 13 to raise funds for the Solomon R. Guggenheim Museum’s diversity, equity, access and inclusion initiatives. Sotheby’s expects it to sell for between £90,000 and £535,000 and the winner also gets a VIP trip to the distillery. The Macallan is archiving one other bottle and the remaining 11 will be put up for sale, though prices won’t be announced until after the auction.

For those looking to part with slightly less cash, The Macallan has also released a Down to Work edition. Limited to 322, these bottles feature reproduction labels but the same 1967 whisky inside. Available immediately, each bottle has a suggested retail price of £50,000. 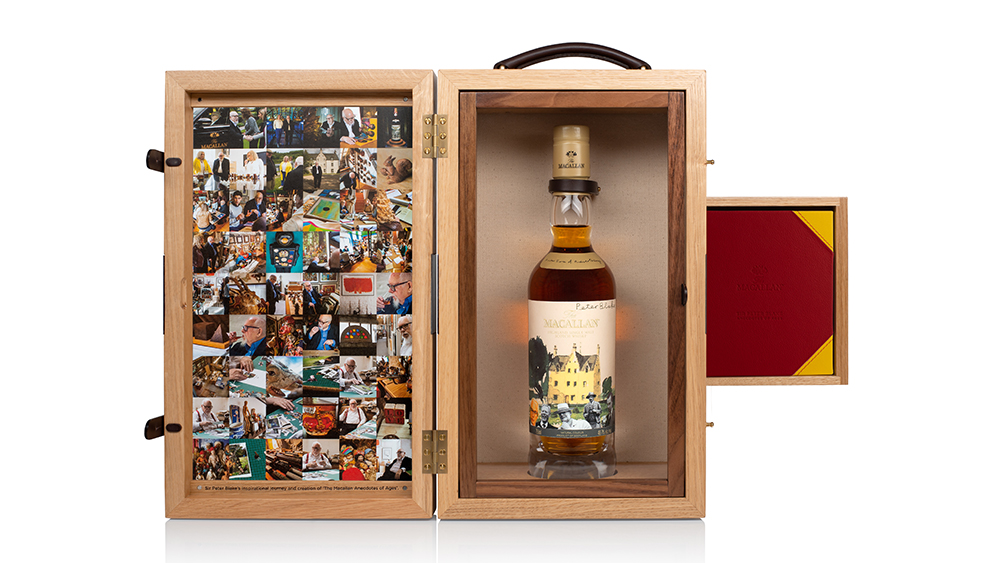 A New Era of Advertising, will be auctioned by Sotheby’s on March 13. Ralph Dunning

Furthermore, there’s an even broader release dubbed An Estate, A Community and A Distillery. Priced at £750 per bottle, this comes in a custom box with a printed reproduction of Blake’s artwork.

It’s not the first time the two icons from across the pond have teamed up. In fact, their relationship spans nearly 40 years and this marks their third collaboration: Sir Peter previously designed a label in 1986, along with an art piece in 2012 to celebrate his 80th birthday.

Check out more photos of the collection below: 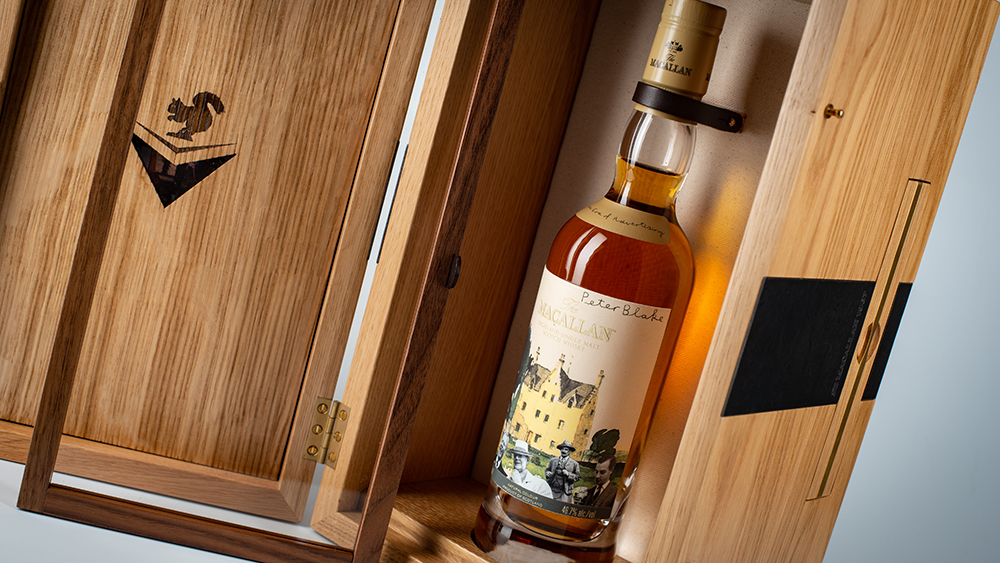 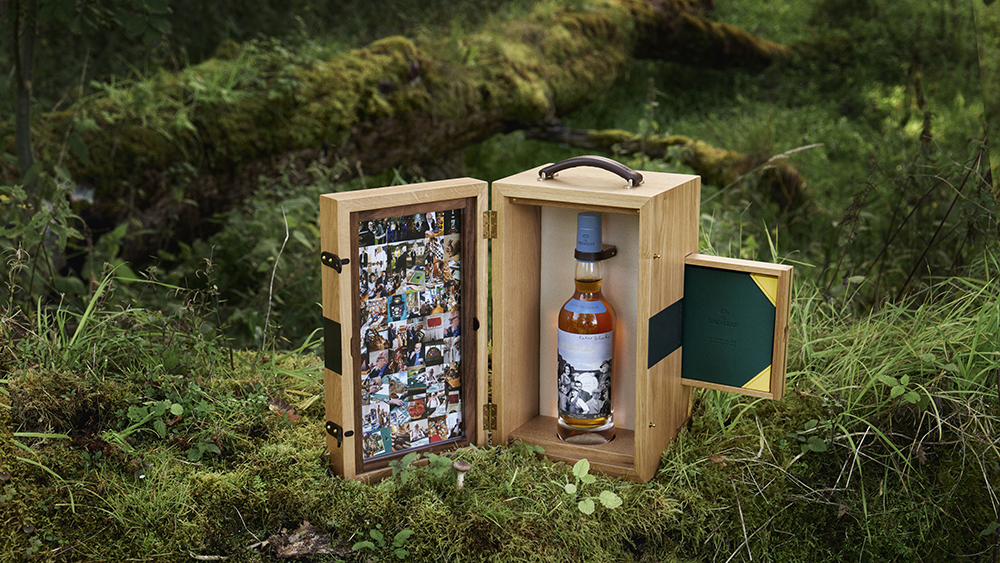 The Down to Work edition is limited to 322 bottles and priced at £50,000. Mary McCartney 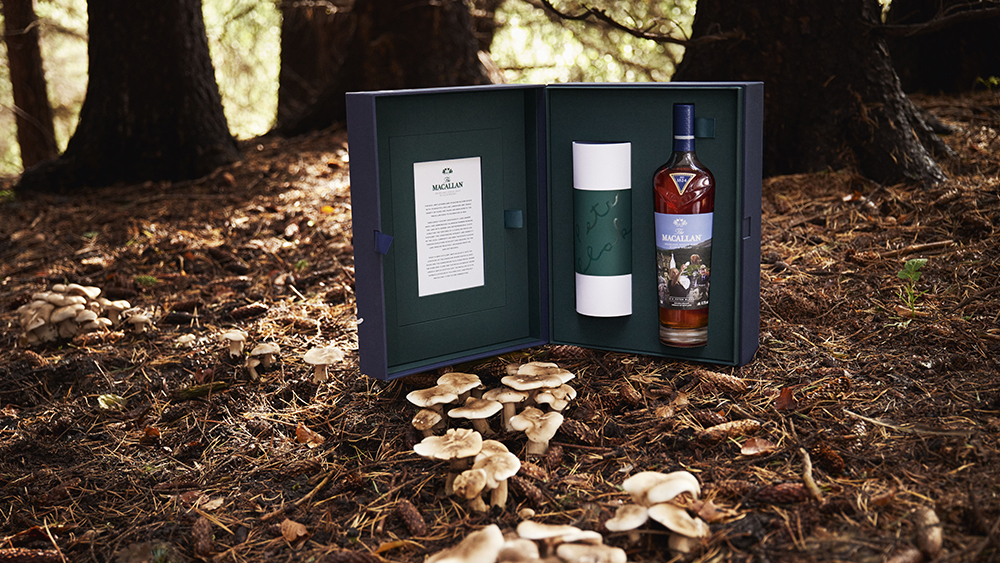 An Estate, A Community and A Distillery is priced at £750 per bottle. Mary McCartney