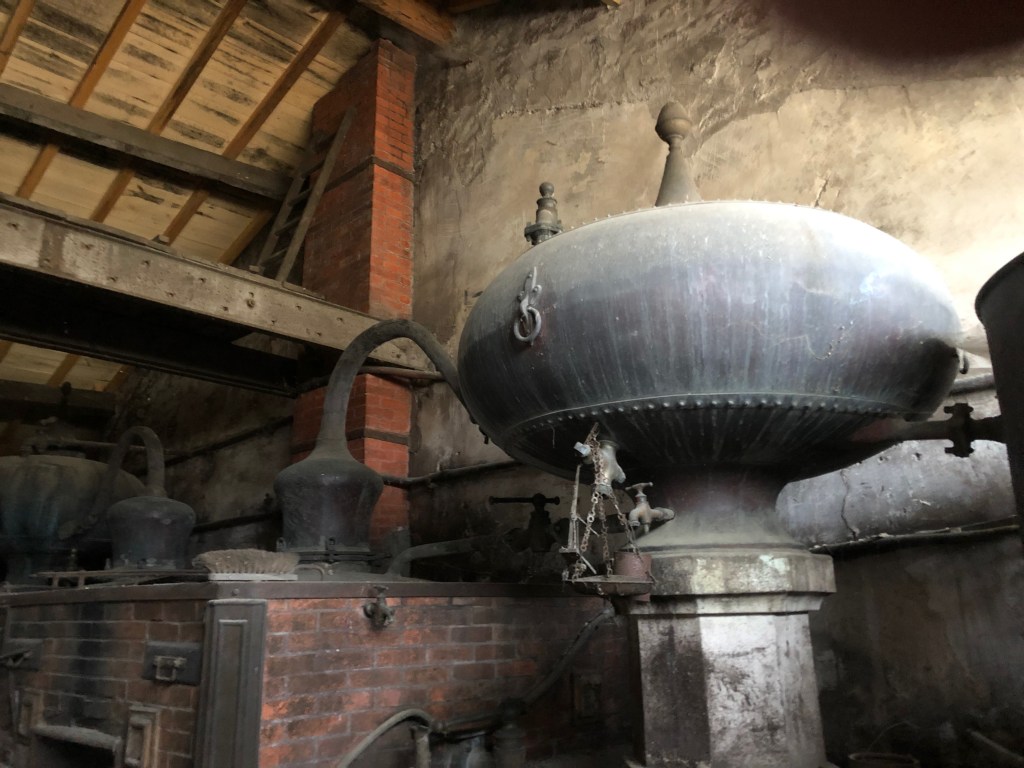 Release No 1: The 1960 Blended Scotch Whisky 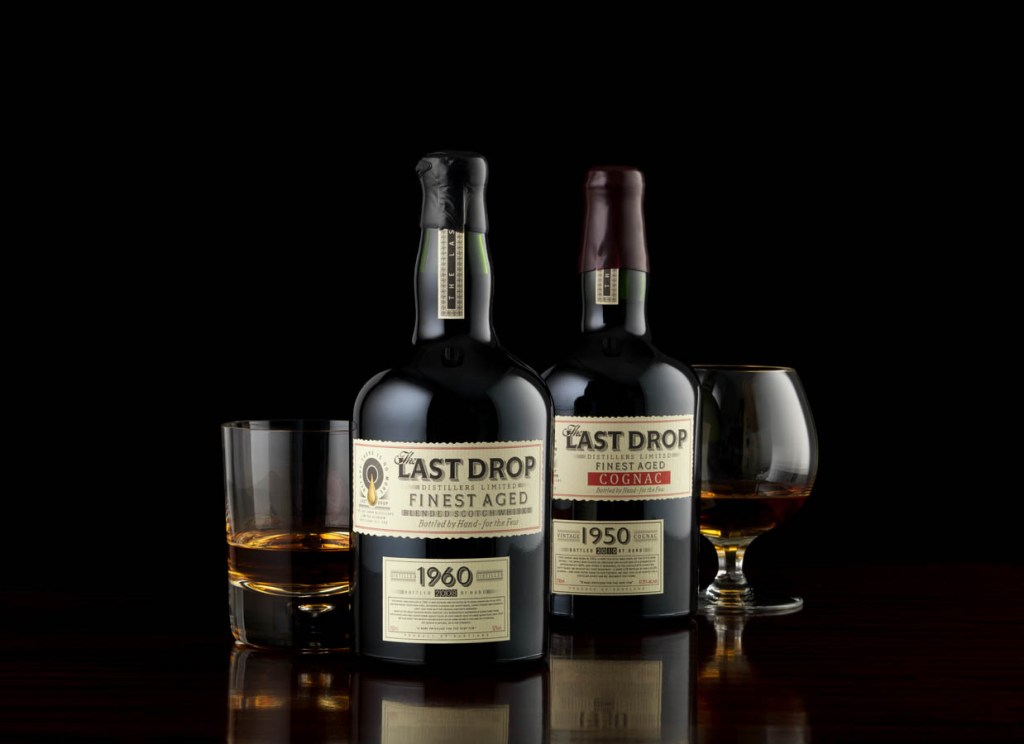 I couldn’t start this list without including our first ever release, since this set us on our singular path. My father Tom Jago, and his long-time friend and colleague James Espey, set off for Scotland to pursue their passion for truly exceptional Scotch Whisky, in a bid to uncover their own.

Without any preconceptions of style, age or price point, having tasted over 100 different casks, they finally found “the one”: an extraordinary blended scotch comprising over 80 different whiskies, all at least 47 years old, which sold for £2,600. Until the day he died aged 93, my father maintained it was the most delicious whisky he ever tasted.

With this release, we established our core principles: both the signature miniature which accompanies every bottle, and our single-minded pursuit of the remarkable. 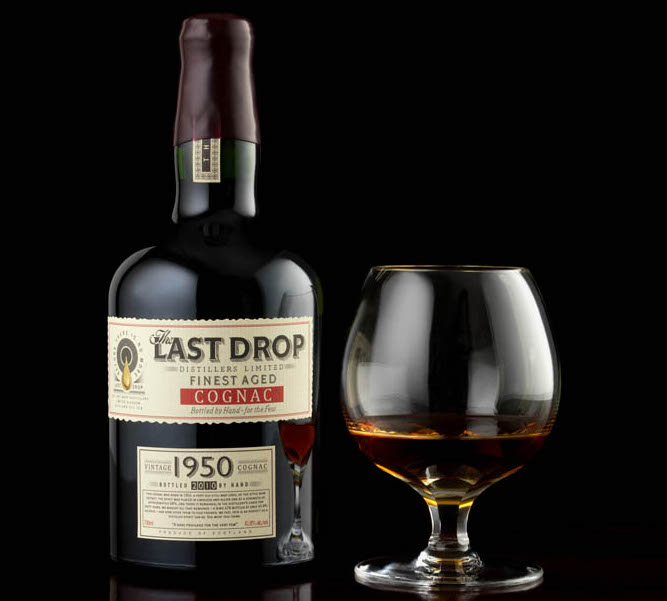 The positive response to this inaugural release saw James and Tom urged by enthusiasts to continue the quest for spirit gems. This marked a seminal moment, turning The Last Drop from a personal adventure into an ongoing passion project. As their next source of inspiration, Tom turned to France, where he had spent several happy years working with Hennessy.

Drawing on his many old friends in the Cognac region, Tom hunted down a tiny parcel of a superb old cognac, distilled in 1950 in a traditional wood-fired still by a family who had lived by the banks of the Charente for generations. This parcel yielded fewer than 500 bottles, but each was a small miracle: of freshness, the classic rancio of fine old cognac, and an utterly delicious balance – magic on the nose and the tongue. 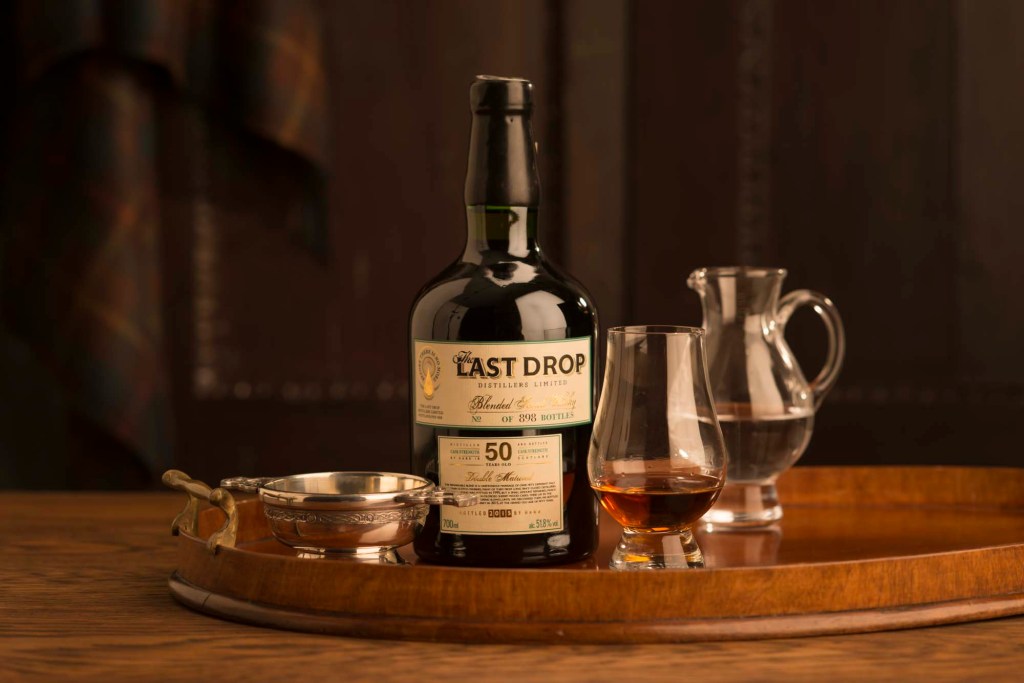 Over half a decade on, I still remember the first time I tasted this whisky. The description “double-matured” doesn’t do justice to the nectar’s extraordinary depths. This is an example of a gem hiding in plain sight, just waiting for someone to spot the golden perfection lying dormant in certain barrels.

When we speak of “double-matured”, we refer to the two separate periods of time the blended whisky spent in different barrels, to develop complexity and breadth of flavour. The Blend was created at 30 years old and then finished in ex-Bourbon barrels, to impart flavours of vanilla, hot buttered toast and honey and stewed plums. It was then lovingly placed into Spanish ex-Oloroso sherry casks, to age for a further 20 years, developing notes of fruitcake and spice, and its deep rich colour.

This whisky was an education in how complex and utterly delightful 50 year old Scotch can be: the skill of a master blender, the influences of two woods, and the mysterious alchemy of time. How can I do justice to this? This was the discovery of our director, Ben Howkins, whose lifetime in the world of fortified wines led him to uncover these great ports. We felt they had a place in our lexicon – firstly, as port traditionally contains 20 per cent brandy and, secondly, as they are incontestably remarkable!

Ben’s search for a Tawny Port led him to the far reaches of the Douro Valley and yielded not one but two generations of spectacular liquid, each with its own history and story to tell. Made from grapes grown on the same vineyards, but 100 years apart – and from pre- and post-Phylloxera vines – these two ports are like grandfather and grandson, each a marvel on its own, but even better when experienced as a pair. Truly the stuff that memories are made of. 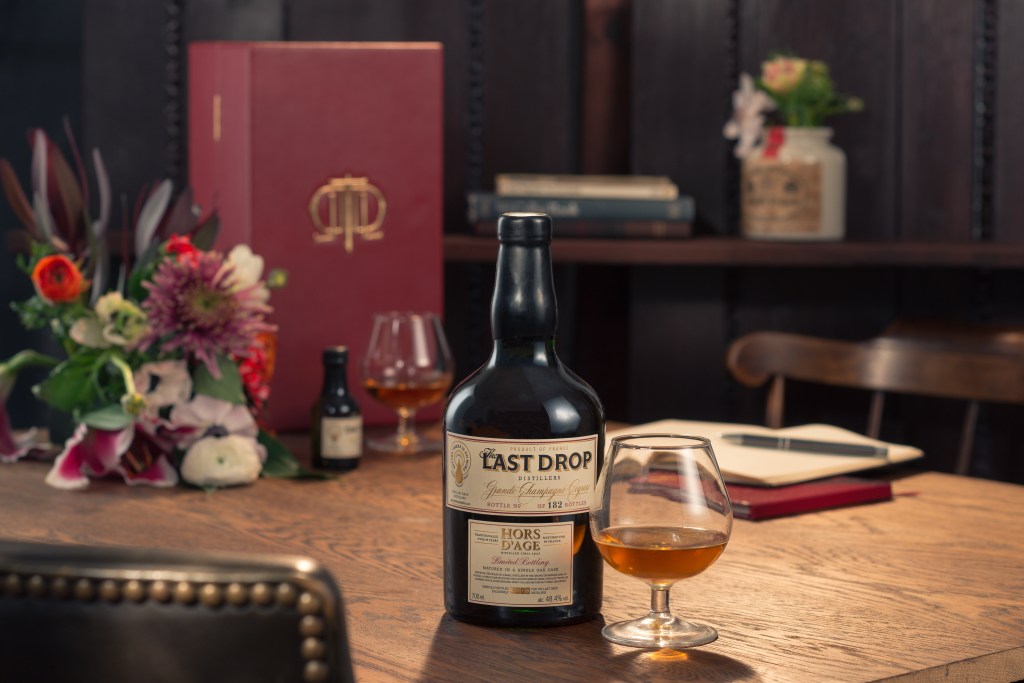 Possibly my favourite release, and certainly a magical and romantic story. Deep in the heart of Grande Champagne, at the the heart of the Cognac region, the current owner of a cognac distillery, owned by the same family for generations, began some renovation work on a barn.

There, he uncovered a single barrel of cognac, distilled by his grandfather in 1925, and hidden behind a hastily-erected wall of rubble in the face of the Germans’ wartime advance across France.
Left entirely undisturbed across the decades until its rediscovery in 2017, this majestic cognac tastes sublime to even the most inexperienced palate: the exceptional smoothness and unexpected hint of sweetness suggesting maturation in an ex-Pineau des Charentes barrel.

It was born in the same year as my father Tom, and we bottled it in the year he died: a fitting tribute to a wonderful man. 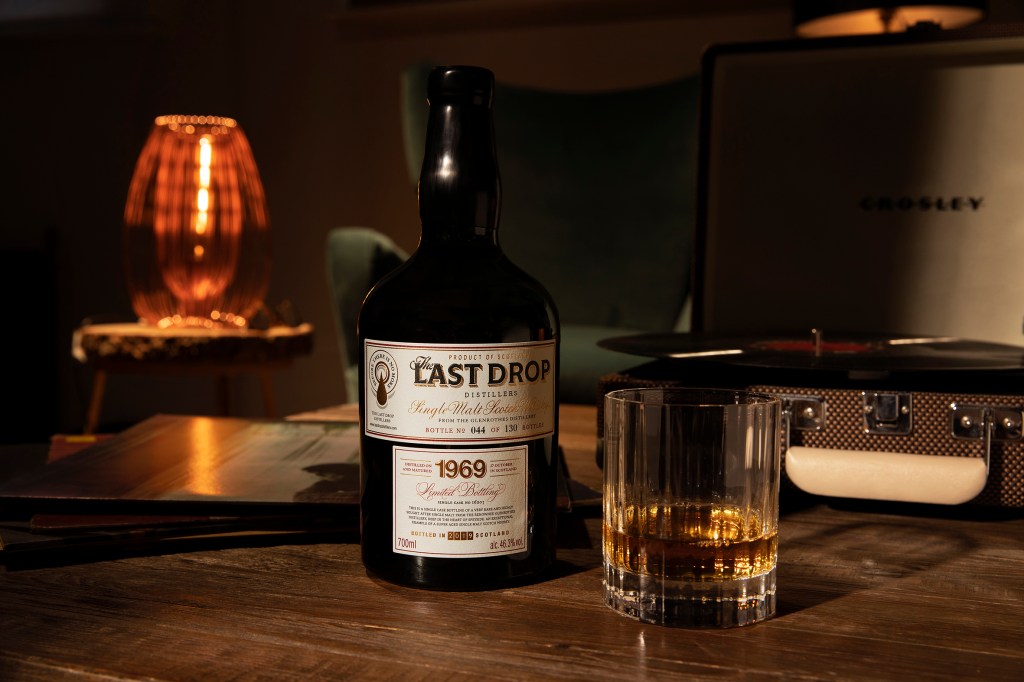 It was difficult to choose between our single malts, because each has a story of its own, but I’ve plumped for the middle child of our trilogy of single malts from the Glenrothes Distillery. We were fortunate enough to acquire a parcel of very old single malts, dating from 1968, 1969 and 1970 – back in the days when Glenrothes only distilled for the industry: so these are rare barrels indeed.

Matured for nearly half a century in ex-bourbon barrels, the three releases were bottled as single casks, so that lucky owners can compare and contrast the differing characteristics of these very close relations. The 1969 has a soft sweetness which beguiles, and a structure and length which pay tribute to the distiller who first filled the casks so long ago. 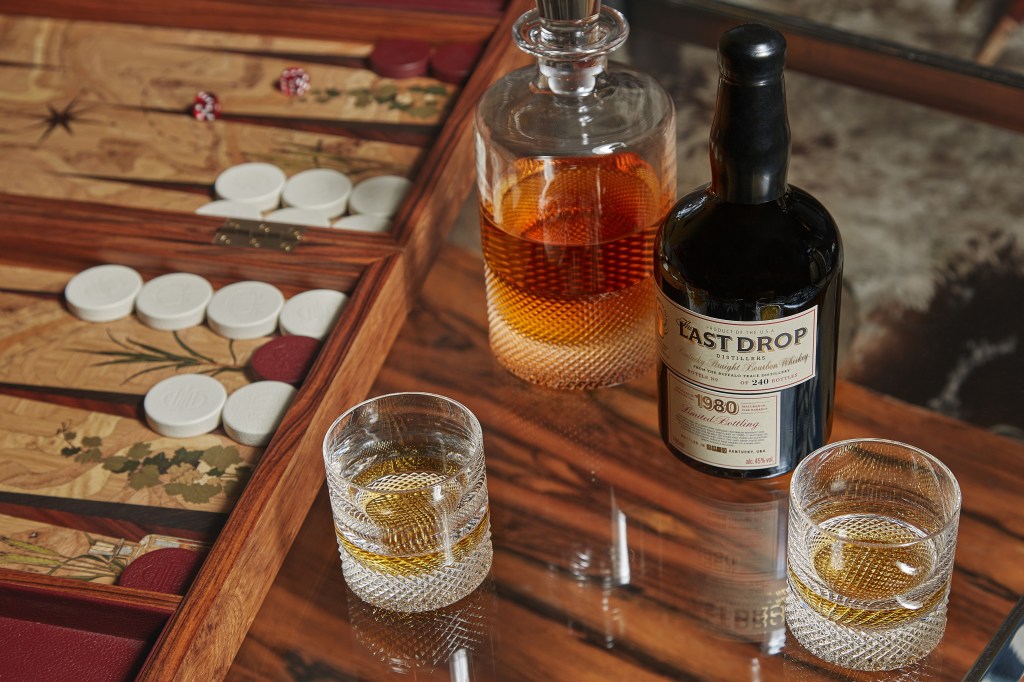 This, our second Bourbon Whiskey, was distilled at what was then known as the George T Stagg Distillery, long before it was acquired and renamed Buffalo Trace. Made by the legendary Master Distiller Gary Gayheart in 1980, it was uncovered by none other than his apprentice – and now Master Distiller himself – Harlen Wheatley. Matured in barrels for 20 years, and then carefully moved to rest in stainless steel for another 20 years before we bottled it, it is a window onto a very different era of bourbon distilling.

This is a stunning, smooth, creamy whiskey, full of stone fruits and spices, described by one noted industry commentator as “possibly the best bourbon I’ve ever tasted”. 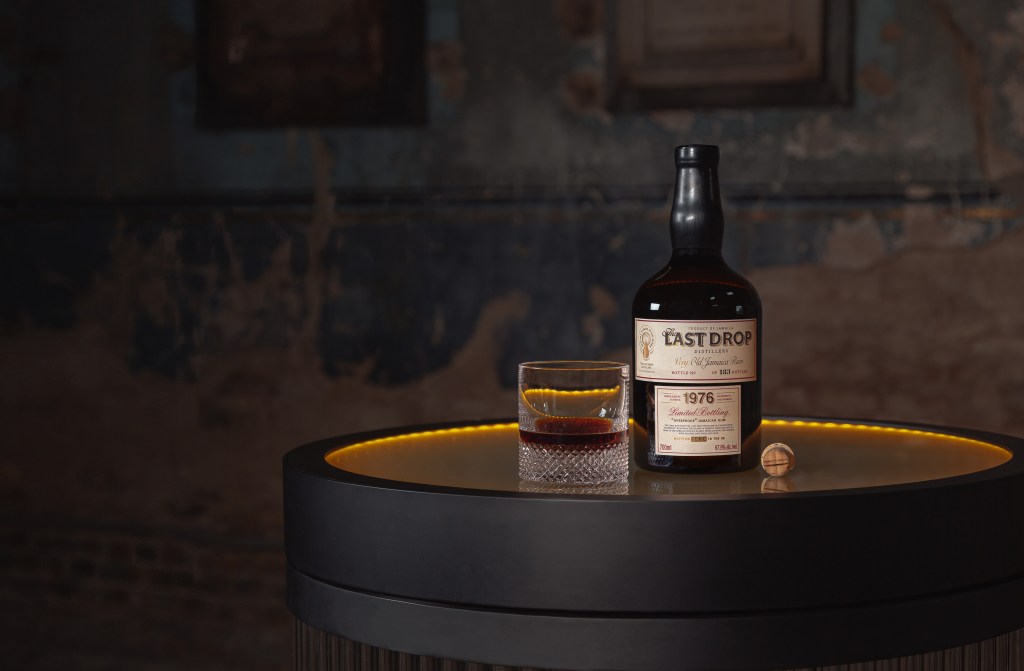 We have long sought a rum that matches The Last Drop’s philosophy, but our quest was unsuccessful until the end of 2019, when we first tasted this luscious, power-packed Jamaican Rum. Distilled in 1976, and matured on the island, it then crossed the Atlantic to finish its maturation in a traditional Liverpool dockside rum warehouse. A classic Jamaica Rum in all its heavenly glory: full bodied and powerful, with a natural sweetness and spice and plenty of Jamaican funk for the “hogo” fans. It’s also packed full of notes that will create a lifetime of memories for those who taste it.

Available releases from The Last Drop can be purchased from selected stockists: for more information visit here for details and availability.