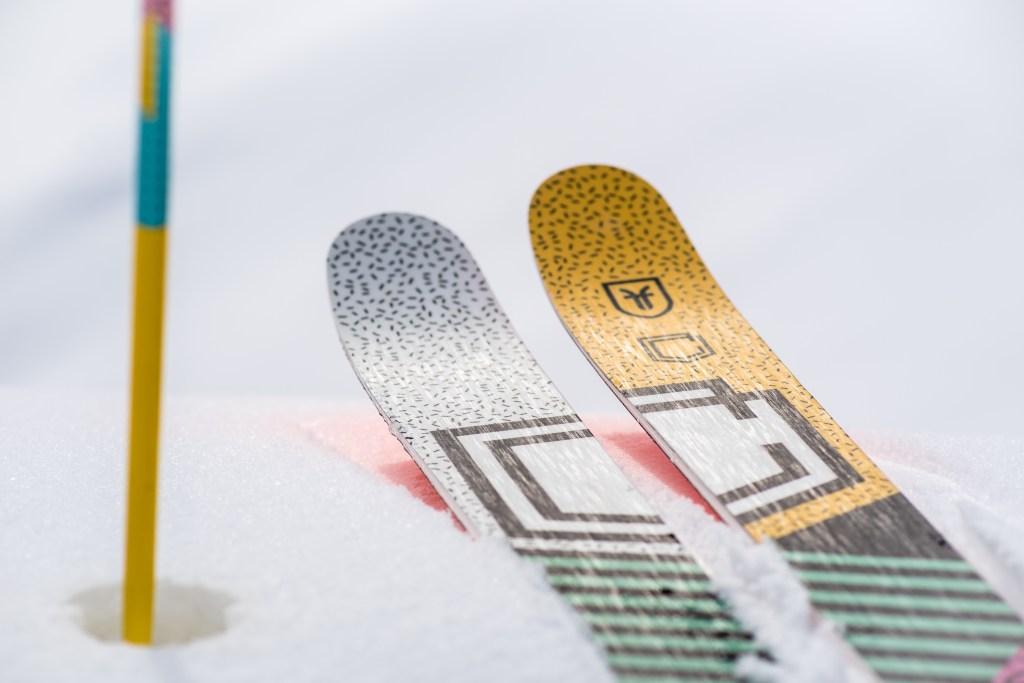 Jeremy Hackett and Aston Martin, Lexus and John Elliott, Louis Vuitton and Master & Dynamic are just three of the luxury collaborations we’ve featured here in  recent months. So why is it that, when the most creative brands come together, they become more than the sum of their parts, asks the head of the Verbier-based maker of top-grade downhill blades.

Skiing has never been just a sport, but a glamorous leisure pursuit combining healthy sporting activity, travel and fashion. While participation appears to have levelled off in traditional territories such as the UK, mainland Europe and the US, there is a growing interest in countries such as China. In Asia, the ski industry has expanded at a pace that made it the biggest growth driver for the industry globally in 2018, and the Chinese skiing boom has already fuelled the construction of more than 700 domestic indoor and outdoor ski resorts. In the lead up to the 2022 Beijing Winter Olympics, President Xi Jinping has stated his goal of 20 per cent growth in skiers each year reaching over 100 million by the Games, and 300 million skiers by 2030.

Dominated by companies whose founders innovated everything from aluminium laminates to steel edges in the 1940s and 1950s, but today are running slow-moving corporates that have grown out of touch with their consumers, the mentality in the ski industry is like Detroit in the 1990s – more focused on keeping their production volumes up than innovation and margin. Simultaneously, media, communication and retail channels have been revolutionised by digital media, leaving an opportunity in the $7bn snow sports market for innovation-led, internet-speed, driven global businesses.

With people’s focus on quality, story and experience now defining the retail and media landscape, every brand has to deliver either price-point basics very well or differentiated premium quality with meaning. Why? Because the digital and social media revolution has enabled them to reach millions of current and potential consumers directly, and thus change the ‘brand-scape’ with premium, innovative products. Traditional advertising is struggling, and more and more brands are trying to stand out by creating their own content and by being very present on social media – and exciting collaborations also broaden reach beyond their initial target audience.

Trainer brands and artists have collaborated with one another for decades, but everyone is at it today: From FitBit and Tory Burch to Stella McCartney and Adidas, many exciting collaborations have already been formed with the aim of appearing innovative and unique, which appeals to today’s discerning consumer.

Taking inspiration from the many sneaker and fashion collaborations, Faction Skis (www.factionskis.com) focuses on artist collaborations that go beyond skiing and embrace the cross-cultural vibe that is seen and felt in the adoring queues in Shoreditch for limited edition launches of the sneakers that come out of such collaborations. Such collaborations ensure that their skis always appeal to the mood and interests of their target audience. One such example is Faction teaming up with Dragon Alliance, leading eyewear and accessories brand, and their sensational edgy skate- and snowboard-focused Japanese artist Kengo Kimura in order to produce a limited-edition capsule collection featuring the Faction Prodigy 3.0 and Dragon X2 goggles. Another key collaboration this season has been creating skis with Andorran bike brand, Commencal (see main picture).

This season’s Prodigy Series has another couple of artist collaborations: one with Munich-based street artist SatOne, featuring bold and playful spray-painted murals; another, involving the Prodigy X Series, which took the art of Yorkshire-born Kay Flockhart to Olympic gold and silver, with two models inspired by the freedom of expression in both street art and freeskiing.

All this goes beyond beautifully decorated skis. With a down-to-earth approach, and bolstered by some of the best skiers in the world, Faction has fostered a change in the industry and an attractive movement that led them to partner with Candide Thovex as shareholder, athlete and director. Known as The G.O.A.T. (Greatest of All Time), Candide’s creative film productions have generated over 100 million views with One of Those Days and Ski the World, in the process garnering an audience of 1.5m Facebook & Instagram followers. His seven Cannes Lion Awards also truly demonstrates that his marketing talent matches up to his cat-like skiing grace.

With Candid on board, last season saw the release of Faction’s first full-length feature film, This Is Home, which was celebrated and launched on a 300-stop film tour spanning 32 countries, and received an additional million digital views. This season has already seen the launch of the three-part The Faction Collective Presents series including La Grave, featuring Sam Anthamatten and Johnny Collinson, and the following part is already in production for an autumn 2019 cinema launch.

Despite having experienced great success, becoming a leading media production company has its roots in necessity as much as strategy. At the beginning of their journey, Faction couldn’t afford to buy a slot with the big ski film production companies and turned to new technology like drones and rider-held steady cams to make up for what they lacked in budget with creativity.

A philosophy that is true for all industry sectors is alone we can do so little; together we can do so much. Hence, Faction wholeheartedly believes that when you need to innovate, you need collaboration.