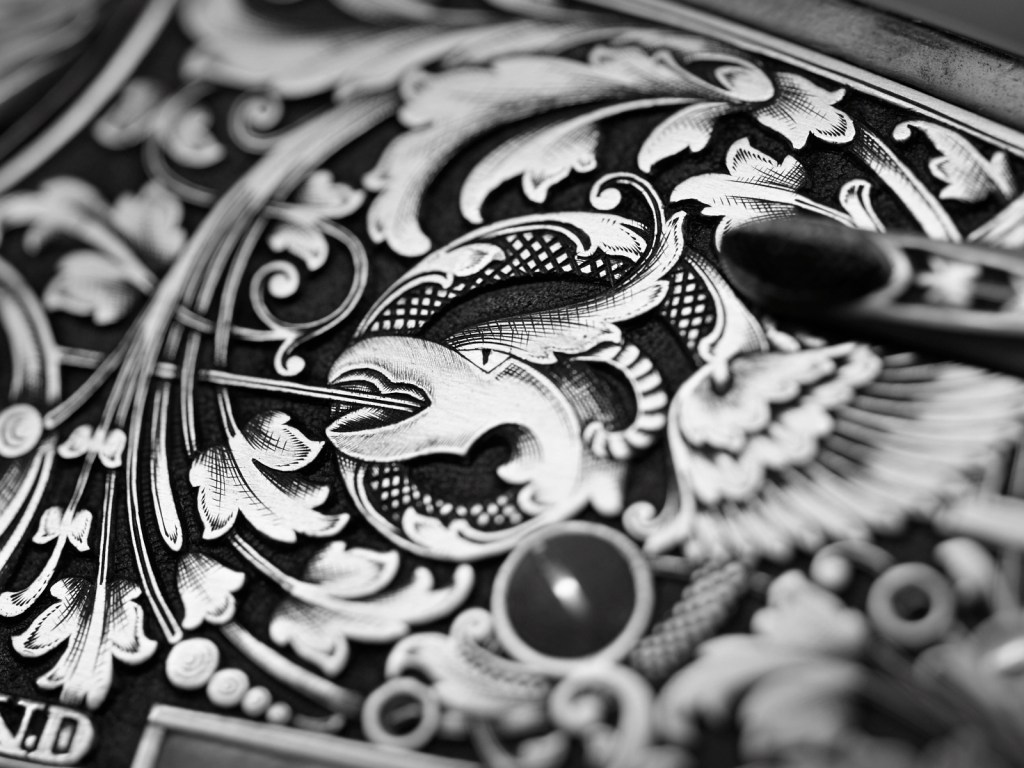 Kensal Green seems an unlikely place to find a world-class gunmaking factory. But there it is, a tall, red-brick building just across the tracks from streets of terraced houses, sandwiched between the Bakerloo line and the ranks of wonky Victorian tombstones of Kensal Green cemetery. Since the 1890s, Holland & Holland have been making some of the world’s finest shotguns and rifles here for a small but demanding constituency of wealthy sportsmen and women the world over – though closer to home, they have royal warrants from Princes Philip and Charles.

“We pretty well do things the way we’ve always done them,” explains manufacturing director Michael White as he walks me through this, a most rarefied and artisanal production line: one that begins in the barrel shop on the ground floor, where barrels are machined from bars of solid steel. We see a couple of CNC (Computer Numerically Controlled) machines here, used for rough work that is then finished by hand. But by and large, a gunmaker from the 1890s would be entirely familiar with what’s happening here, and throughout the building.

White explains the multiple processes involved as we follow the journey a gun would take, from barrel shop to action shop – where the firing mechanisms are made and added to the barrel – and on to the stocking shop, where the wooden parts are worked on and added, and  beyond, to where the engravers add a decorative touch to these powerful firearms. The gist of it is that gunmaking the Holland & Holland way boils down to a set of highly skilled, highly specialised craftspeople working to the most precise specifications, using skills honed over many years. And they work with tools so singular that the artisans must make their own – unless they inherit them, as many craftsmen here (and it is mostly men) do as they have followed fathers or uncles into the business.

Gunmaking is a slow process. Time and again, a gun is assembled and taken apart as a new element is added; then a thin coating of soot is applied to identify where a new component is rubbing up against another and needs further filing down. A ‘Royal’ side-by-side shotgun (as in its two barrels are side by side, rather than an under-and-over) – since 1922, a core part of Holland & Holland’s offering, which costs about £90,000 – might take between 750 and 800 hours of work, over something like 18 months, and longer if more decorative engraving is involved (which adds to the price).

Patience is required – for a stock to absorb another coat of oil, for example. And there is lots of fine-tuning. “People often buy pairs,” as managing director Daryl Greatrex explains when I visit the company’s beautiful Mayfair store – where Holland & Holland also sell beautiful sporting clothes – so they can keep firing while a loader reloads a second gun. “And you shouldn’t be able to detect any difference between the pair,” he says, either in how they feel and how they shoot.

It’s always interesting to visit a specialist workshop and see the amount of quiet concentration in the space – whether the artisans are making a McLaren car or watch for Hublot. But I’m especially curious to see gunmaking up close because I live on a street in Bow called Gunmakers Lane, across from handsome 19th century buildings that gave the street its names. And I often find myself wondering what it was like here when these housed the London Small Arms Company, rather than East End hipsters.

There would be some commonalities between Bow and Kensal Green, White explains, as we look at turn-of-the-century photographs of Holland & Holland’s workshops. But many more differences. For while both are very much part of Britain’s proud, centuries-old gunmaking tradition, they represent opposite ends of the trade. For if Bow was about mass producing weapons of war, Kensal Green was and is about making bespoke sporting firearms – something as distinct and different as a Savile Row suit is from the rag trade. For since it was founded by Harris Holland in 1835 – later joined in the business by his nephew Henry – Holland & Holland has been one of a small group of specialist gunmakers who making what used to be called “Bond Street rifles” – as in, sporting firearms for a wealthy elite.

The metal parts are crafted by hand from steel, rather than cast, because that way they’re stronger. And they’re also crafted with the maximum possible precision, so they can be fired with considerably more accuracy. And although guns can be bought off the peg, they’re usually bespoke – a point stocking room foreman Jason Schofield illustrates by showing me stock they still have from around a century ago. One piece has a distinct curve, which the metalwork within it would have been true to – all so it’s owner, most likely an officer blinded in one eye during the First World War, could continue to enjoy shooting.

Needless to say, all here are proud of the time-honoured craftsmanship that takes place under the factory roof. “We work like this not because it’s quaint,” Schofield explains, “but because it’s still the best way to do it.”