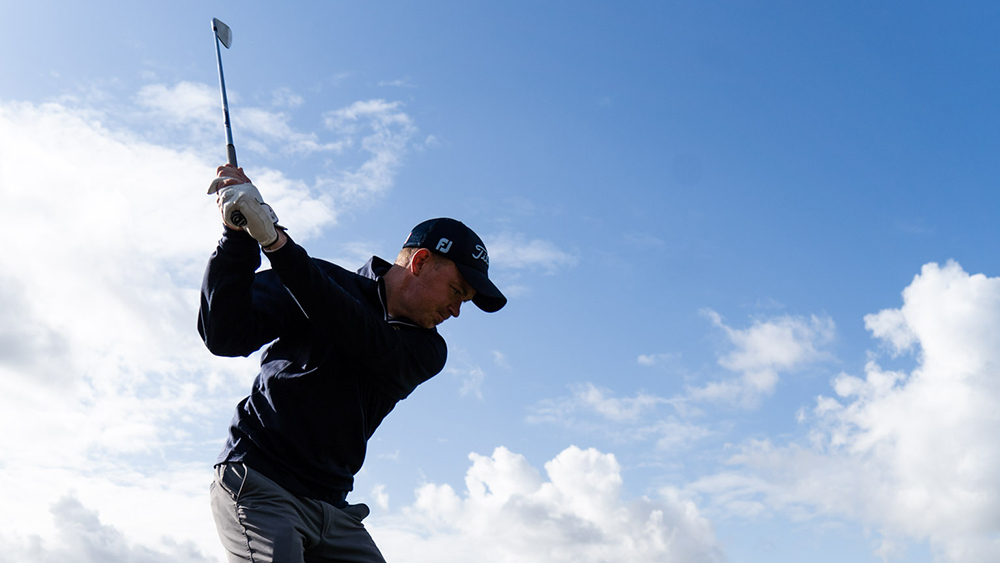 One night earlier this year, a light-fingered gentleman broke into my car and stole my golf clubs. I live in a terraced London house with my wife, two children and a hamster, and frankly, there isn’t room to swing a cat in the house, let alone a set of irons. So for the last 20 years, I’ve been living with the jeopardy that comes of storing my clubs in the boot. Necessity is the mother of all stupidity, to butcher the proverb.

In lifting my aging gear, said gent broke my heart. In the bag were precious tokens collected during a golfing life, much of it spent with my father. The Pebble Beach ball marker, the Valderrama divot tool, the Augusta National towel… None replaceable.

But he also did me a favour.

It will sound obvious, but no two golfers are the same. I once had a golf lesson in which the pro gave me some basic set-up tips and then told me to “use the swing God gave you.” Major winners Jim Furyk, Bubba Watson and John Daly will all understand what he meant.

And yet despite this, many golfers still buy clubs off the peg, so to speak, ignoring the fact that while some players will suit standard clubs, most will need a tweak here or there.

My idiosyncrasies extend from my height. I’m 6’ 6”, with arms designed for shelf-stacking and hands for playing catch with bowling balls. And yet despite these drawn-out proportions, I’ve never had a set of clubs made to fit me. All these years, I’ve been playing with someone else’s golf clubs.

Being newly club-less, I decided it was high time this was rectified, and to check out the world of custom fitting, which over the last decade has gone mainstream. All the big boys of club manufacturing are at it these days: Titleist, Callaway, Taylor Made all now offer a fitting service at centres dotted across the US, Europe and beyond.

They look at the full picture. Everything from the dimples on your ball to the angle a club sits to the ground can be called according to the instrument wielding them—you. The smart play is to embrace the tech, which gives fitters a gauge on all manner of useful information, such as how much clubhead speed you generate, your ball-flight trajectory and something called smash factor, which calculates how much energy is transferred from club to ball. Basically, how well you hit it.

My old clubs were Titleist and I loved them, so I headed to one of Titleist’s National Fitting Centers, where I was met by Jamie, an experienced fitter who begins with a brief conversation about choosing the right golf balls, the only piece of equipment you use on every shot, he says sagely. Then we turn to a black hard case that in another life might have transported high-grade weaponry, but today houses five clubheads, all 7-irons of varying forms from Titleist’s new range.

I’m a single-figure handicapper and worse, a purist and a snob, and so I point to the muscle back first, traditionally the feel player’s design of choice. Justin Thomas, currently ranked four in the world, uses these. That should do me.

Jamie attaches the head to a shaft and has me hit a few balls. I can’t hit it for toffee. Every strike feels like I’m hitting rocks. Trackman, the machine capturing the data, frowns. Yardage is way down on what I’d expect and the dispersion chart is all over the shop, the ring linking my shots like one of Saturn’s rings. We move on, my pride cracked.

Next is a cavity back, and the snob in me casts an uncomplimentary eye over it. Aren’t these for higher handicappers? But the dispersion chart is much better. And it’s better still when Jamie passes me Titleist’s new T100 and then the T200, both of which have tungsten inserts that are supposed to make the clubs more forgiving.

Which apparently they do. The dispersion chart has narrowed to a penny. Last is the T300, the most sympathetic of the range. But the results go haywire. A 215-yard carry for a 7-iron is absurd, for starters. Combining the data and my gut feel, we decide on the T100 as the pick. It has a handsome forged face that satisfies the purist in me, and hidden tech that makes up for the fact a PGA Tour pro I am not.

Then we’re onto shafts. Being tall and ham-handed, I have no problem generating clubhead speed, so we attach the T100 head to five different stiff shafts, which should help with control.

Trackman is still busy, but really this is about feel, says Jamie. And one feels better than the rest: the N.S.Pro Modus 3 Tour 120, made of Japanese steel. I’m now getting an average of a 181.3-yard carry with the 7-iron and a smash factor of 1.35. Right in the slot. My clubhead speed is consistent to 0.6 mph. This is all good, Jamie assures me. It’s not about chasing yardage; it’s about consistency so you can be sure how far each club will send the ball.

We try some Vokey wedges (just the 23 to choose from) and a utility iron called a U-510 that doubles as a fallback for the tee when the driver’s playing up, and, says Jamie, will fill the yardage gap in my bag. A big part of the fitting process is making sure you’ve got the right combination of 14 clubs—no point having three that do roughly the same thing, the logic goes. The utility goes miles and freakishly straight. It feels like cheating. And I want one.

After an hour and a half, we have data. Lots of data. We also have what my synapses are telling me. And we have a golfer who can’t quite believe how much difference all this kit appears to be making to his game.

A week later, I’m on the first tee on a chilly fall morning with my new clubs. They have “jumbo” grips and fill my hands like putty. As the swing rust wears off, it becomes clear these clubs are a quantum leap forward from what I had before. It’s hard to describe. For reasons I can’t fathom, my mind hears Emily Brontë’s Catherine Earnshaw wailing “I am Heathcliff,” and wonders if these clubs aren’t me.

So as I say, maybe the thief did me a favor. Which just leaves one question. How low did I go that morning? Let’s just say I still can’t putt.

Titleist Tee-To-Green Fitting & Golf Performance Evaluation will set you back around £1,400. For more information, visit the Titleist website.