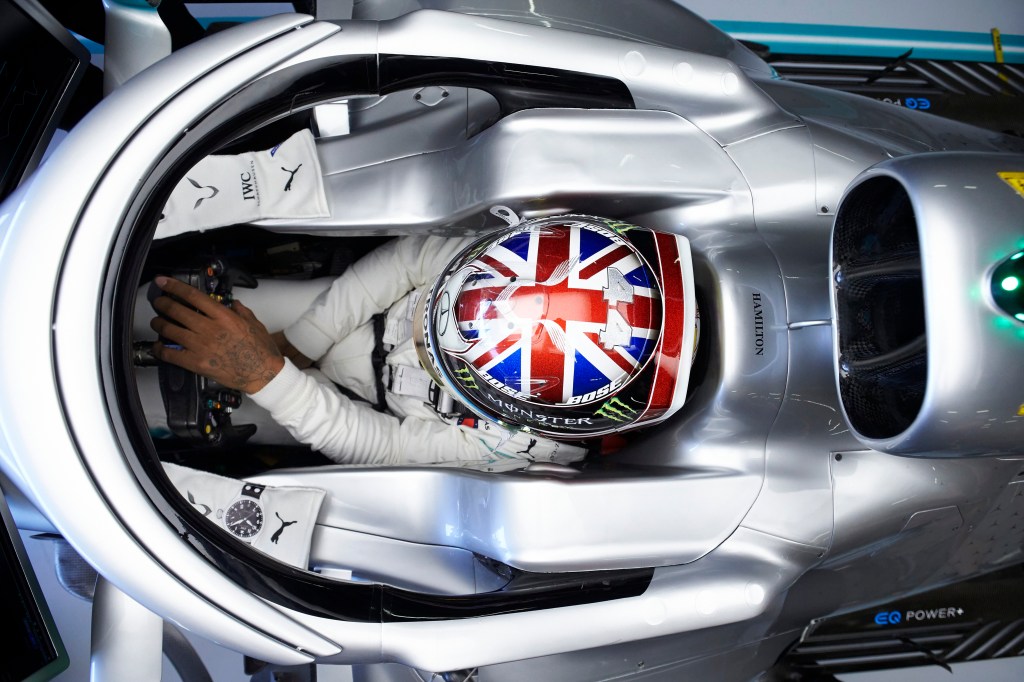 Juan Manuel Fangio was Formula One’s first superstar. Between 1951 and 1957, he won five World Championships and turned the skill of driving at ridiculously high speeds into an art form. The Argentine’s teammate at Mercedes, Stirling Moss, once said: “Fangio could somehow go closer to the edge of disaster than anyone else because of his feel.”

But Fangio himself believed that being a champion was as much about managing your emotions as it was about keeping the car balanced when taking a corner at 140mph on a wet track. “One of the most important faculties that a racing driver must develop is what I call his mind-management system,” he once said. “Emotion is very dangerous in motorsport: remove it and a driver can achieve the ideal cerebral and clinical approach to a race.”

The sport has, of course, changed immeasurably over the past 70 years, yet much of what Fangio preached still holds true today. But don’t take our word for it – just ask the two drivers who currently race for the German marque. Lewis Hamilton and Valtteri Bottas were first and second respectively in the F1 championship when we visited the Mercedes garage at this year’s Belgian Grand Prix at Spa, as guests of Mercedes’ commercial partners IWC Schaffhausen. And speaking a few days after the race, Hamilton told us: “I understand what [Fangio] meant and I think it’s still relevant but it doesn’t apply just to a racing driver – it applies to every top athlete. You have to be able to control your emotions and control your mind and build an energy field around you to create a zone in which you can operate. And that is not easy to accomplish.”

He adds, “It’s about being comfortable at the speeds you’re going at, being able to delegate yourself around the track, to see trajectories that you were never taught before. If you look at this season, it’s been one of my strongest yet and I’ve always been in that optimum state of mind. You have to find the right equation to make sure you get there all the time. That ultimately defines you as a driver.

Bottas concurs, adding: “it definitely comes from the mental capacity and the mental state of mind you have. It’s about focus, concentration and being able to get in the zone, to take in what you see and how you react. I’m sure it’s always been about that but back then the sport was more dangerous. So maybe that added an extra element, an extra level of excitement. But still I think something happens in the human brain when you drive that car so fast. Something gets switched on.”

Bottas is the latest in a line of top class F1 drivers to hail from Finland. The reason why his  country has produced three World Champions might be partly explained through a Finnish concept known as ‘Sisu’. “It’s like a willpower, mental strength, a spirit that you have inside you. You never give up on and when you decide to do something you see it through. It dates back to when Finland was quite a difficult place to live. It’s just the way we were. We don’t tend to talk too much – we just get on with things and we can be a bit selfish as well.”

With Hamilton, who is on course for his sixth World Championship, it’s almost as if he was born with an instinctive ability to read a race. “I’ve always known how to drive the lines I drive, but I don’t know how.  From the moment I got in a go-kart as a five-year-old, I knew how to drive around a corner. I wasn’t driving down the inside and taking a tight curve – I knew I needed to be wide and open up the corner.”

At Spa, Hamilton has a rare moment when man and machine are out of sync and he crashes during the final practice session. There’s a race against time to ensure that he can take part in qualifying. While the mechanics have just two hours to fix the car, Hamilton is locked in deep discussion with the team’s Race Engineer to work out what went wrong. Indeed, if there is one common thread that runs through the sport from Fangio to Hamilton it is the obsession with time – hence IWC Schaffhausen’s close links to it. As Hamilton says, “We’re chasing the clock in every element of what we do, getting the development parts to the track on time, getting the upgrades on time, the timing of the engine, the braking…” Or, as Mercedes Team Principal Toto Wolff puts it: “The stopwatch never lies.”

When Moss joined Mercedes in 1955, there were 56 people in what was known as the ‘racing department’. Now the figure is closer to 1,500. Each car produces 500 gigabytes of data during a Grand Prix. The steering wheel alone, which costs around €50,000 euros, can hold 10,000 pieces of data. Being able to process a small portion of that data has now become an integral part of the driver’s skill set. As Bottas says, “There is a lot of multitasking!”

As Hamilton and Bottas start the qualifying session, the engineers, mechanics and pit crews are transfixed by a wall of screens inside the garage. At one point it looks as if Hamilton might defy all expectations and finish runner-up in qualifying only to miss out on second place on the grid by one-hundredth of a second to Sebastian Vettel. Given the circumstances, it feels like a victory.

Soon after, the mood at Spa changes as news filters through that promising F2 driver Anthoine Hubert has died following a horrific crash caused by a freakish set of circumstances. It’s an awful reminder that despite the huge improvements in car safety since Fangio raced in the first F1 Grand Prix back in 1950, drivers still take extraordinary risks every time they compete.

For once, it’s perfectly understandable for the drivers not to have their emotions in check.

Speed = distance over time: here’s what our two drivers measure the latter with

While Valterri Bottas reportedly favours an IWC Big Pilot,  Lewis Hamilton has, amongst a selection of IWC watches that also includes a Big Pilot, an Ingenieur: his is heavily customised, but if you wish to follow suit, we recommend the Perpetual Calendar Digital Date-Month: a self-winding piece with a titanium case.