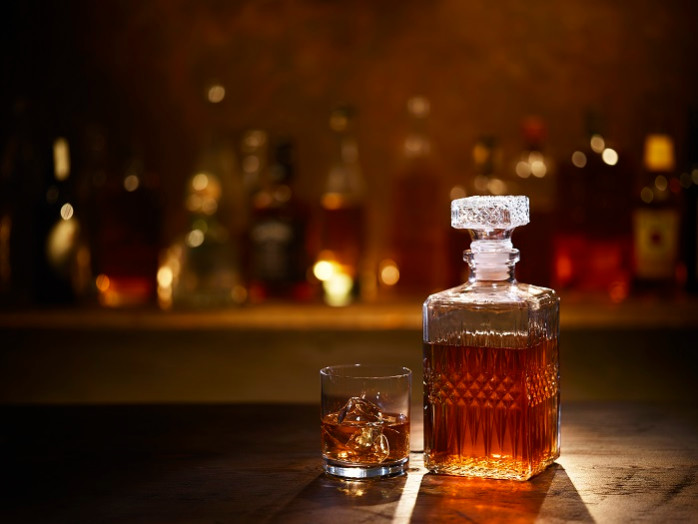 There’s not much that my Dad gets excited about; he’s a simple man, made happy by simple things. Simplicities such as rain hitting the crops after a period of drought, the first catch of the day while out fishing, getting a two-under-par score on a hole, his daughters laughing at his jokes, his favourite team winning at football… and receiving a special bottle of whisky for Father’s Day each year.

There’s something personal about receiving a good bottle of whisky. It’s a true reflection of how well you know someone. Whisky, without fail, should always be shared, making for occasions during which memories are made and when you get it right – well, you can consider yourself the favourite child for the day (favouritism is the aim of the game when it comes to impressing Dad).

Here are five whiskies that you simply cannot go wrong with.

Located in the most northerly town on the British mainland, Thurso, the Wolfburn Distillery was brought back to life in 2011. Since production resumed, innovative expressions such as sherried whisky Aurora and peated ex-bourbon matured whisky Morven have been hitting the market with a strict “never chill filtered” rule to ensure consistency in the smooth nature of their bottlings.

For Father’s Day, Wolfburn have produced a very limited release for all whisky enthusiasts. With only 320 bottles available in the world, the Wolfburn Father’s Day edition is crafted from whisky matured for four years in a single ex-Oloroso sherry cask. Expect the expression to be sweet on the palate with dried fruits, honey and butterscotch giving way to light spices like clove and cinnamon. A rich creaminess and depth of flavour makes this whisky the kind of tipple that says “Thanks Dad” in the sincerest of ways.

Available at Master of Malt 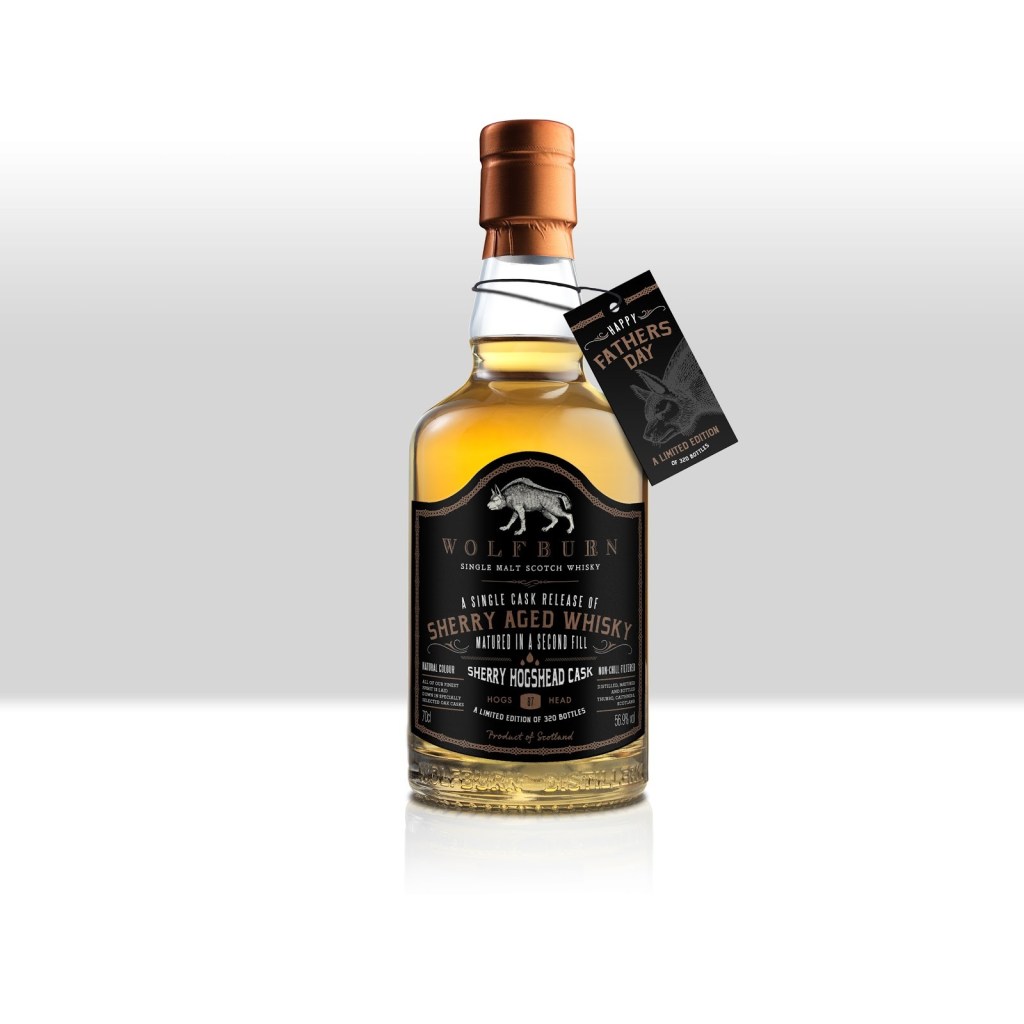 For something a little different, Michel Couvreur offers whiskies blended with a winemaker’s touch. Located in Burgundy, this brand emerged in the late-1970s when Belgian-born entrepreneur and winemaker Michel Couvreur opened a cellar and began to select sherry and port casks (Pedro Ximenez, Palomino and Jura Vin Jaune) to blend and mature today’s artisanal drop.

Though not legally allowed to be called a “Scotch”, the whisky does begin in Scotland as clearach (a high proof distillate), imported and stored 150 metres underground in galleries dug deep into Burgundian rock. Over several years the sherry and port casks are relocated between dry and damp areas of the cellar, introducing an intensity and complexity to the different whisky ranges. The dilution process is accomplished with bottled water from Scotland and every single bottle is hand-corked, hand-waxed and hand-labelled by this fascinating, family-owned blending house.

Candid is their single cask expression, peated and iodine whisky-matured in sweet Sherry casks, notably, old Pedro Ximénez casks from the region Denominación de Origen of Montilla-Moriles. The results are intense to the palate with soft peated liquorice and mellow roasted almond notes followed by floral, fruity expressions with a spicy finish.

Available at Master of Malt. 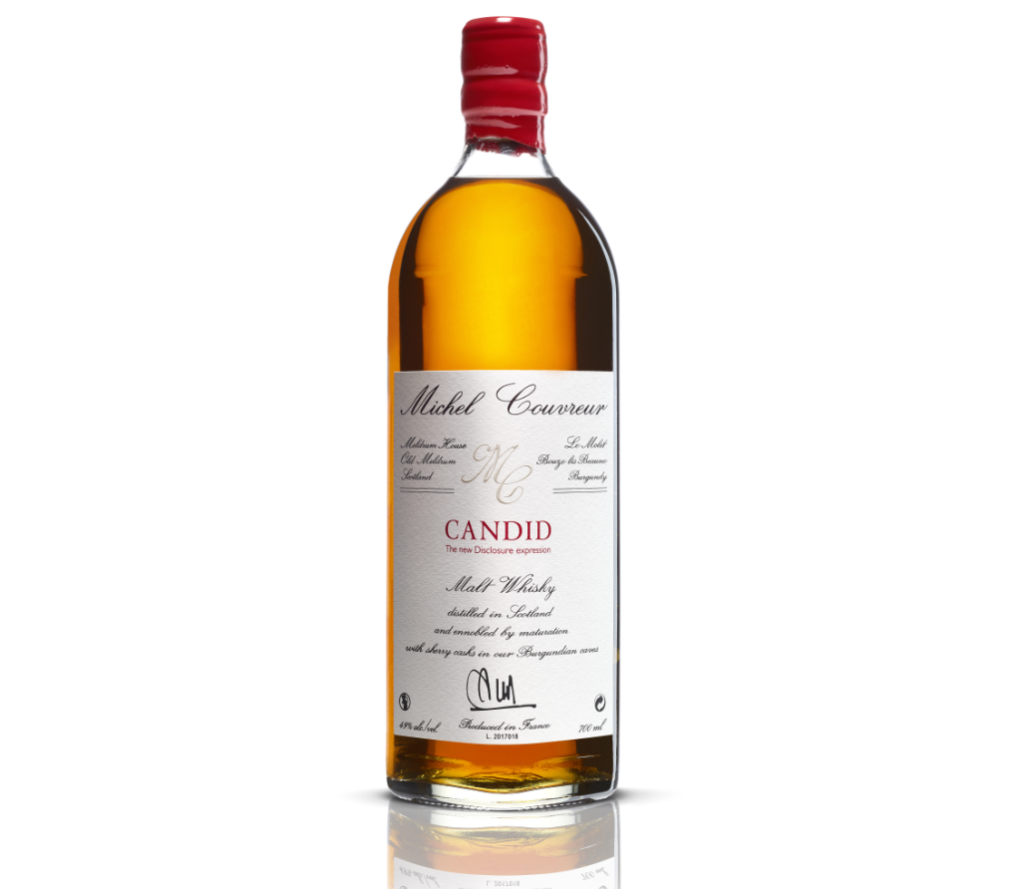 Often, we think of World Whiskies Awards two-time winner Sullivans Cove French Oak Single cask when talking about Australian whiskies. However, this boutique Tasmanian distillery produces drams that speak volumes in terms of their innovation and technique. Each whisky is bottled as single cask and is personally numbered to identify the exact cask and bottle. The Port Cask expression is aged in an ex-Port oak barrels from France, cut down to 100 litre (quarter cask) size. The result is intense character, with notes such as choc-chip cookie, orange marmalade and clove on the nose, with a palate profile of spicy, dried fruits and a finish of plum and cocoa.

Expect memories of family time by a crackling fire to come alive with the scent and flavours of a decadent fruit cake singing in unison with the deep brass colours of this Australian-based hidden treasure. An exceptional introduction to the ever-growing collection of Australian made whiskies for dads that like to explore worldly drams. 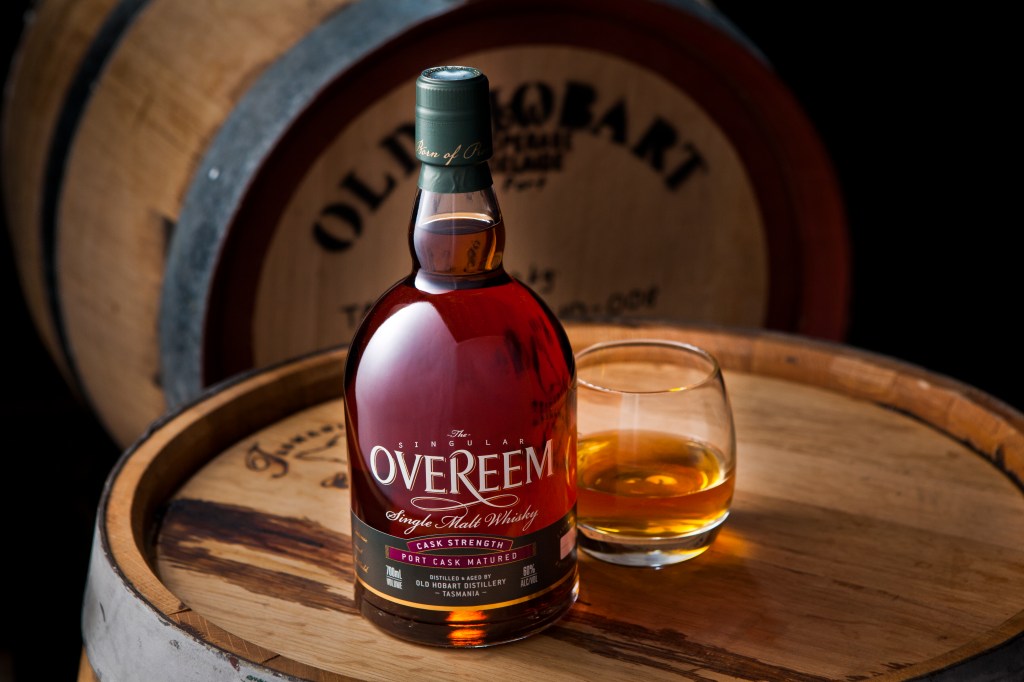 One of the Diageo Special Releases Collection’s top-shelf, top-price bottlings from the 2018 collection was this one from Lowlands distillery Carsebridge. An exceptionally rare, 48-year-old grain whisky, with only 1000 bottles made available, what makes this cask strength dram so precious isn’t only it’s limited release to the market, but its closed-distillery status. Carsebridge has only been known to bottle single grain with high-age labellings since its closure in 1983, and they are beginning to run low – so it may be a treasured investment as a Father’s Day gift.

If it is opened any time soon, the whisky inside is deep gold in colour with a delicate, light and balanced nose of very old grain, then a rich texture, voluptuous mouthfeel and a big, soft, sweet, then gently spicy taste with a long finish. 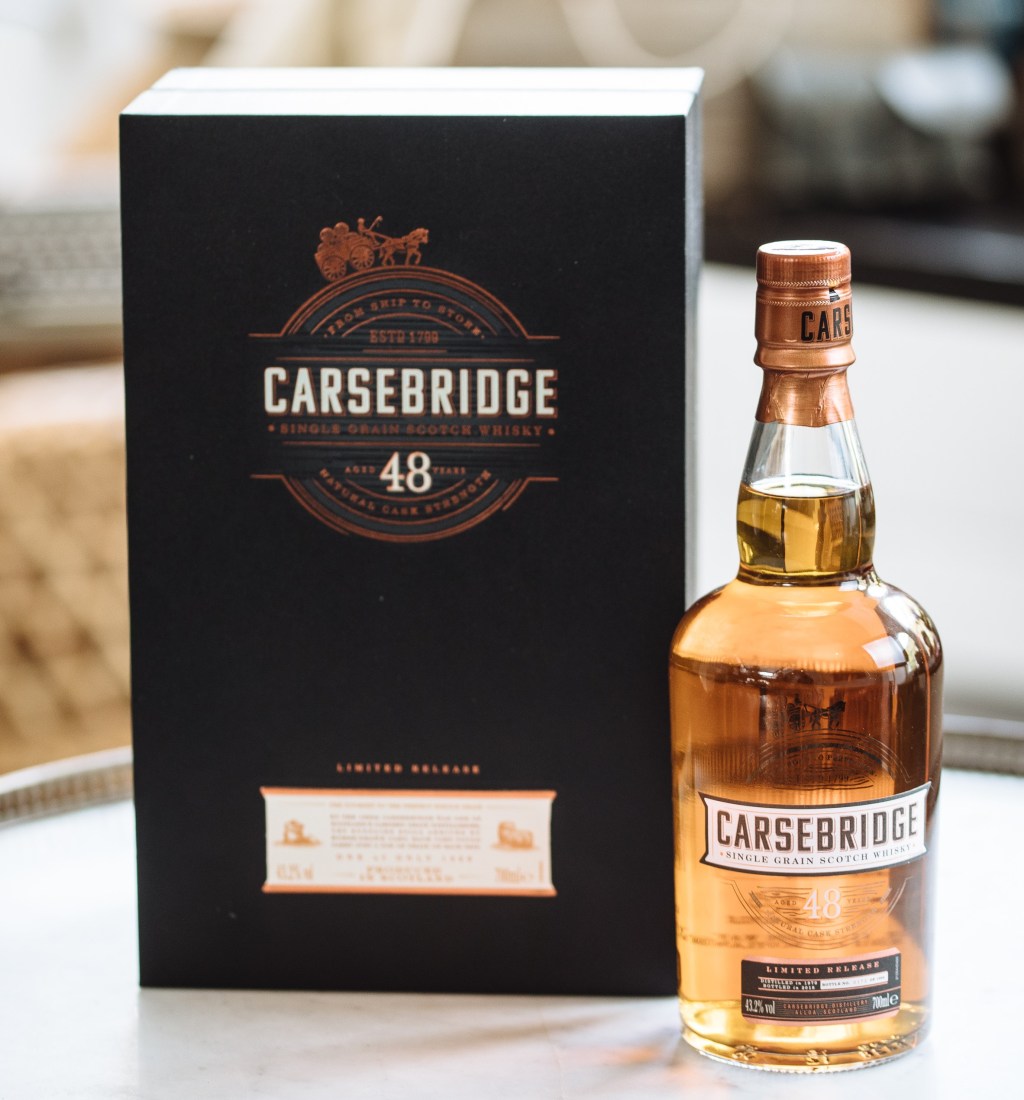 Port Ellen is believed to be the first distillery to have incorporated Septimus Fox’s spirit safe design into the distillation process, making it unique in historical value. This 37-year-old is the oldest dram Port Ellen has ever released. Now very rare but highly sought after, the levels of complexity make this bottle especially unique.

A compelling balance sees the initial oily texture followed by warm, honeyed citrus, spiced meats, roasted vegetables, delicate smokiness and a waxy finish (there’s no doubt the Isle of Islay would miss having such an innovative distillation virtuosity operating on its shores). What makes the ghost distillery so exalting with this particular bottling is that the curiously agreeable taste of leather is not hidden or overwhelmed by the multitude of components. Rather, it plays the hero and is complemented by the elements around it. This expression may very well be a Father’s Day present he will never forget. 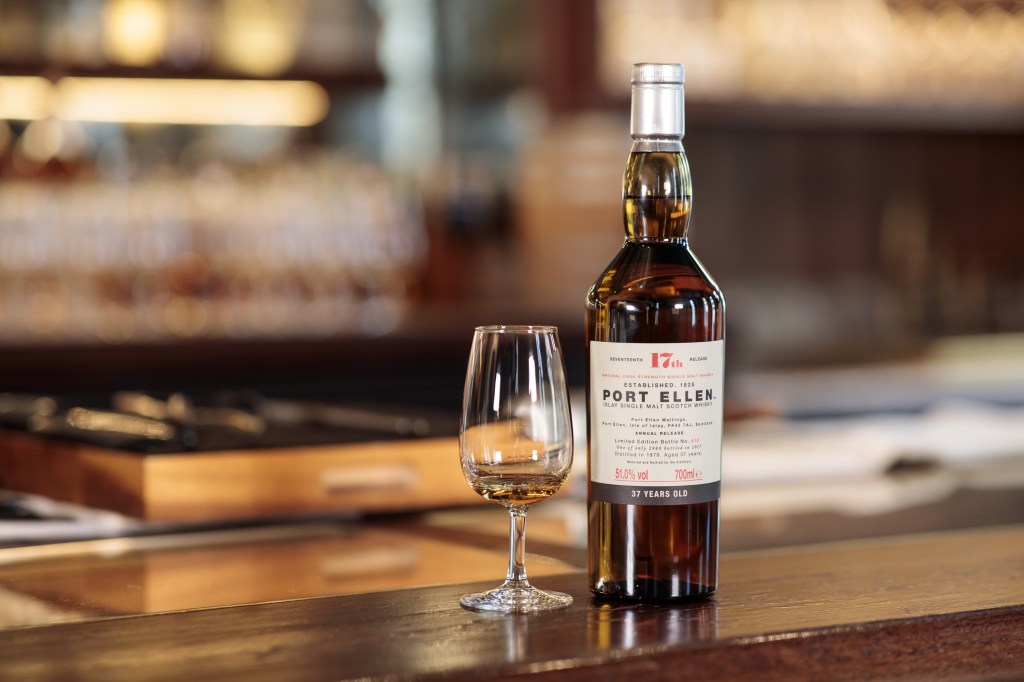