By Richard Carleton Hacker, With Additional Reporting By Scott Huxley on November 17, 2020 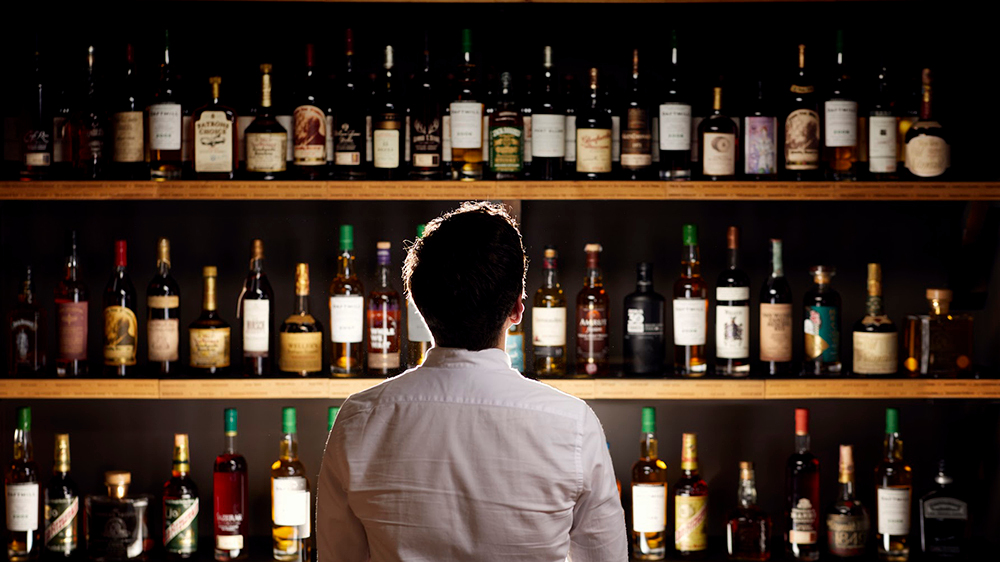 Needless to say, the Christmas season will be a little bit different this year, thanks to the Grinch-like presence of Covid-19. For one thing, Santa will probably be swapping his sleigh for FedEx and Amazon trucks, and many family gatherings will be socially distanced or distanced even further via Zoom. Nonetheless, the Yuletide spirit will prevail, with the help of some good spirits, of course – especially whisky. It’s the perfect gift to get someone who has everything, because when you buy them the right one, they’ll invariably need more of it. So we’ve gathered an eclectic selection that will surprise and delight any whisky-lover in your life. 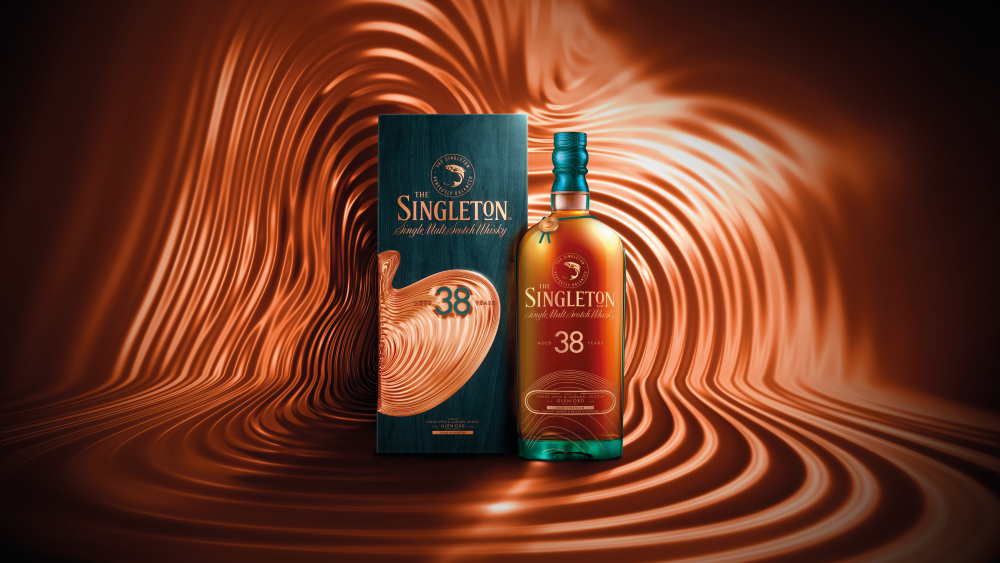 This is a connoisseur’s dream of an expression, especially for those who have been initiated in the endeavours of the only remaining single malt scotch whisky distillery on the Black Isle Its narrative begins with the maker’s Master Blender Maureen Robinson, in an experimental mood, combining a standard 12-year-old expression from casks which had previously held Bourbon or Pedro Ximenez sherry with that from some brand new American Oak casks. The result is rich, textured and packed with dark fruit and notes of apple brûlée.
Buy Now: £2,100 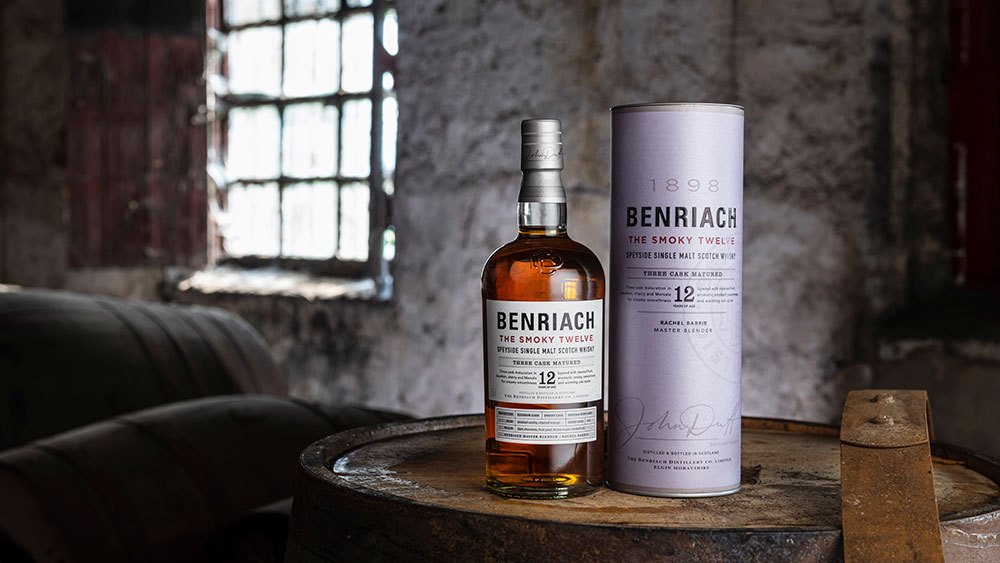 This Speyside distillery has a long tradition of creating three different styles of whisky—classic unpeated, Highland peated and triple distilled—all enhanced by an eclectic collection of casks from around the world. With this latest expression, master distiller Rachel Barrie has outdone herself, while still adhering to Benriach’s fruit-forward style. Combining bourbon, sherry and Marsala wine casks, this 12-year-old single malt is unexpectedly gentle on the palate, with a sweet vanilla smokiness that mingles with charred orange peel, toasted almonds and dark chocolate and begs to be paired with one of the limited-edition Davidoff Robusto Intenso cigars, a favourite of multiple-Michelin starred chef Thomas Keller, who finds it reminiscent of the toastiness of potato chips with his mother’s French onion dip. – RCH
Buy Now: £46 Maturation in first-fill sherry and bourbon casks is behind the delectable flavour profile – think sherry aromas and tastes of spice, raspberry and Seville orange with a smoky finish – of an expression which is the oldest the Speyside distillery has offered as part of its core repertoire since it reopened 22 years ago. “Made by hand for genuine character, Benromach is a traditional Speyside distillery owned by a family intent on producing single malt the right way,” says Keith Cruickshank, Distillery Manager. “Our small team of distillers rely entirely on their expertise and senses to make the finest handmade whisky, matured exclusively in first-fill casks, with a subtly smoky character and authentic Benromach taste.” – SH
Buy Now: £130 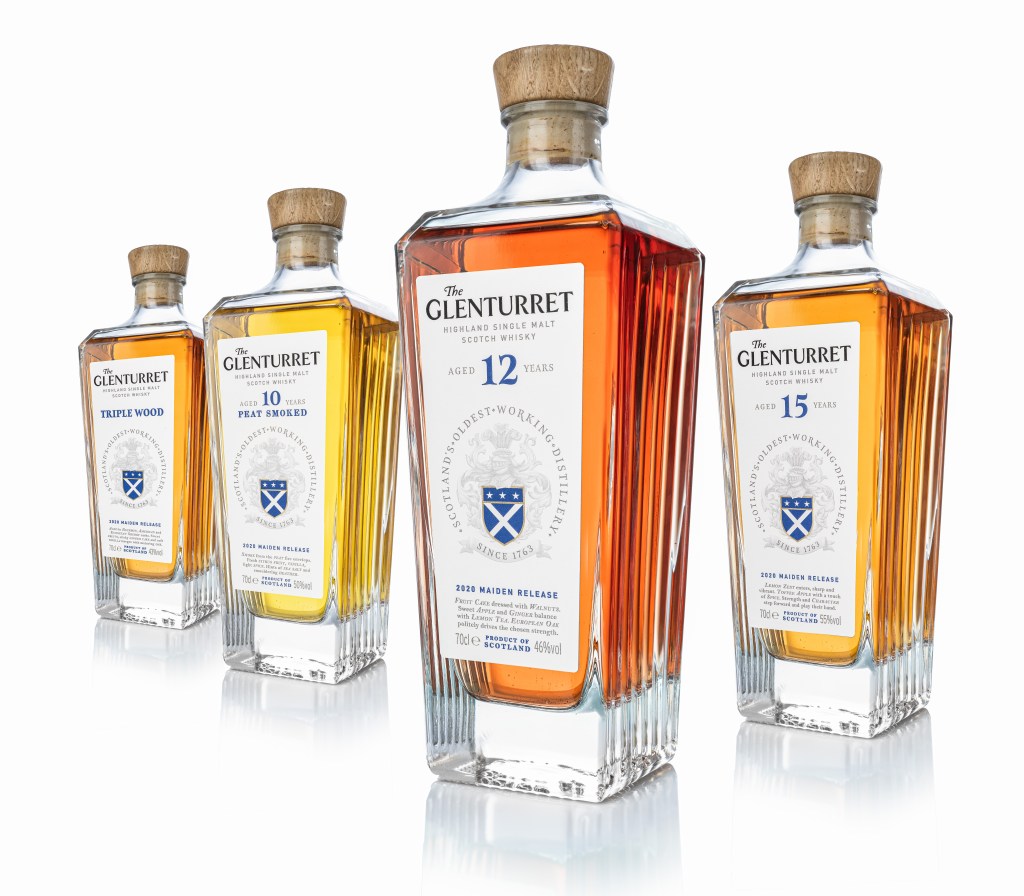 Triple Wood, 10 years old Peat Smoked and 15, 25 and 30 year old expressions all joined the repertoire of Scotland’s Oldest Working distillery in September, marking a new chapter in the 250-year-old history of an establishment which started out as a cluster of illicit bothy stills. But our pick of the bunch, which were all crafted by whisky lover’s whisky maker Bob Dalgarno, is the 12 year old: think rich fruit cake dressed with walnuts, sweet apple and ginger and a hint of lemon tea. – SH
Buy Now: £65 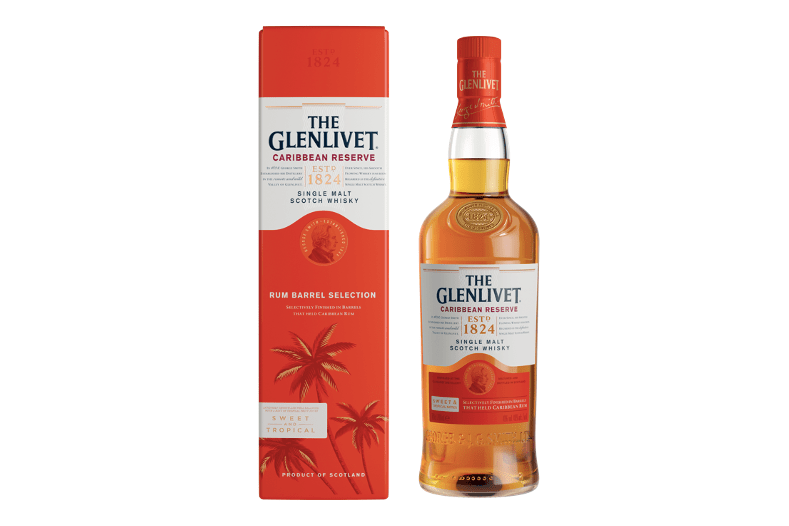 This non-age statement single malt has been selectively finished in some barrels that had previously held Caribbean rum. And befitting an 80-proof whisky that comes from the tallest stills in Scotland, it is pleasantly light in texture and taste. Perhaps subliminally prompted by this whisky’s name, it evokes the distinctive aromas of pineapples and bananas. Those same essences continue into the first sip, followed by mandarin oranges, vanilla and honeydew lemons. Indeed, a Scottish Mai Tai immediately comes to mind. In fact, Glenlivet’s Master Distiller, Alan Winchester said, “By bringing rum barrels and Scotch together for the first time in our history, we have brought some bold and tropical Caribbean flavours to our traditional Speyside style.” – RCH
Buy Now: £36 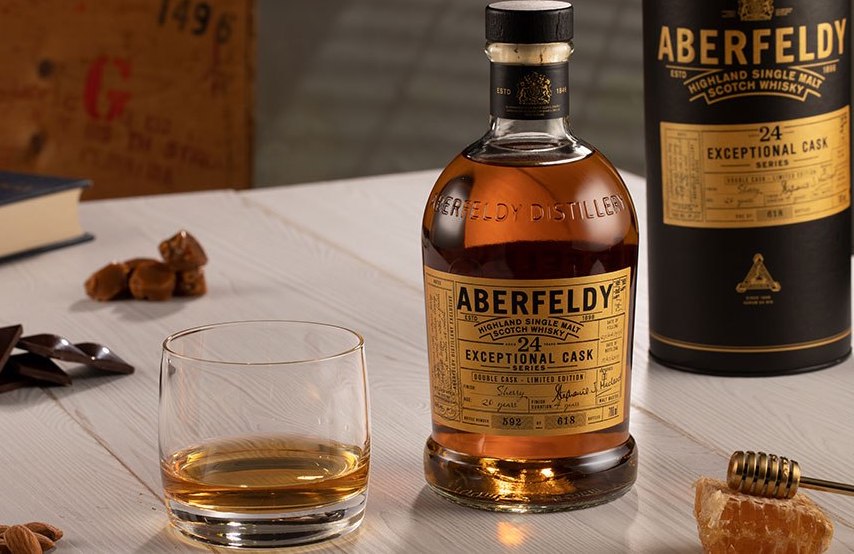 Fans of Dewar’s blended scotch may be aware that Aberfeldy is at the heart of this award winning blend. In fact, the distillery was built by John Dewar & Sons in 1898. But it has only been in the last 20 years that Aberfeldy has been bottled as a single malt. However, this particular expression is one of the first of the newly launched Exceptional Cask Series, which represents limited, one-time bottlings of the very best of the rare single cask whiskies that have been aging in Dewar’s vast warehouses.

“You can’t tell the quality of a cask just by looking at it,” says Dewar’s malt master Stephanie Macleod, who won the 2019 International Whisky Competition Master Blender of the Year award. “You have to open it up and sample it, and what a joy it is to discover an expression that goes on to be exceptional.”   And that’s exactly what Macleod found with this 24-year-old sherry-cask aged whisky, one of the smoothest, most refined Aberfeldy single malts bottled to date. Floral earth soaked in honey with traces of butterscotch and smoke demands that this dram be savoured in a snifter, with just a wee splash of water to tone down its 107.8 proof.
Buy Now: £225 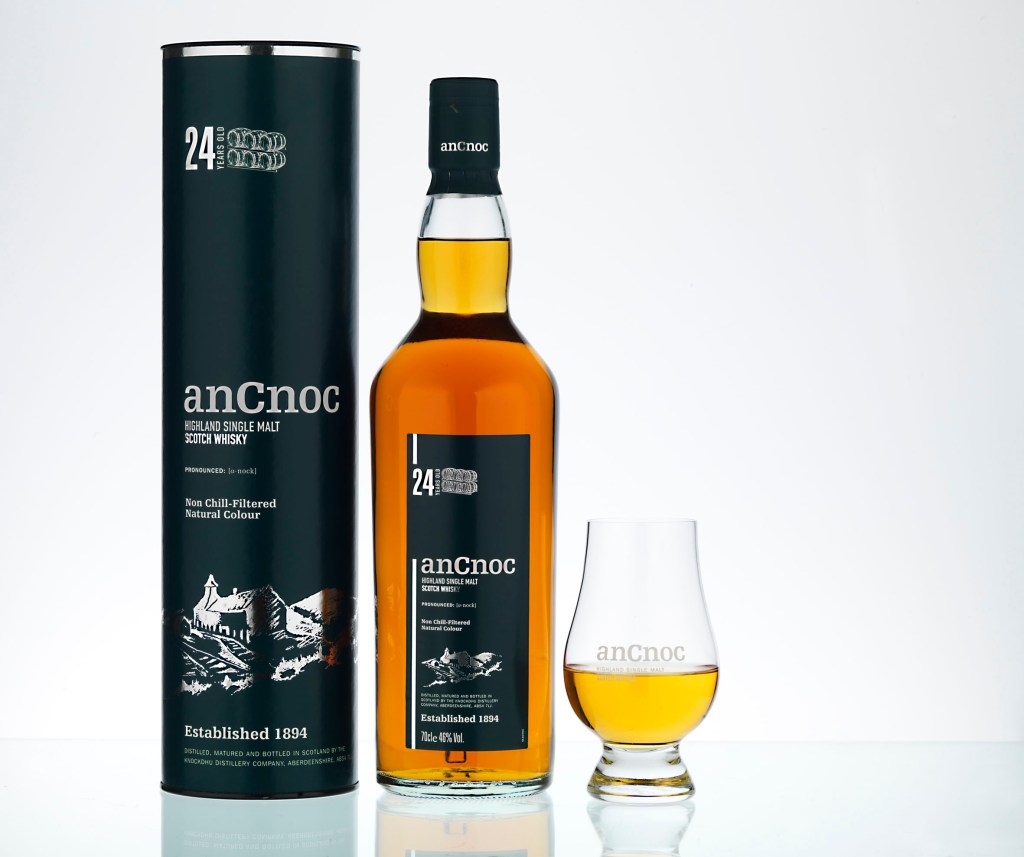 This intriguingly named expression (“anCnoc is Gaelic for ‘up the hill’) is made without colouring or chill filtering. Aging takes place in a combination of ex-bourbon and sherry casks, resulting in a spicy fruity taste, with notes of candied orange, honey and leather (some have discerned hints of vanilla, lemon, gooseberry and fig rolls). The Knockdhu distillery behind it in the Scottish Highlands continues to take advantage of the factors that led to its founding, in the late 19th Century, on the southern slope of Knock Hill: several natural springs, and proximity to a district noted both for excellent barley and peat. – SH
Buy Now: £116 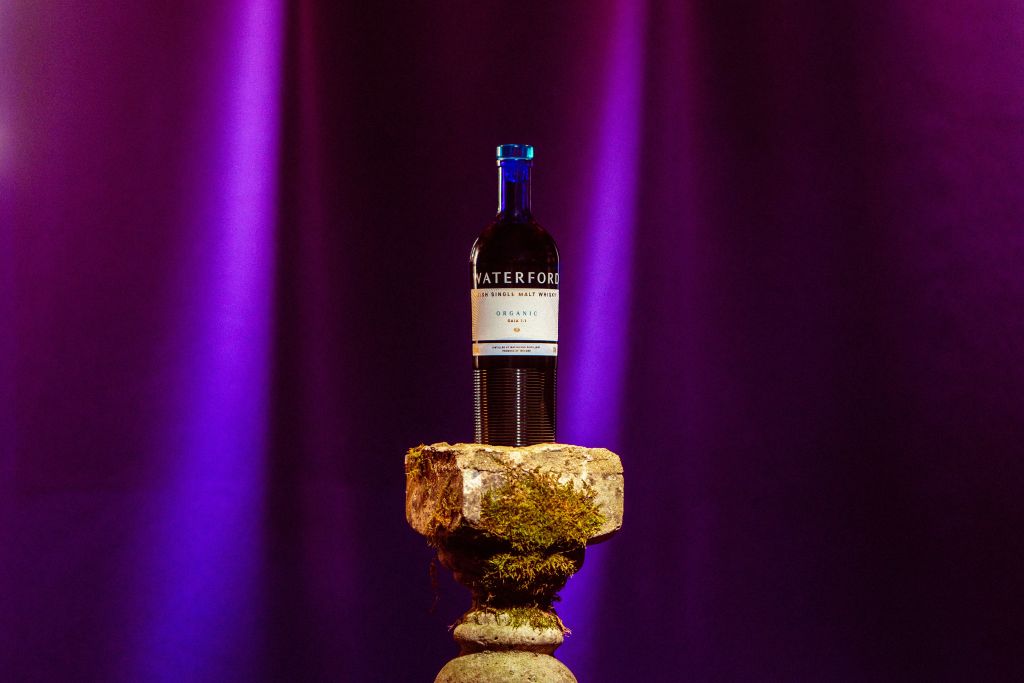 Waterford’s new Arcadian Series is range of Irish whiskies, made from organic, biodynamic and heritage grains, underpinned by the concept of provenance. Thus, it celebrates radical barley growers who employ alternative farming philosophies, and explores the finer brushstrokes of Irish “teireoir” and the impact a farm’s microclimate and soil type has on the flavours that end up in the bottle.

Organic: Gaia 1.1 takes its name from the Greek goddess symbol of the Earth, and was distilled in 2016 by six farmers rising to a challenge set by Waterford Distillery: to produce the ﬁrst Irish-grown organic malting barley. The result – a 42 per cent expression aged in ﬁrst-ﬁll US oak, 17 per cent virgin US oak, 23 per cent premium French oak and 18 per cent Vin Doux Naturel sweet fortiﬁed wine casks – is bottled at 50% ABV without colouring, chill-ﬁltration or any additives whilst long fermentation and slow distillation extract the maximum flavours from the malted barley. – SH
Buy Now: £77 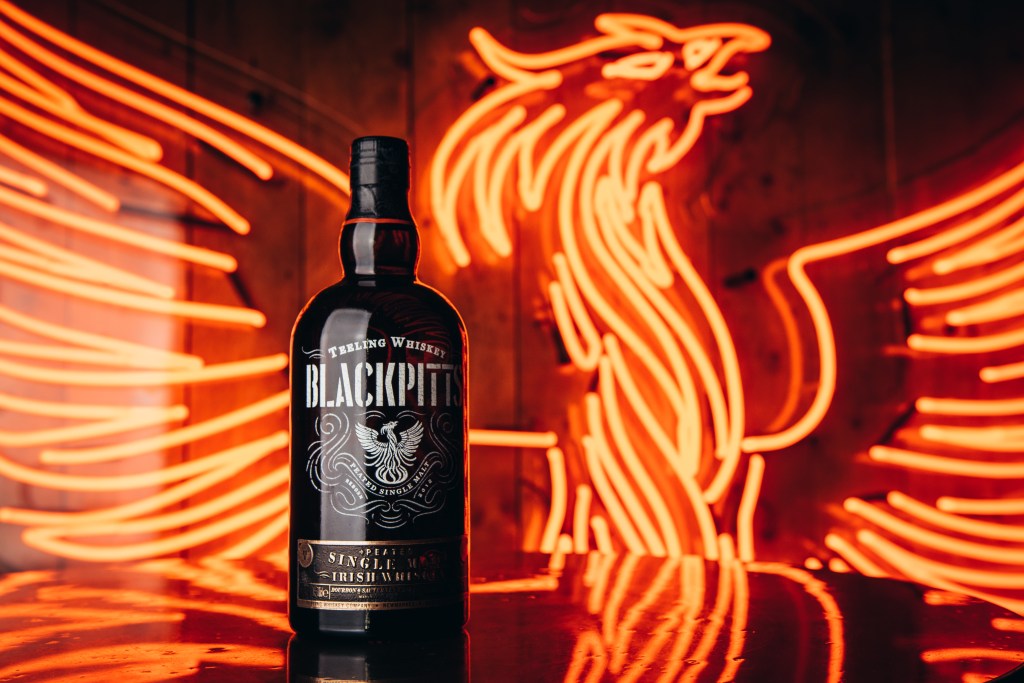 BBQ smoke, cloves, butterscotch, and orange peel, honey, stewed pears and even grilled pineapple are some of the catholic tasting notes you’ll see scribbled down at a tasting of this, the first peated single malt to be distilled in Dublin (salted Caramel, meanwhile, is commonly cited as the dominant force in the finish). Triple distilled from malted barley – hence the sweeter smoke notes – it has been dried over peat fires before being matured in a combination of ex-bourbon and ex-sauternes French wine casks.
Buy Now: £53 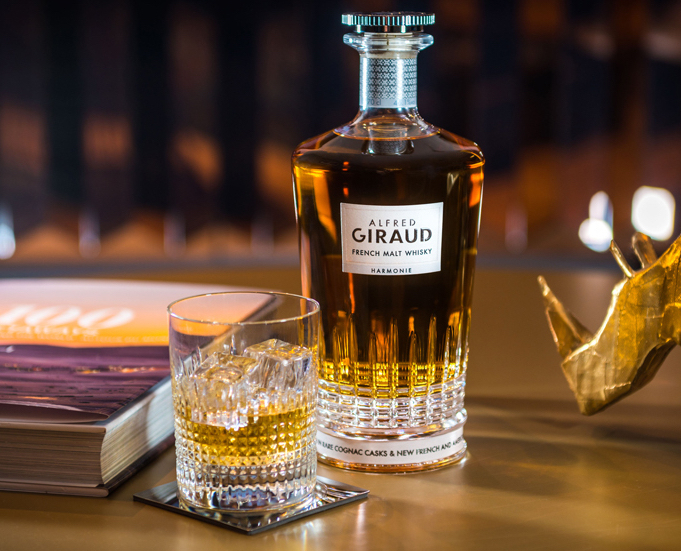 The House of Giraud had been coopers and cellar masters since 1875, but breaking with tradition, fifth-generation Philippe Giraud joined a renowned Scotch whisky producer in 1995. He then returned to France and created this triple malt whisky, which not surprisingly, is primarily matured in the family’s rare ex-Cognac casks, along with a smaller percentage of American and new French oak barrels. This has resulted in a delicately-hued whisky with gentle notes of yeasty dried fruits, a faint silky wisp of smoke, and a long finish, thanks to the tannins in the X.O. Cognac casks used for the final maturation. – RCH
Buy Now: £160