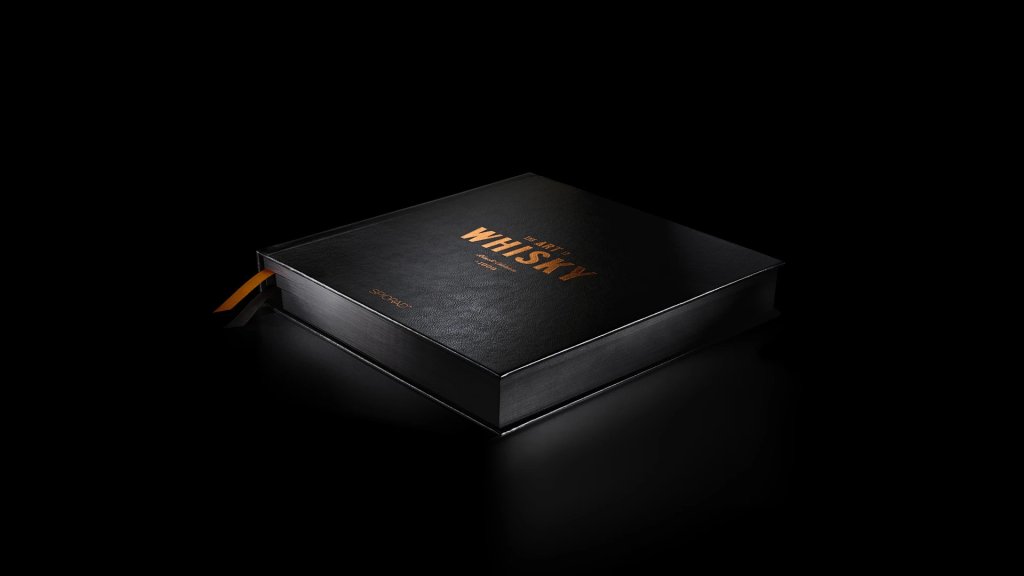 Like many an author, the late, great, award-winning photographer Jon Purcell wanted to produce the kind of book he himself wanted to read – a book that didn’t yet exist. A book that explored the art in whisky through a series of stunning images that depicted its history, and the landscapes and people associated with it. So for 18 months or so, he began working on a photographic treatise about the production of whisky around the globe, in a journey that would take him from whisky’s Celtic birthplace, all the way to the Far East via the US, and back again.

The result, The Art in Whisky, is what will surely become his lasting legacy: a lavishly illustrated, exclusive book that explores the provenance of whisky from around the globe, featuring distilleries in Ireland and Scotland and further afield destinations such as Taiwan (the Kavalan Distillery) and Japan (the Yoichi, Miyagikyo, Yamazaki, Hakushu and Chichibu Distilleries), and taking readers on a visual journey that percolates through the entire crafting process – from grain to bottle to glass. 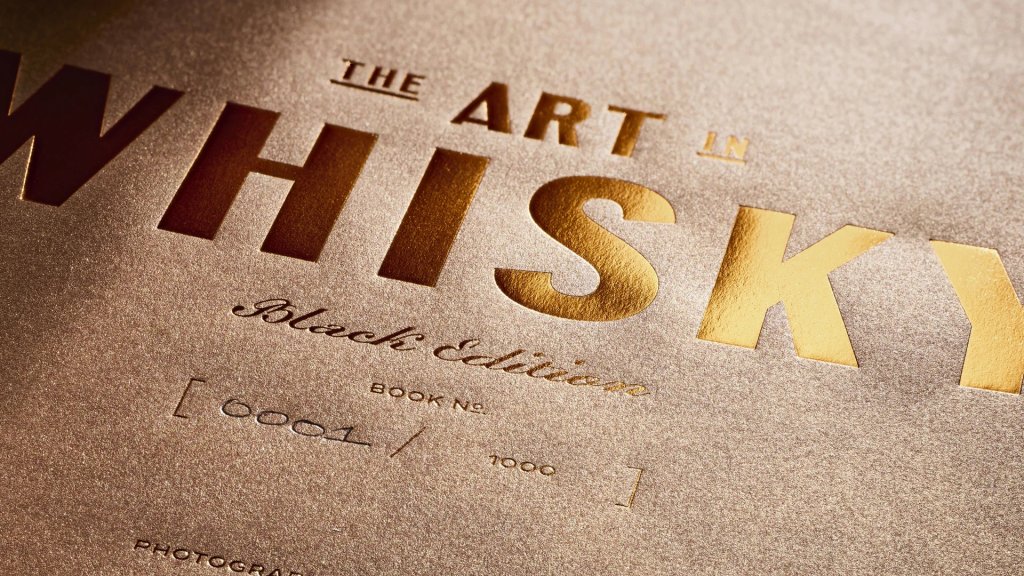 With more than 350 photographs that capture the ‘art’ in creating whisky, the 14” x 14” 256-page book delves deeply into each distillery, with full co-operation from the artisan makers – “extraordinary dedicated people, who craft and create distinct whiskies, each with their own particular char-acter heritage and provenance,” says Purcell.

And yet one of his most spectacular shoots occurred not in a distillery, but in Jerez, Spain, while photographing the creation of sherry casks that would eventually be used to age whisky. “It was a real fire-and-brimstone moment as barrels blazed around me,” he recalls. “But the moment that will stay with me forever is when I stepped into a traditional dunnage warehouse for the first time and breathed in the heady aroma of the ‘Angel’s Share’. It was as close to a religious experience as I have ever come!”

Like every professional photographer working today, Purcell has had to embrace the digital. However, the subject matter seemed to lend itself to a less instantaneous and more traditional form of image-making. “After all, producing great whisky is all about taking the time… It feels like every aspect of the production process has a sort of intrinsic poetry, which really makes the beautiful images,” he says. 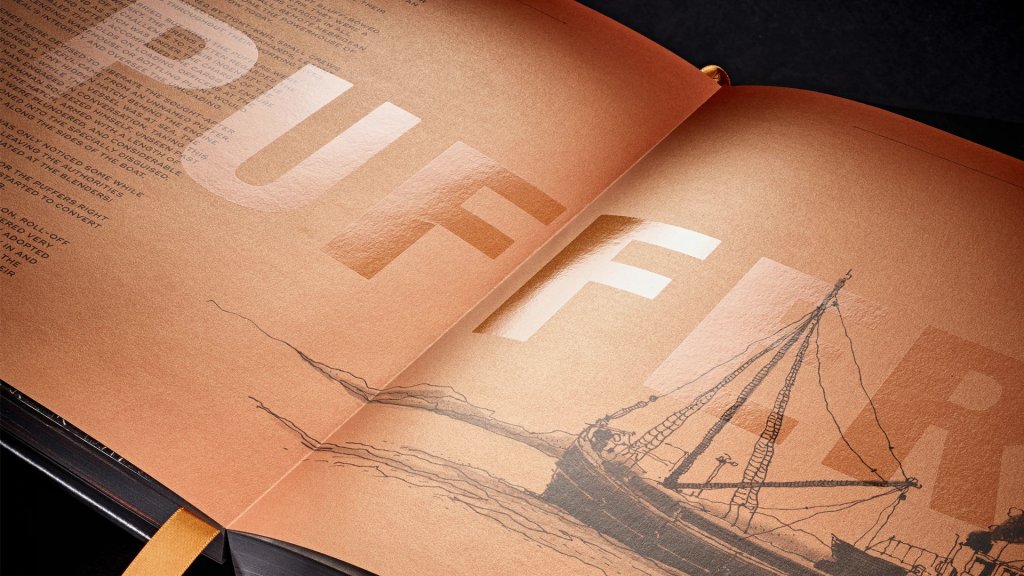 So for the first time in years, he decided to shoot on film. “One of the luxuries of having more time to play with, of not having to work to a specific deadline, was that it allowed me to go back to using my wooden 4×5 field camera and shoot on film,” he recalls. It is this attention to detail, and the desire to create something as singular as the subject matter, that allowed him and whisky connoisseur and bibliophile, Jimmy Van Steenkiste, to deliver a book of such quality.

Such beauty comes at a price: limited to just 1,000 hand-numbered copies worldwide, the black edition (bespoke, handcrafted, black leather clamshell case with suede interior) retails at £450, and is available to purchase directly from artinwhisky.com.

Click here to see a video about the book’s production. 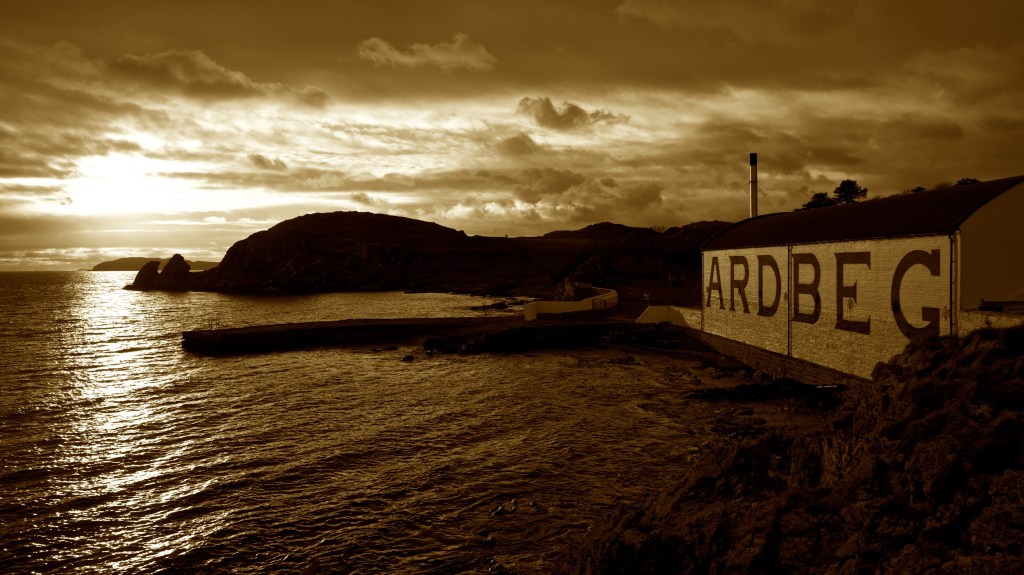 Ardbeg Distillery on the south coast of Islay 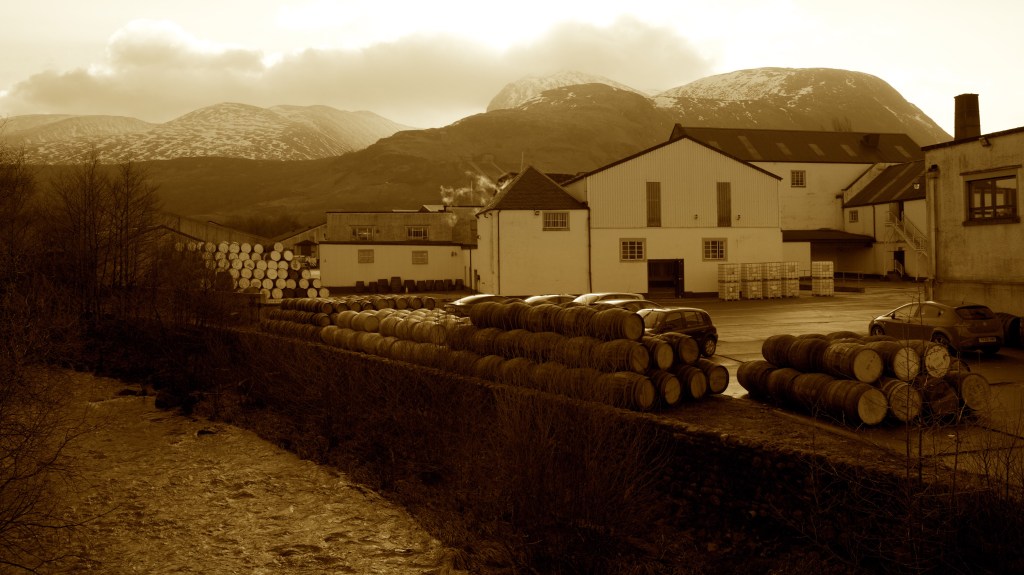 The Ben Nevis distillery, at the foot of Britain’s highest mountain 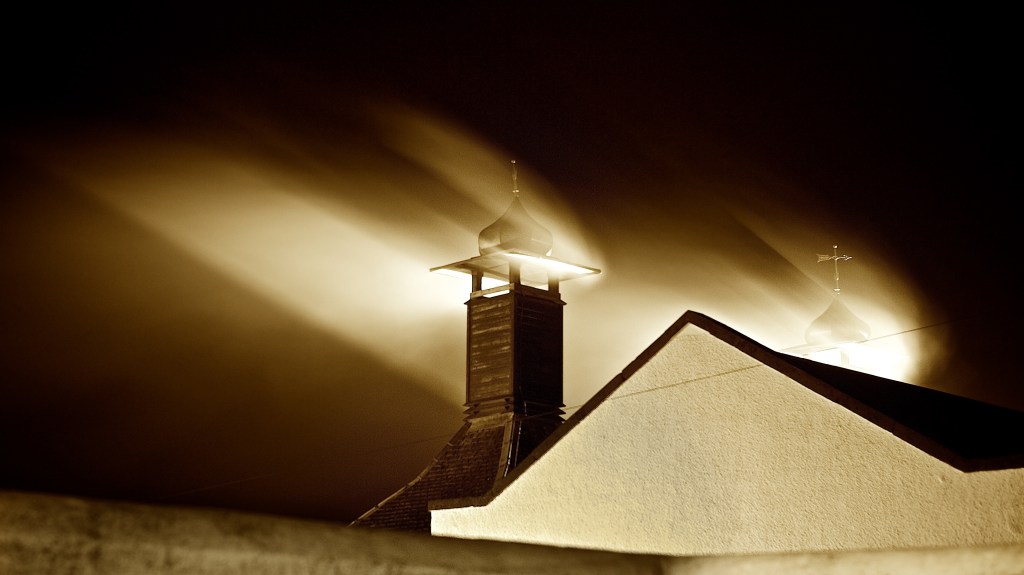 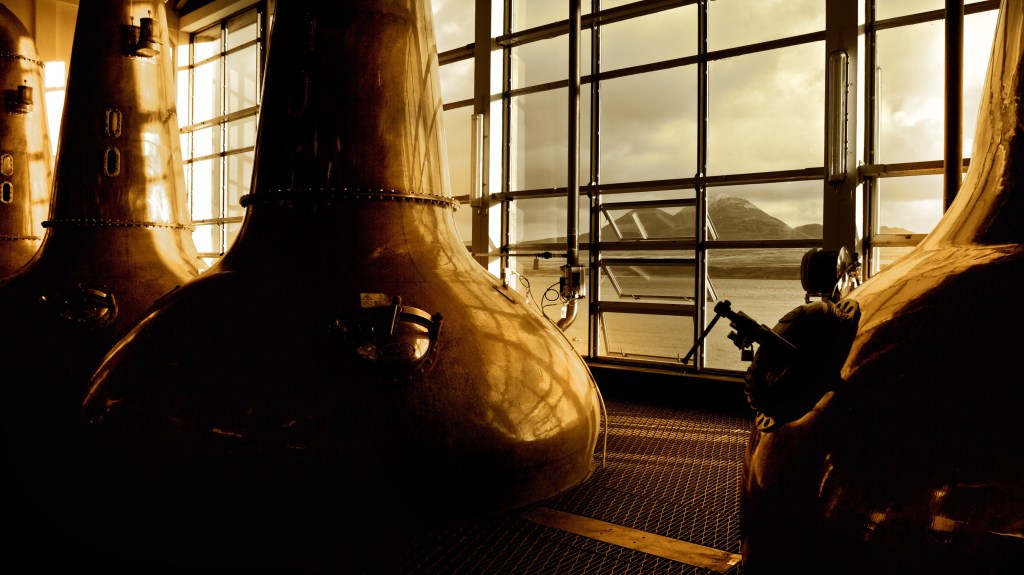 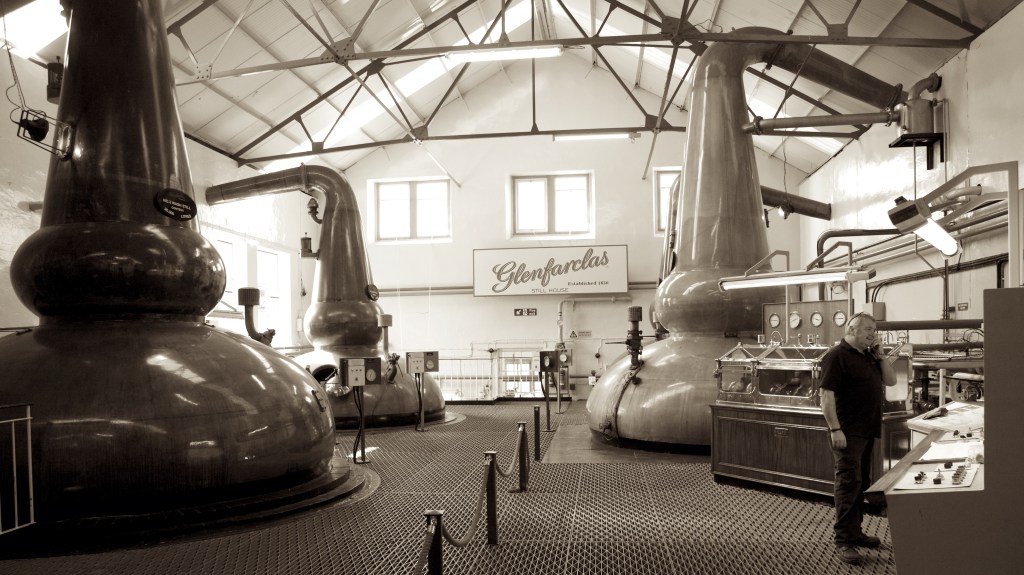 The Glenfarclas distillery in Ballindalloch 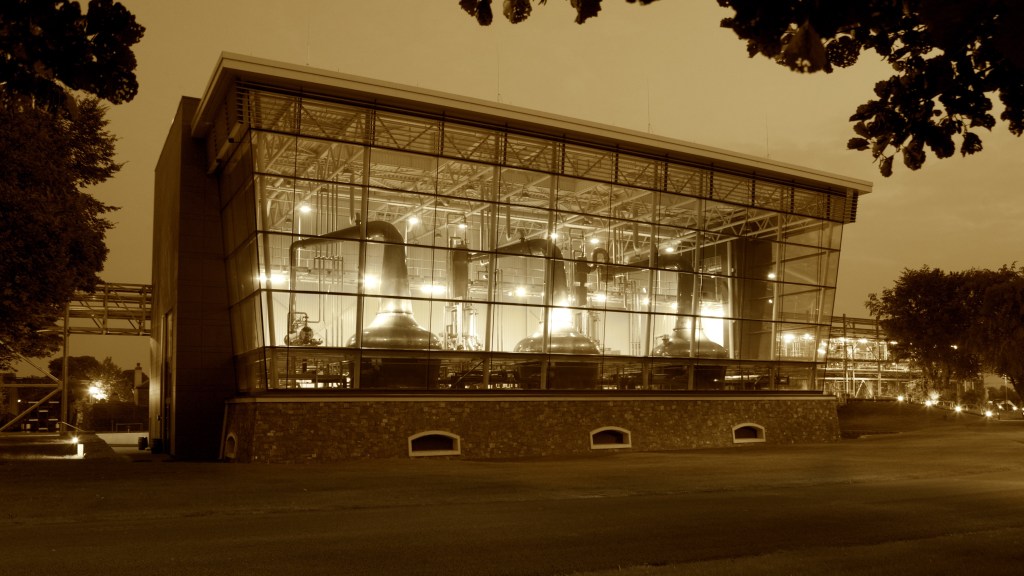 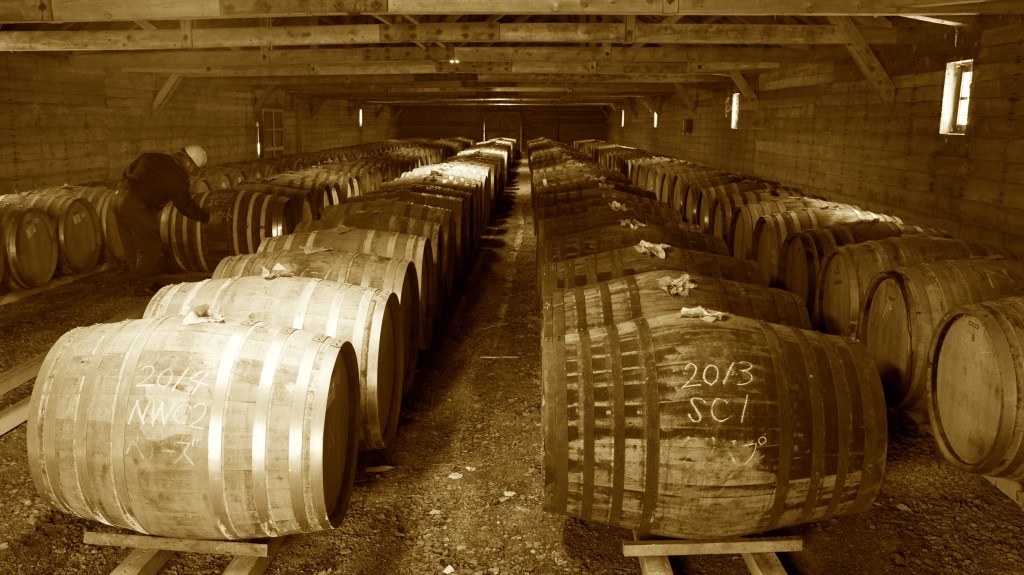 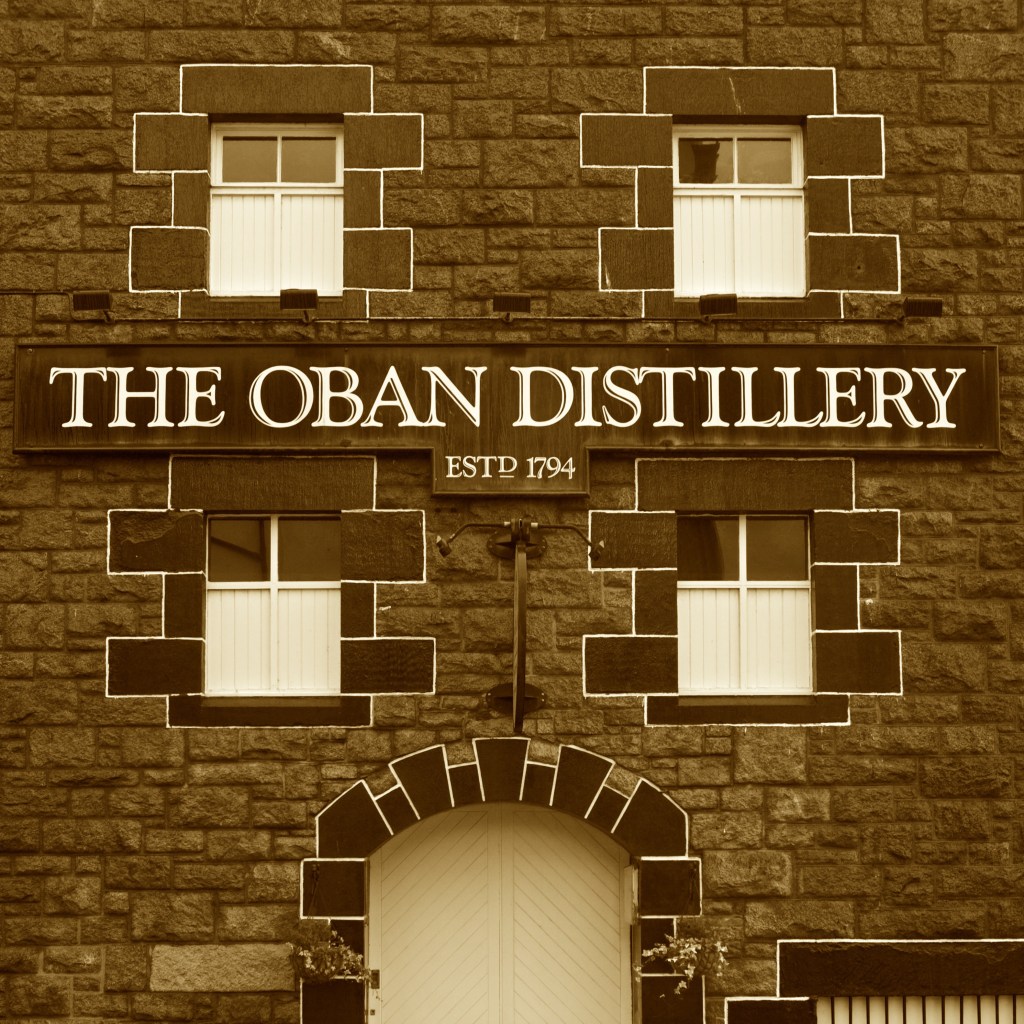 The Oban Distillery near the West Scotland port after which it is named. 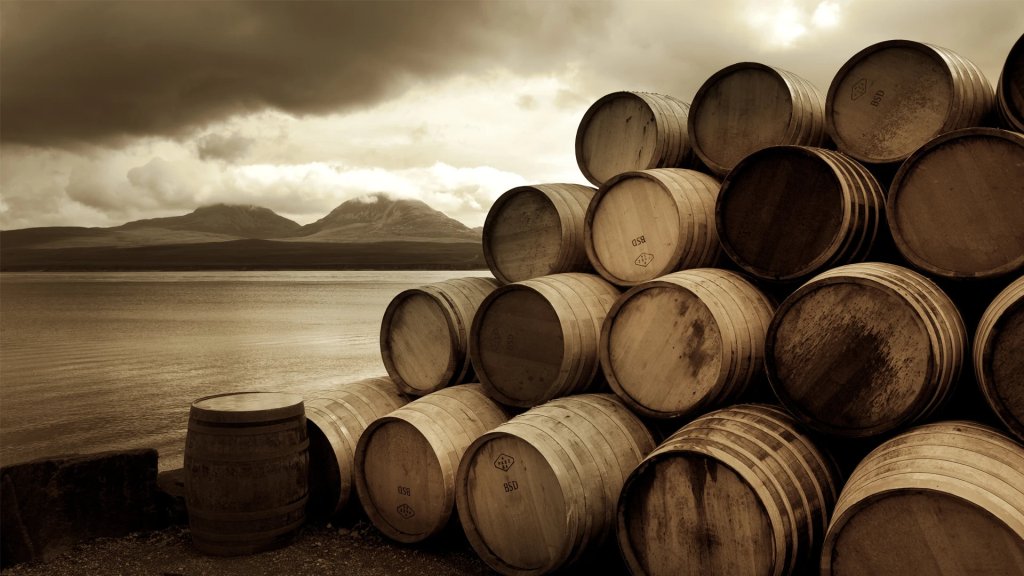 Casks at the Bunnahabhain Distillery near Port Askaig on Islay 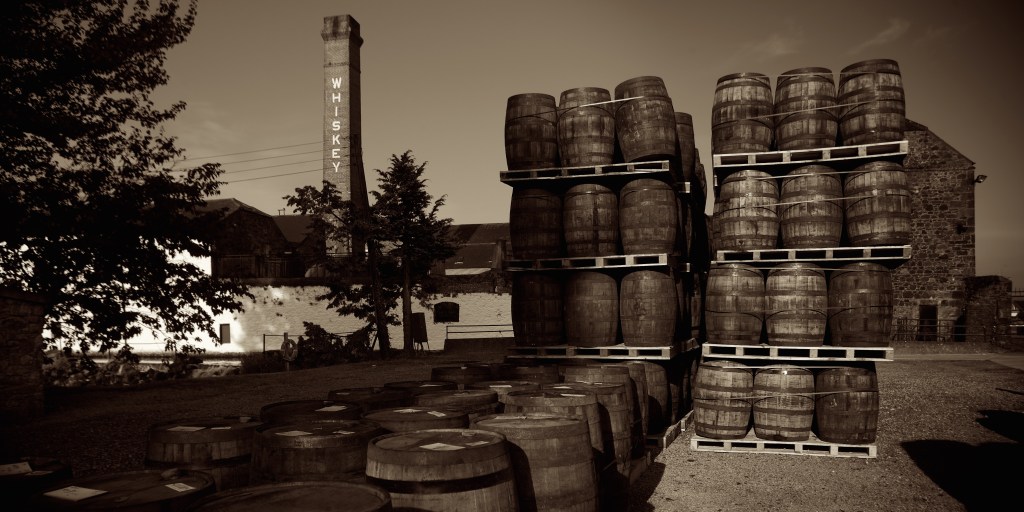 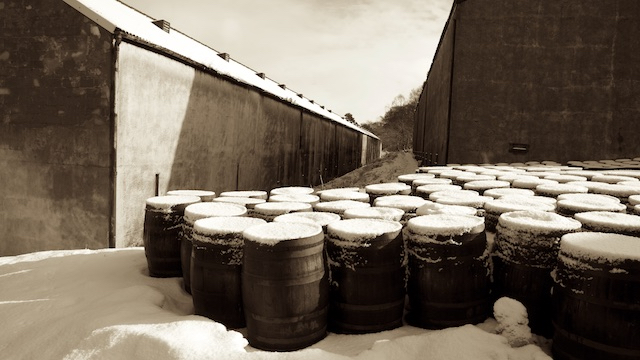