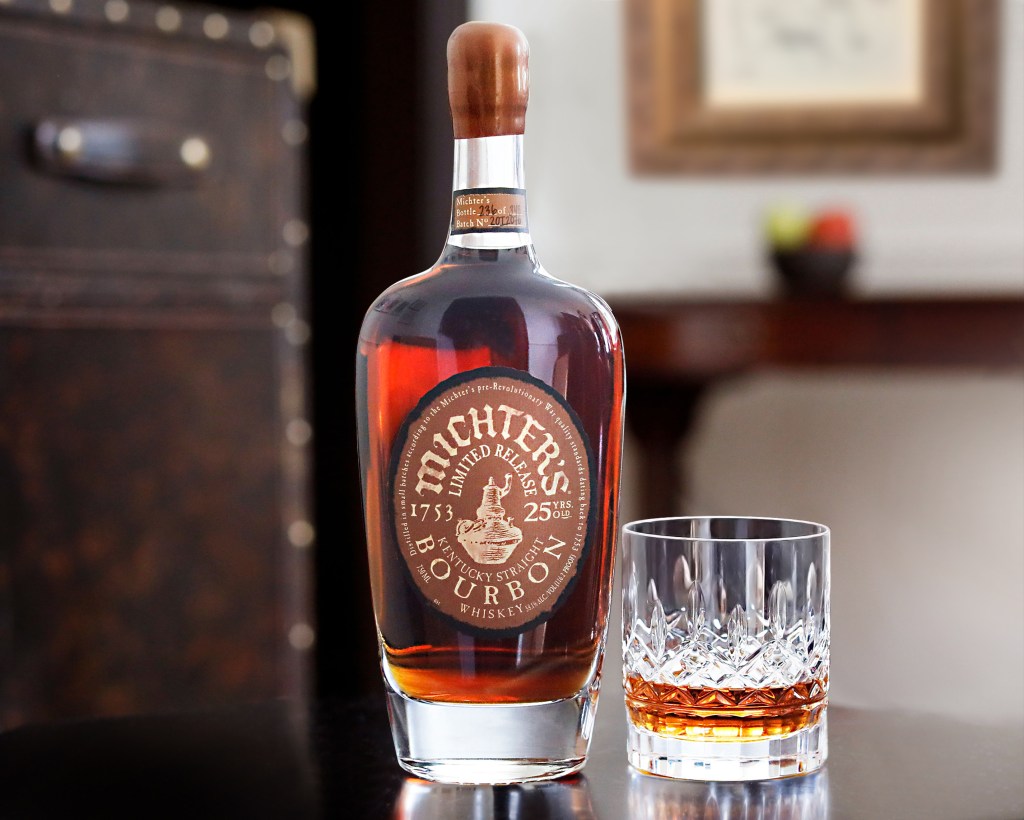 I last mentioned the independently-owned Michter’s in July noting the release of their 10 year old Bourbon and rye. Now, after a three-year wait and just in time to solve Christmas gifting problems for whiskey-loving friends, they’ve gone one better.

But, with their stunning 25 year old Bourbon limited to fewer than 350 bottles, the problem may simply be finding one. Company President Joseph J Magliocco shrewdly laid aside stocks of older Bourbon from a variety of storied distilleries many years ago when this most American of spirits languished unloved on the global whisky scene. However, his quality standards were stringent and that, combined with aging in Kentucky’s demanding climate making evaporation losses from the barrel are unavoidably high, means that even Michter’s have to limit supplies.

Meanwhile, thanks in many ways to his foresight and commercial courage, appreciation of these whiskies has changed dramatically.  Extra-aged Bourbon is today keenly sought after, commanding premium pricing and fierce competition on secondary market auction sites.  This release will be no exception. Today, all Michter’s whiskies are on allocation to the retail market so should one appear on a shelf near you the only thing to do is buy it immediately.

Like the younger siblings, this exceptional 25 year old is whiskey that some will collect but truly should be enjoyed – this year more than any other. The official tasting notes suggest that it has a “beautifully complex character while not being overly oaked”. The skill of Master Distiller Dan McKee is to judge exactly the moment when the whiskey is at its peak and ready to be bottled.

With a strength of 58.1 per cent abv I’d suggest that he’s picked exactly the right time. Any longer and the wood can take over but this whiskey’s grandeur and teasing intrigue on the palate could not have been rushed. It’s forceful to be sure, but the judicious addition of a little still water (no ice, please) reveals rich layers of dried fruits (prunes to the fore but flame raisins insinuated themselves into the mix); roasted cashews; spiced vanilla custard and suggestions of a fine dark chocolate fruit and nut bar. This is one to sip and savour on dark winter nights while contemplating the better times we all hope will come in 2021.

Most bottles will be in the USA. Track one down if you can (watch this space, for starters); pay what you have to – it’s around $2,000 in the US – and open it with good friends in a very special ‘bubble’.