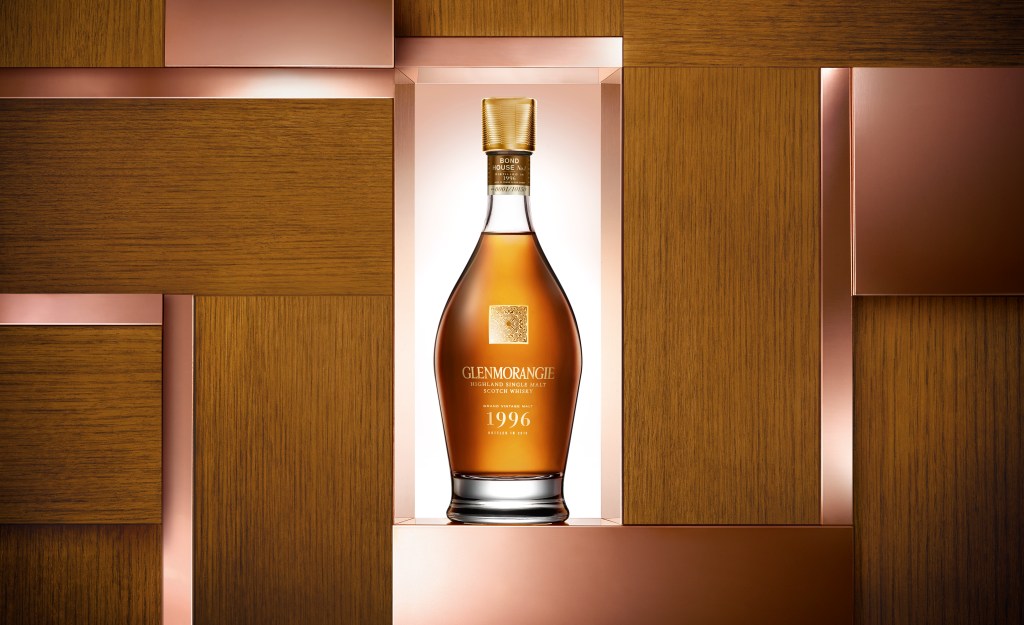 I’ve been drinking two old Glenmorangies recently. The first was an example of the original 10 Years Old style. It wasn’t quite clear how old this actually was, but it came in the original tall round bottle with its rather drab label with the distillery roundel. This was changed to the current presentation in 2007 but this particular bottle pre-dated that by a few years, so the whisky was probably distilled in the early 1990s.

So what I had was probably a twenty-something year old bottle of ten year old whisky – the whisky that made Glenmorangie famous, long pre-dating the distillery’s dedication to luxury brand marketing. By comparison to many of the drams we enjoy today, it was light and delicate. But in a good way: this delicacy was a Glenmorangie trademark and the subtle, teasing taste endeared itself to drinkers who preferred the rapier to the broadsword of a sherry cask aged malt. Back then, all Glenmorangie was aged in casks formerly used for the maturation of good Bourbon – it was something of an article of faith for the distillers.

My second glass also contained a whisky distilled in the 1990s, but can be dated with precision. This is the Glenmorangie Grand Vintage 1996, just released and available shortly in good whisky specialists. It’s the oldest release from the distillery’s early experiments with bespoke American white oak casks from trees grown in the Ozark Mountains, individually chosen, air dried, coopered and then seasoned with Bourbon before being shipped to Scotland and filled with Glenmorangie some 23 years ago.

So, in a way, it’s a clear link to my first dram and could be considered the ultimate Glenmorangie. According to Dr Bill Lumsden, Glenmorangie’s Director of Whisky Creation, “Glenmorangie Grand Vintage Malt 1996 wonderfully demonstrates how we can bring our most extraordinary dreams to life. The oldest whisky we have ever aged in our bespoke casks, its fresh, floral aromas and luxuriously creamy tastes are gloriously enhanced by age.”

Honestly, I was expecting to be disappointed. I love the taste of old Glenmorangie bottlings and was expecting that this new release would be guilty of gilding the lily. Far from it: the signature delicacy and floral notes sing through, but with greater depth and richness. If my first dram held the purity of a well-balanced choir of treble choristers, the 1996 Grand Vintage offers a rich operatic baritone. Think Aled Jones maturing to Dietrich Fischer-Dieskau in his prime.

While a diligent search on whisky auction sites will be rewarded with a bottle of the original 10 Years Old for less than £100, the Grand Vintage 1996 comes with the recommend price of £635: not an exceptional price in today’s market. So, though I surprise myself, I’m forced to conclude that enthusiasts for classic Glenmorangie need to try this latest release and let this fine whisky sing its magnificent song. 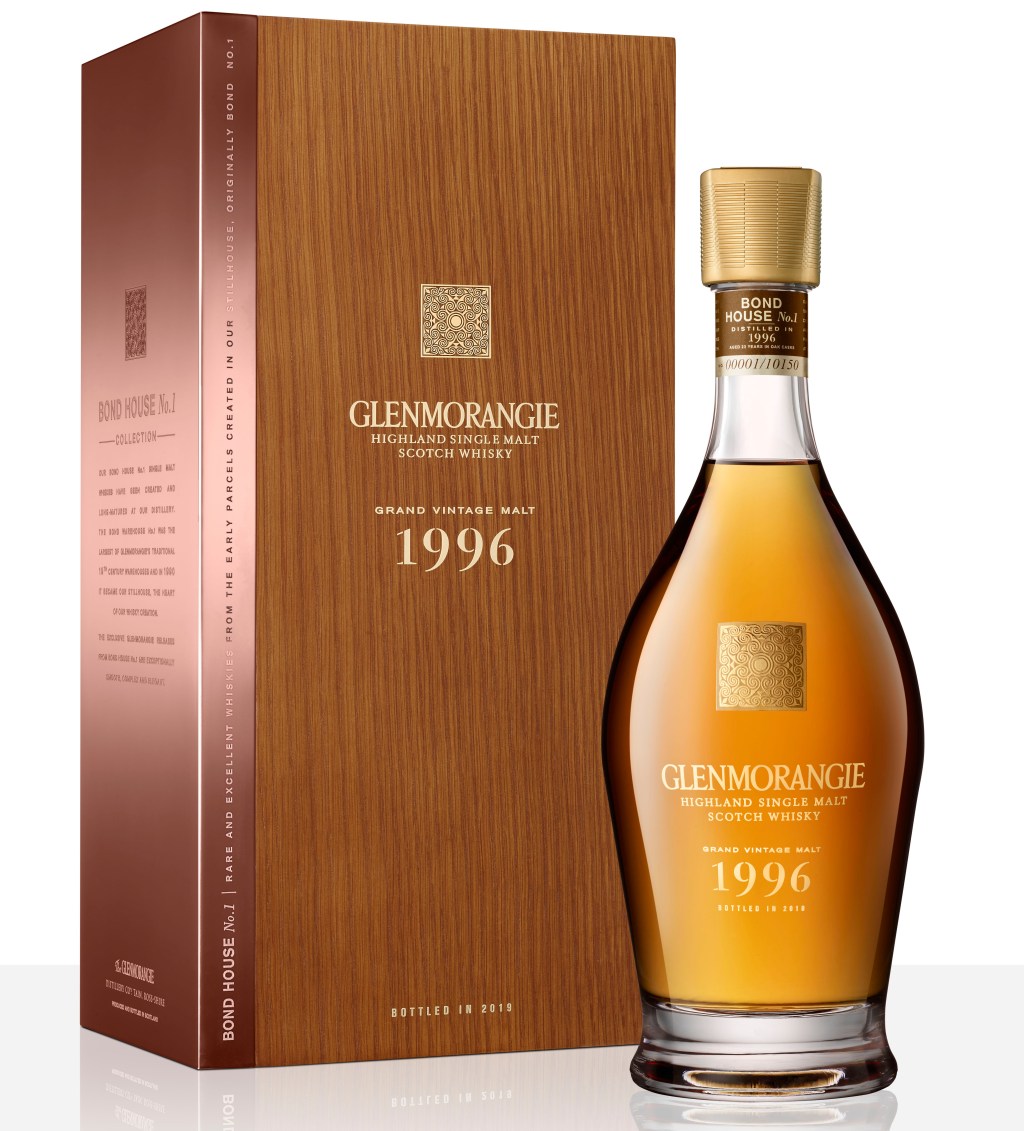