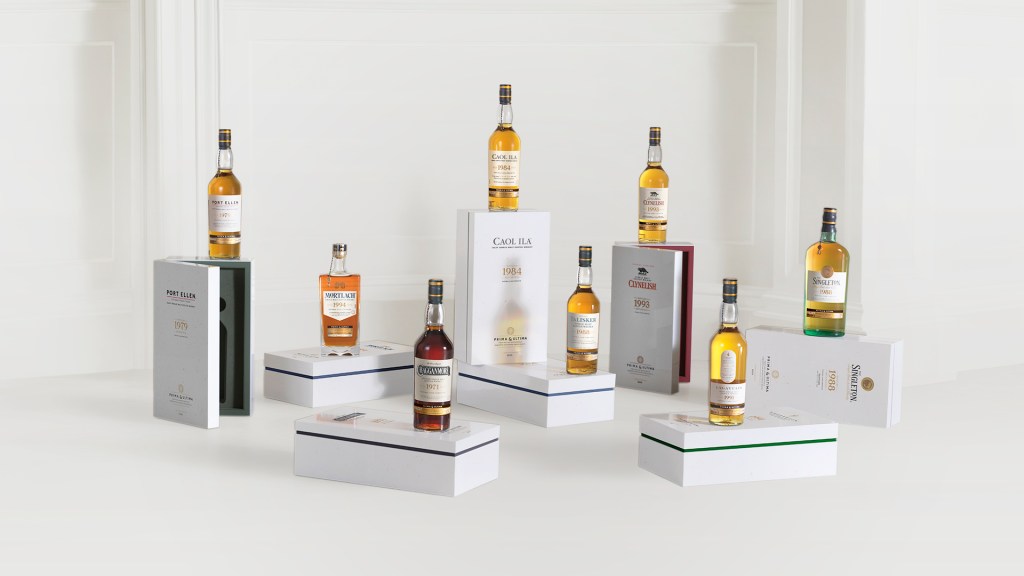 To mangle a very old joke, I have good news and bad news for whisky enthusiasts. The good news is very good: some of the best-loved Scotch single malts have released part of their oldest and rarest stocks – and they’re available now. We’ll get to the bad news soon enough.

First up, Glenfarclas. This independently-owned Speyside distillery is renowned for its single-minded adherence to sherry cask maturation in their traditional dunnage warehouses, all of which are at the distillery under the watchful eye of the family proprietors. Generally speaking, their single malt is notable for simple packaging and great value.

However, with their Pagoda Series releases they’ve taken a leaf from the luxury marketing book to dress up the final 180 bottles and 63 1.5 litre magnums of their 63 year old single malt. Having tasted this stock some years ago I can confirm that the whisky is simply outstanding. The packaging – clearly designed to appeal to the increasingly important Chinese buyer – may split opinion and the prices (read on) may raise eyebrows. But it’s the last chance to try some of the finest and rarest whiskies on the planet, so buy now or regret it forever; it may help to know that the ‘63’ embellishing the front of the bottle is made up of 36 genuine sapphires.

If the Islay style is more to your taste, then the 1,380 bottles of Port Ellen 40 Year Old 9 Rogue Casks from the distillery’s Untold Stories collection will appeal. The story goes that in 1979, a small parcel of stock was identified as holding unusual flavour characteristics that stood out from the typical Port Ellen distillery character. Unsuitable for the needs of the blenders at the time, the casks were marked and set aside for further maturation and blending in the future.

Forty years on, today’s master blender Dr Craig Wilson carefully selected nine special casks from the original stock: each was identifiably Port Ellen but with its own defining character. He skilfully blended them together: four American oak hogsheads and five European oak butts, to create a Port Ellen unlike anything seen from the distillery before. Bottled at a robust cask strength of 50.9 per cent abv, the medium peated style holds a lighter character, with unusual tropical fruit flavour notes and a hint of aromatic spice and cinnamon. 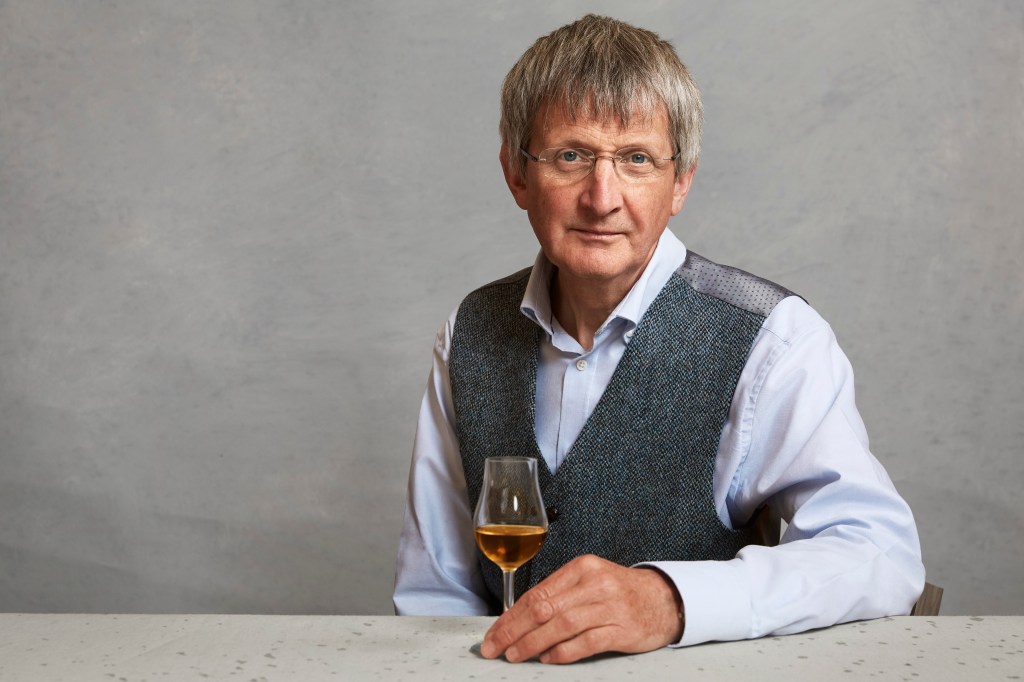 This exceptional and unrepeatable collection has been assembled by Dr Jim Beveridge OBE (pictured above), one of the world’s most respected whisky makers. Though probably better known in his role as the Johnnie Walker Master Blender, Beveridge begins his work with the selection of casks of single malt. Here he’s drawn on some forty years industry experience, describing this first collection thus: “Each of the eight whiskies I’ve selected for Prima & Ultima tell a tale of heritage and craftsmanship, and I’ve chosen them from distillers of great personal importance to me.”

More than that, whisky enthusiasts will immediately recognise the presence in the collection of iconic whiskies at a great age, most notably the Port Ellen and Cragganmore bottlings. Each represents a particularly important moment in the history and development of the chosen distilleries and Prima & Ultima is accompanied by a lavishly produced book detailing these stories. This may, in fact, be the sole weak point in the entire project as the designers have over-elaborated its production, employing every print technique imaginable for the book – the result rather confuses the message and distracts from the elemental purity of the whiskies. It’s a small quibble, though, in an otherwise compelling presentation that marks a new level of understanding and appreciation of great whiskies. 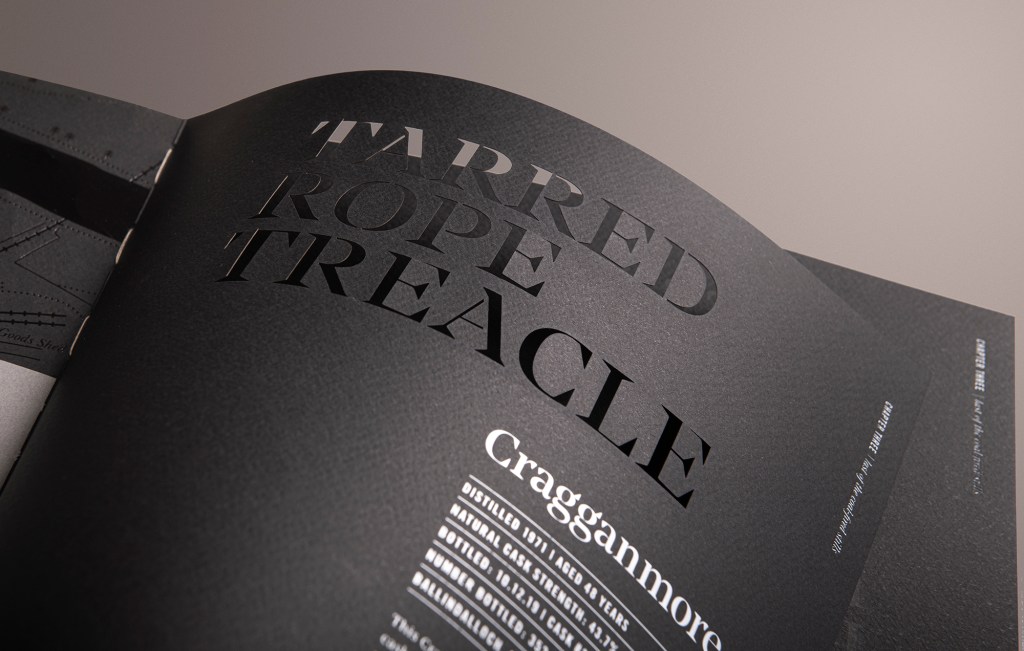 So what about the bad news? Well, stocks of such whiskies have been depleted over the years, yet today there is growing international interest and demand for them. Whisky has become fashionable both for informed enjoyment and pure investment and as a result a bottle of the Glenfarclas Pagoda Series will set you back £23,783 (magnums are a cool £50,964), while the Port Ellen Rogue Casks 40 Years Old has a UK recommended price of £6,500.

But let’s end on a positive note. The Prima & Ultima Collection carries a £20,000 price tag – that’s an average of £2,500 per bottle for unrepeatable drams, including a Port Ellen 40yo which could be argued to command £6,500 itself. Want one?  You can register interest at www.exceptionalwhisky.com and hope your name goes forward. Global registration will open on Wednesday 22nd July 2020 – high demand may be anticipated so move fast!