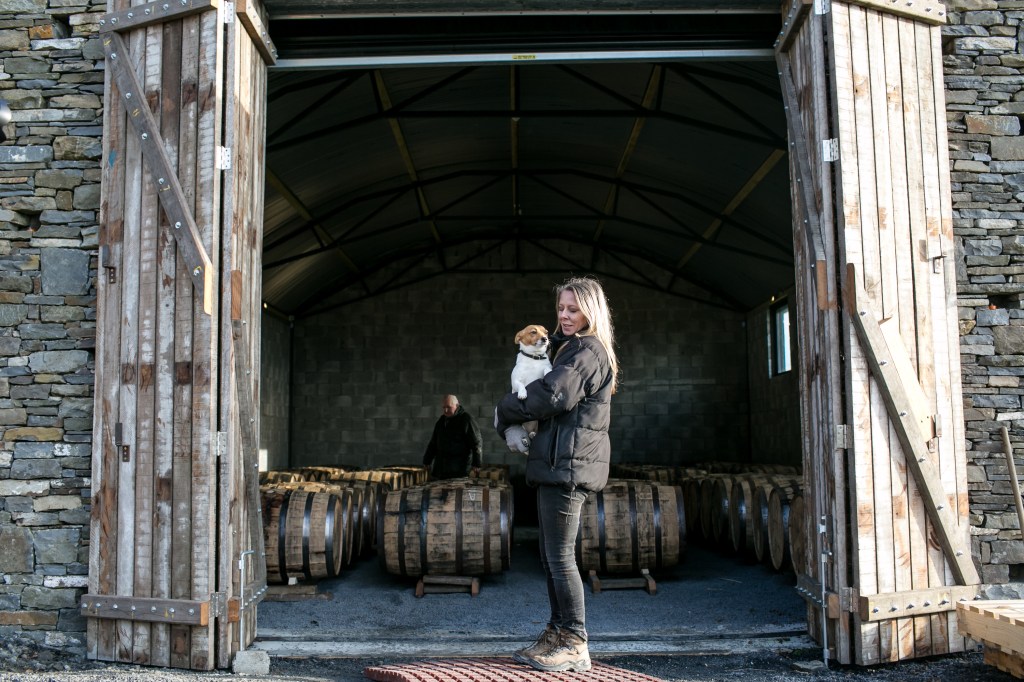 McGuane worked in places such as London, Paris, New York and Singapore for major players such as Veuve Cliquot, Diageo and Stolichnaya before returning home to the family farm in remote County Clare, in the west of Ireland, originally to set up a distillery but eventually electing to revive a craft – whiskey bonding – that hasn’t been practiced in Ireland for half a century Hers is a story of how passion, integrity and adherence to time-honoured principles are a powerful triumvirate when it comes to authentic luxury… 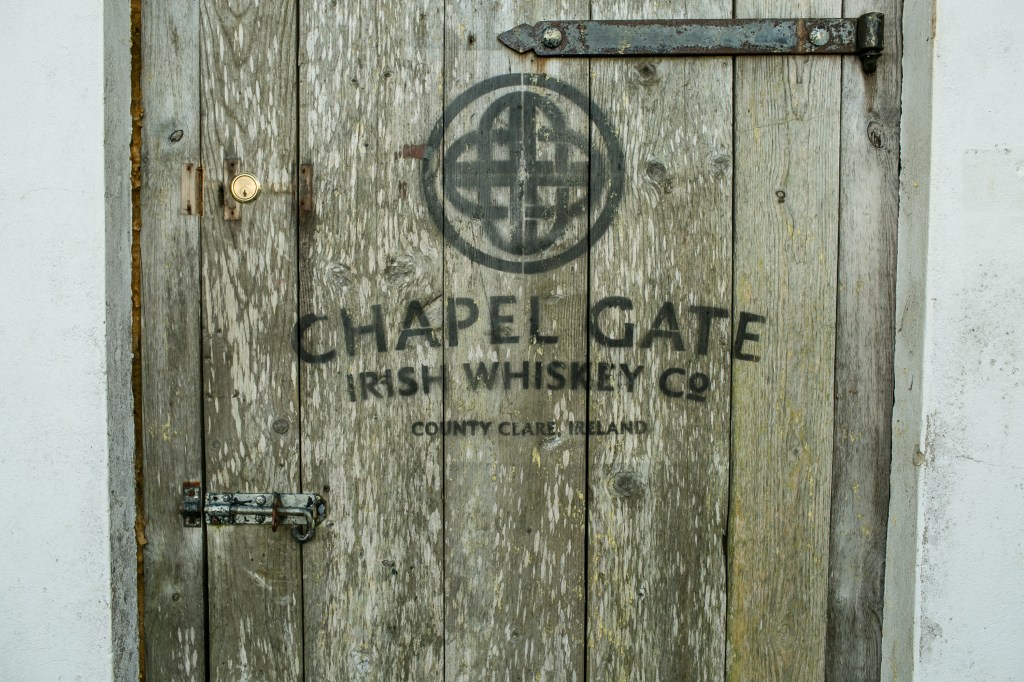 How do the Agricultural experiences of your formative years imprint upon how you run Chapel Gate now?I grew up on the farm where we mature and blend our whiskey – it’s been in my family for as long as anyone can remember. I have an inherent respect and love for the land built in to my DNA. Everything we do is as low impact as possible to our surroundings. The facility we built for maturing and now blending whiskey is in a traditional barrel roof agricultural style – it’s clad in local stone and the doors are made from salvaged wood from a local sports field. Our whiskey is stored in very natural conditions – the rackhouse has an earthen floor, for example. I want the maturing spirits to be influenced as much as possible by the environment and our coastal weather. Whiskey, after all, is fundamentally an agricultural product – when it emerges from its maturation process it’s essentially a living liquid and a product of nature. We will never add artificial colouring to our whiskies as I want the finished product to retain that naturalness. 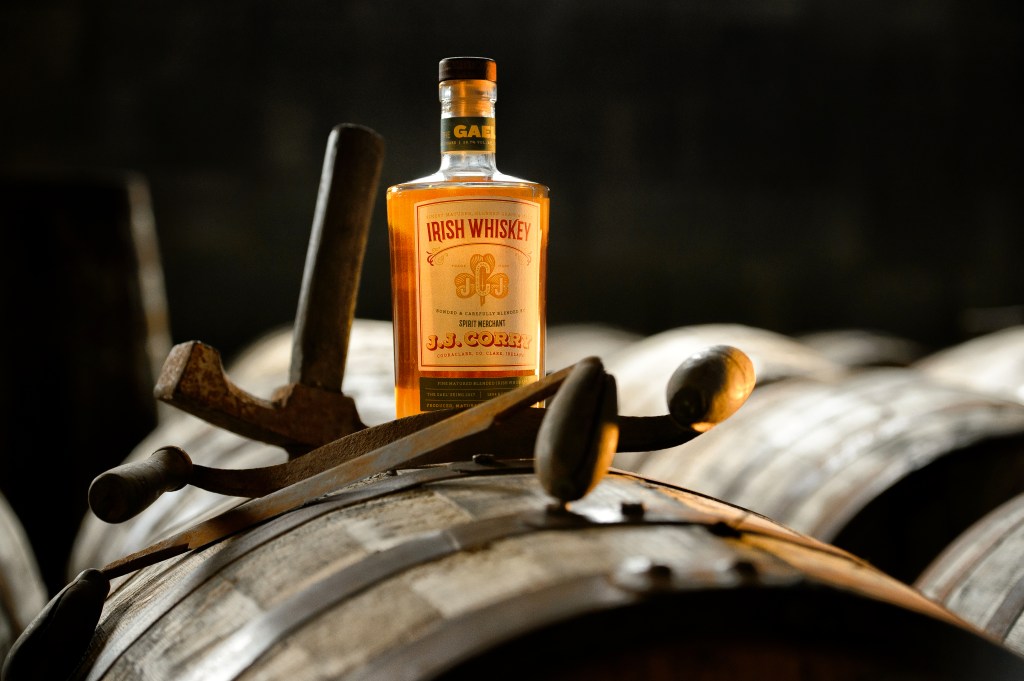 How is the global spiritsscene changing?
The world as a whole is drinking less and this has meant a change in consumption habits. People seek out better drinking experiences and substance over style. Flashy vodka is in decline and brown spirits like whiskey which are full of flavour and personality are on the up. Luxury spirit drinkers seek out authentic stories and want to know about the people behind the brands. Most importantly, they expect transparency when it comes to whiskey in particular. Traceability of a luxury spirit all the way back to its agricultural source is becoming more and more important. Where did the raw materials come from? Are they organic? What’s the water source? Who are the people behind this brand?

How would you explain the art of whiskey bonding to a layman?  Whiskey bonding is the practice of sourcing new-make whiskey spirit straight off the still, matching the flavour profile to a wooden cask that will imbue it with flavours during the maturation process, then maturing that in naturally controlled conditions until such a time as the whiskey is ready to be blended or bottled. A core part of the artistry is in the blend – whiskey evolves significantly in a cask over time and each cask develops subtly or vastly different flavours depending on where it’s stored and what it’s made of. Each cask is tasted and classified into a flavour profile component.

What motivated you to resuscitate it?
Love, family and history. I was working for a multinational corporation in Singapore and living apart from my husband who was 6500 miles away for two years with no end in sight. Something had to give, so I quit my job and moved back to Europe. At the same time my father was getting older and I wanted to secure the future of our family farm. When I discovered the untold story of whiskey bonding I knew I had to bring it back. The Irish whiskey industry collapsed in the early 20thcentury and for a long time only one or two companies controlled the production and indeed the historic narrative. I discovered bonding though extensive research into parliamentary archives and by seeking out local oral history. I felt like it was a lost jewel in Irish whiskey’s heritage, and in the history of rural Ireland, that deserved to come back. 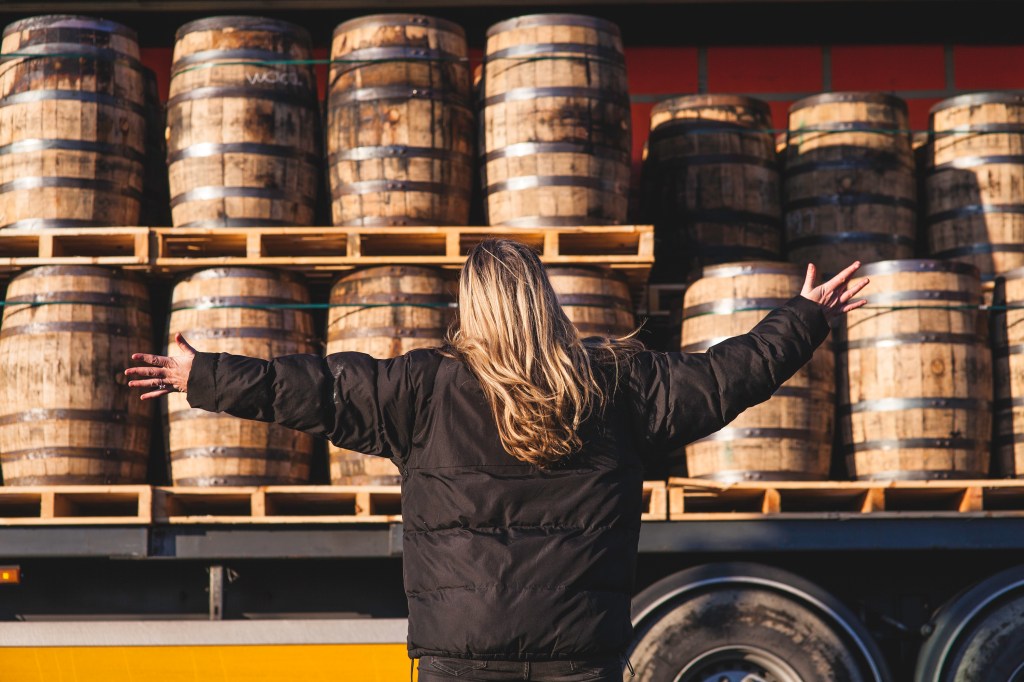 You now look for Casks in places like Sweden and Japan – what’s the benefit of this?
As we don’t distil we have to be innovative in maturation, as that’s where much of the whiskey magic happens. By experimenting with cask styles and fills we can create unique flavours during the maturation process. There are multiple species of oak. Traditionally Irish whiskey is matured in American oak casks, which is known as Quercus Alba, usually sourced from the Appalachian forest where there are extreme Summer and Winter temperatures. Its grain is very tight and non-porous, so it doesn’t give up its wood sugars easily. This allows for a more subtle inference of flavour during maturation. Swedish oak is a different breed entirely, as is Japanese.

How does a business being all women affect the general dynamic?
More women than ever are discovering whiskey and as an all-female company we are well positioned to relate to those consumers. For a long time whiskey was restrictive in the way that it has been spoken about and consumed. Women coming into whiskey are looking at it with fresh eyes.  There are all female whiskey clubs popping up all over the world and they provide an environment where we can talk about and enjoy whiskey amongst ourselves with perhaps a different approach than older male drinkers. I’ve found that men focus on the technicalities of whiskey production and women, whilst also wanting to know all the technicalities, are keen to discuss flavours and sensations.

What do savvy people look for in an Irish whiskey, as oppose to a Scotch whisky?
Transparency is the first thing people should look for in Irish whiskey, followed very closely by provenance and innovation. Irish whiskey has the distinct advantage over Scotch of being re-born – there are exciting new independent producers opening all over the country. Seek out those producers who are open and honest about where they source or how they make their whiskey. Older Irish whiskey is hyper-rare. For true connoisseurs now is the time to seek out very mature Irish whiskey. There is not much of it around and its only getting scarcer. We have a special release coming out in that vein soon – a 27 year old release called JJ Corry The Chosen,a collaborationwith J Hill Standards crystal makers and John Galvin cabinet maker.

What other plans do you have for Chapel Gate?
We are building a first-of-its-kind bonder’s blending room on site that will allow us to precision blend whiskies for VIP customers. Blending whiskey is not unlike creating perfume – each individual flavour component has a nuanced effect on the outcome. If I’m custom blending, let’s say, 50 bottles for a luxury hotel or a private client in Singapore or New York, I’ll be partially decanting casks and creating one-of-a-kind bottlings.  This will also allow us to offer a very exclusive bespoke blending service. This is exactly what Whiskey Bonders used to do for their valued customers in the 1800s, and we’re bringing that into the 21stcentury.