There is no more potent symbol of King’s Cross’s transformation from seedy, dilapidated danger-zone to hyper-trendy hotspot than Spiritland: a wonderfully congenial and quirky bar that doubles as a recording studio and, record shop, radio station and seminar venue (Beach Boys musicians Mike Love and Bruce Johnston fielded a mostly misty-eyed audience’s questions there).

It also has a fabulous little triangular headphone emporium, wedged into the thoroughfare that links Regent Street to Savile Row, that is to music aficionados (and Japanese whisky buffs) what nearby Davidoffs is to serious cigar connoisseurs. Now, Spiritland is set to open a new venue in Royal Festival Hall, bringing regular late-night bouts of music culture to Europe’s largest centre for the arts, the Southbank Centre. “What we’ve done in King’s Cross and Mayfair to date has been the start of our Spiritland journey – a fusion of music, culture, food, drink and design,” explains Paul Noble, Artistic Director and Co-founder of Spiritland. “Our bar and café in King’s Cross has been a fantastic place for us to start out from, but we’ve only got capacity for 70 people in there and our aim was always to expand on that. What we’re opening in Royal Festival Hall has a similar mix of elements, but on a much grander scale in the heart of London’s cultural centre.”

Spiritland Royal Festival Hall will be open from breakfast, and serving food throughout the day, but the evenings, according to Noble, will be when the venue really comes to life. “In our minds, it’s the perfect space for late night lounging, eating, drinking, listening to music and socialising,” he says. “Where do you go after your play, concert, film on the Southbank? There’s currently nowhere like it with all of those elements, open to the public until 2am. It’s a late night hangout for lovers of music, food and drink.

“We’re hoping that this new venue will be somewhere totally unique and distinctive for exactly that. Whether you’re looking to show off on a date or hire the entirety of the space for an event, we’ve designed the 180-cover restaurant and bar to be the ultimate place to celebrate, enjoy inventive food and drink and soak up the music in a world-class space with an off-the-charts sound system to match.” 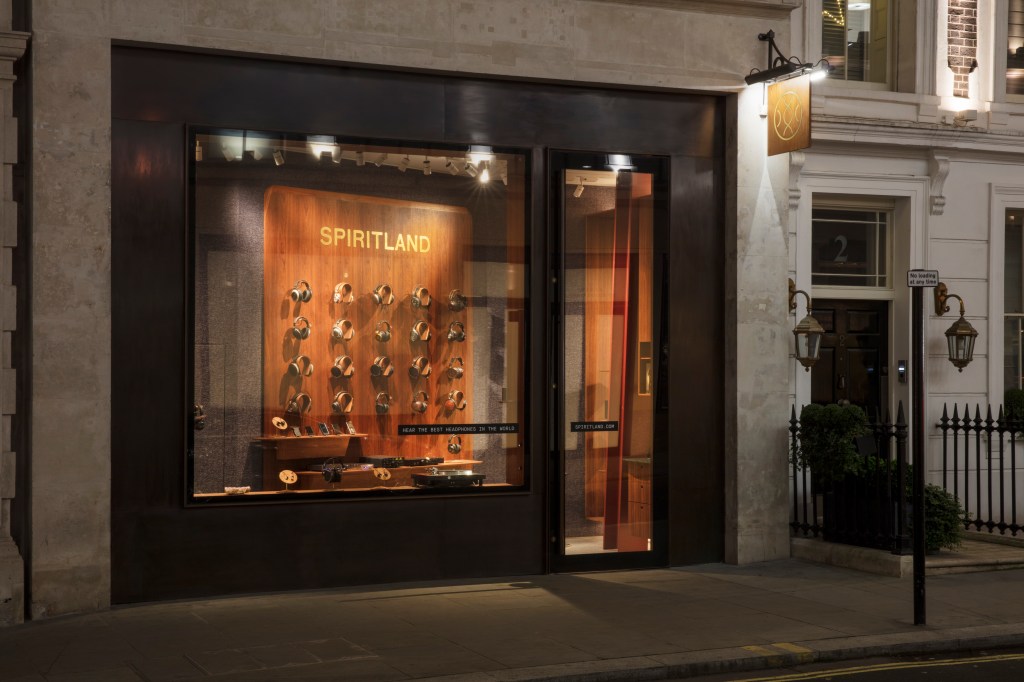