By Richard Carleton Hacker on December 11, 2019 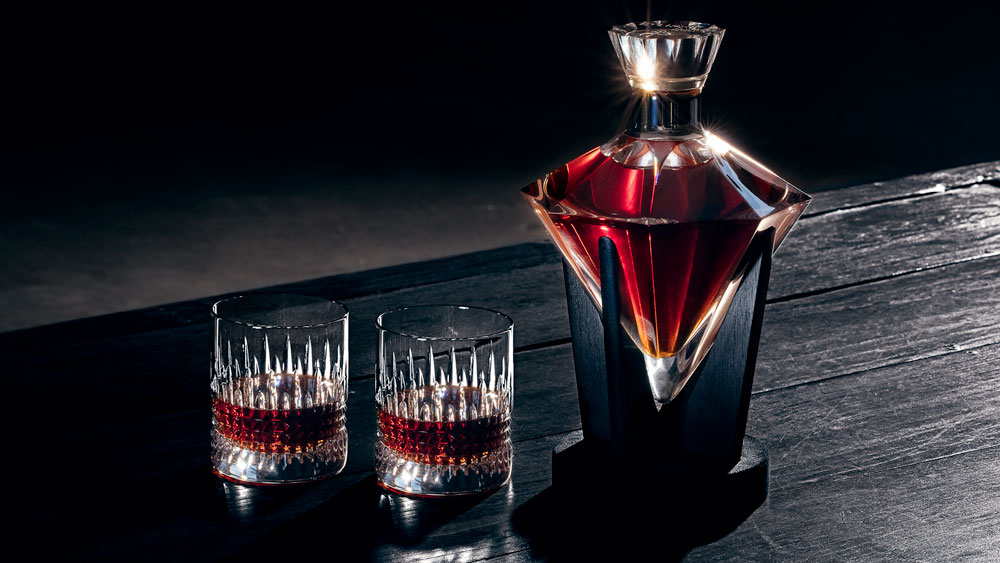 You only celebrate a 50th birthday once in your life, and Jay-Z is marking his in bold style. The entrepreneur and grammy-winning rapper received a special edition of super-premium D’ussé Cognac, a brand he jointly owns with Bacardi, the largest privately-owned spirits company in the world. Although D’ussé is known for its hearty VSOP and XO Cognac blends, this is the house’s first single-barrel offering.

Appropriately christened the D’ussé 1969 Anniversaire Edition, this 100 percent Grand Champagne Cognac has been aging for decades in the prestigious Château de Cognac cellars in France. The single barrel was discovered by Jay-Z and cellar master Michel Casavecchia and proved to be so spectacular in taste and texture that Casavecchia decided to save it for the big 50th birthday.

Unlike most Cognacs, which are a blend of eaux-de-vie, this one is not only from a single French oak tierçon, but is from a single eau-de-vie. Once it had been discovered, Casavecchia continued to let it mature in the cellars.

“Its aromas have now developed into characteristics unique to this exceptional batch,” says the cellar master. “The colour is bright gold with shiny reflections. The nose brings rich aromas of fresh walnut, hazelnut and candied apple. Upon first sip, it reveals a distinct potency with powerful, woody notes and a long stewed fruit finish, with a touch of leather and cigar box.”

Because of evaporation during such an extended period of time, there was only enough of the liquid remaining to fill an estimated 150 to 200 diamond-shaped crystal decanters, each resting on a custom display pedestal. Jay-Z  individually numbered the first 50 decanters, which he will present to his family, as well as close friends and associates. Priced at £3,800 each, the rest will be made available globally in select major markets—including Los Angeles, New York, London and Paris—throughout the 2019-2020 holiday season.