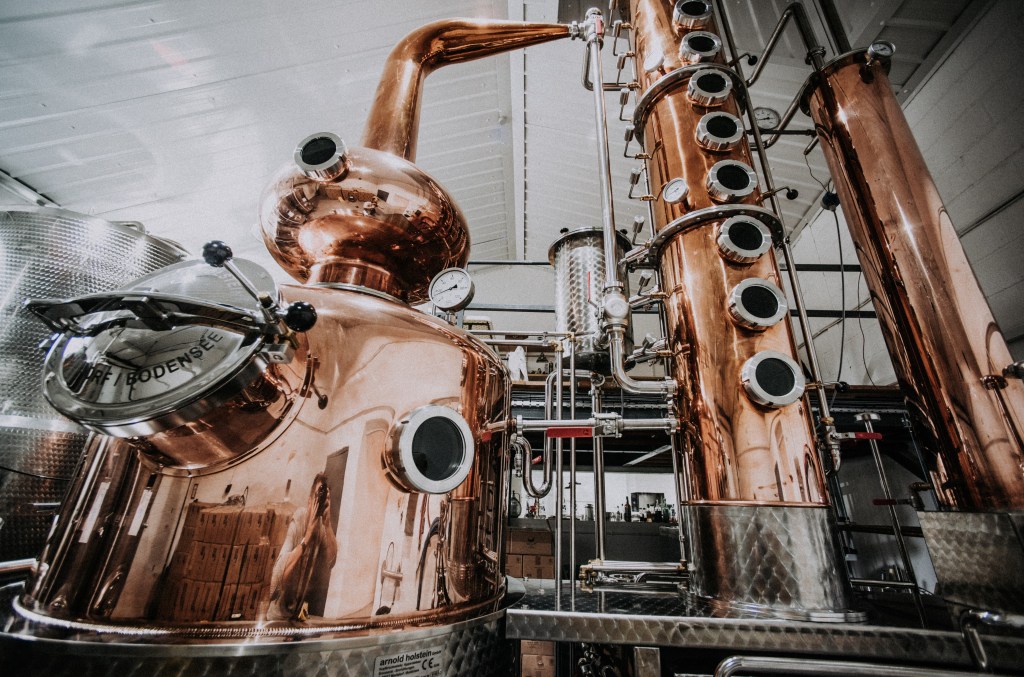 El Rayo Tequila, No. 1 Plata from Mexico
Launched in 2019, El Rayo is at the vanguard of contemporary tequila. Indeed, Peckham-based duo Tom Bishop and Jack Vereker, the brand’s founders, are on a mission to revolutionise the category – championing the tequila and tonic as El Rayo’s signature serve and partnering with tequila legend, Oscar Garcia, on two 100 per cent agave expressions.
“Hand planted, hand bottled and designed in Jalisco, we’re putting the stereotypes and sombreros to bed to show you what modern Mexico is really all about,” they tell Robb Report.

The Plata expression carries vibrant citrus notes and a robust smokiness. It’s a stroll around Mexico City’s Mercado de Coyoacán, Pedro Páramo in Barragán’s house, both the sweetness and char of cooked corn hanging in the air, and a hot Tuesday afternoon in Condesa when the fruit market rolls around – ripe limes basking in the afternoon sun and the faint air of freshly brewed coffee. 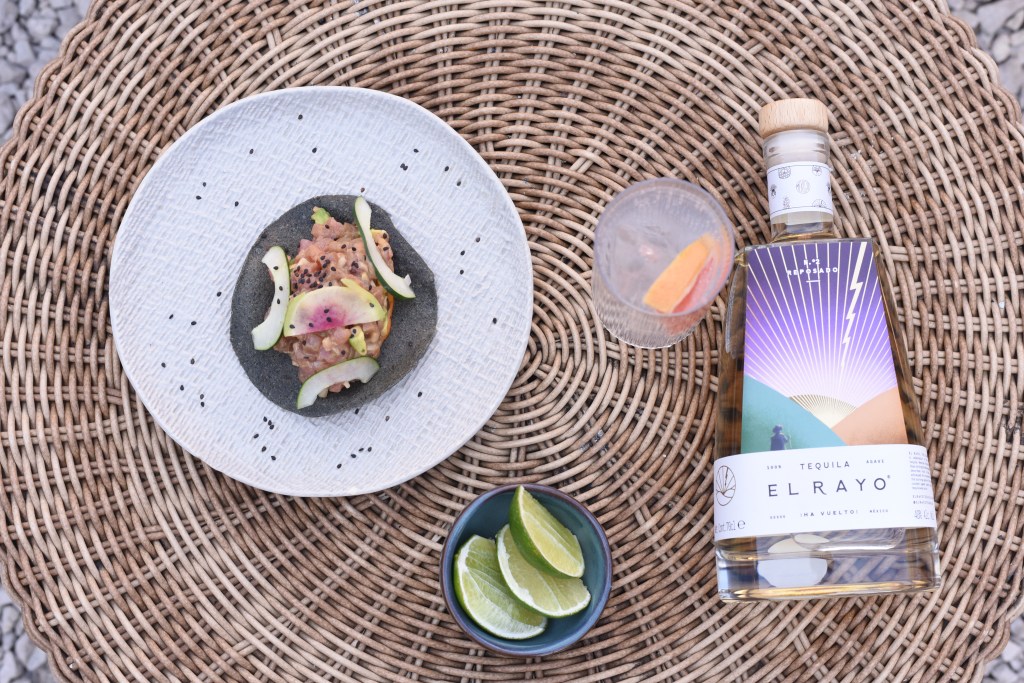 Black Cow Vodka, From The UK
The first vodka of its kind in the world, Black Cow is made entirely from milk  –  or more specifically, the excess whey from the Barber family’s cheese business in rural West Dorset. Terrifically sustainable and pioneering to a tee, it’s such an anomaly – as reflected in the nugget of marketing below – that it took a government body 18 months to decide if a vodka made from milk is, in fact, vodka.”We use the milk from our cows, which are grass grazed on our beautiful rolling fields,” say co-founders Jason Barber and Paul ‘Archie’ Archard, “and it’s distilled in our copper still on the farm (see main pic), so you can’t get more quintessentially English countryside than that.”

Best served neat over ice, Black Cow is both smooth and faintly sweet, mellowing with time – jolts of strawberry and grass. It’s a stomp through vast pastures with wide vistas and lurching hills; the feeling of weekend getaways with endless horizons and no signal. 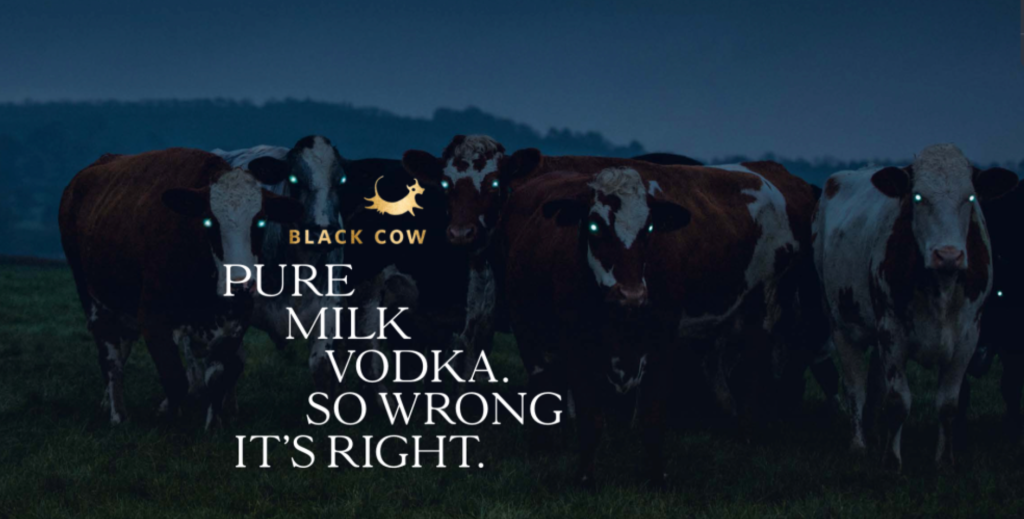 Milk & Honey Levantine Gin, From Israel
Born in the Land of Milk and Honey and produced by the likewise named distillery (in Tel Aviv’s achingly cool south), Levantine Gin is a single malt that captures the dynamic essence of its urban home. Its bountiful botanicals – the likes of lemon peel, chamomile, black pepper and verbena – are sourced in Tel Aviv’s Levinsky Market, one of the city’s most effervescent.

In flavour, then, Levantine Gin is more loaded than most: spicy and aromatic with the lingering of Mediterranean herbs. Mixed with tonic it’s a no-nonsense gin that catapults to the boisterous streets of Jaffa, conjures sundowners on Gordon Beach and paints a picture of lively curbside moments at a hip Florentin bar.

That Milk & Honey was also the first whisky distillery in Israel – opened in 2014 and using hot climate maturation for rapid aging – is a testament to the reformist approach to spirits in the country, now one of the drinks industry’s most disruptive destinations. 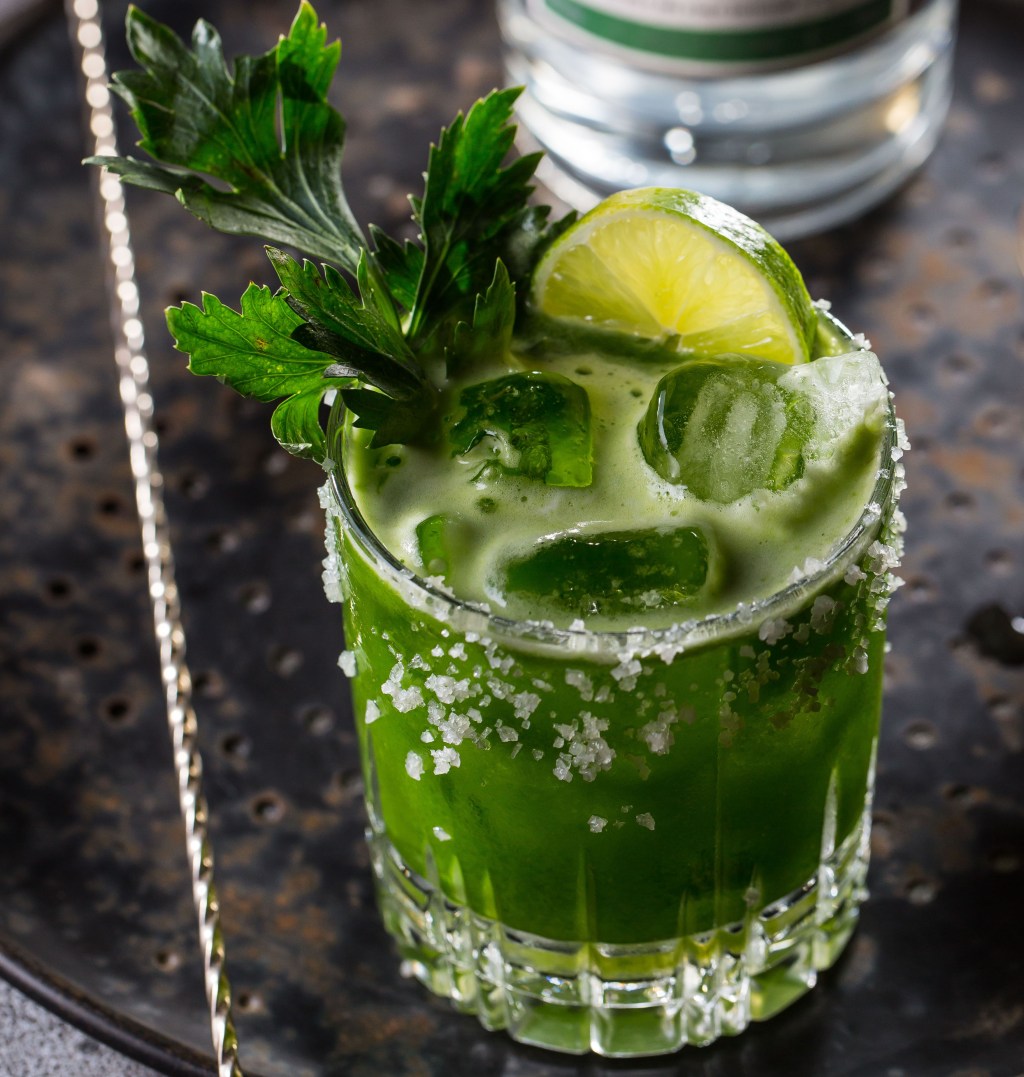 Westward Whiskey, From The USA
“Westward is a whiskey of the elements, born from the culture, climate and abundant resources of the American Northwest,” says its CEO Thomas Mooney. “Our whiskey is made in Oregon, where our hot, dry summers and cool, wet winters are the ideal environment to raise a world class whiskey.

And world class, as America’s highest rated single malt and a double gold winner at the World Spirits Competition in San Fran, it indeed is. It’s some achievement for a label less than a decade old and which is only just gaining traction internationally, arriving in the UK at the end of 2019.

A provenance-driven dram, it’s fermented long and slow – a leader in America’s craft distilling movement. Imagine a trek through the Pacific Northwest, as a herbal nose summons cloud-grazing pines and verdant firs by day: a spicy palate, then the burning embers of a near-dead campfire under a starry sky. 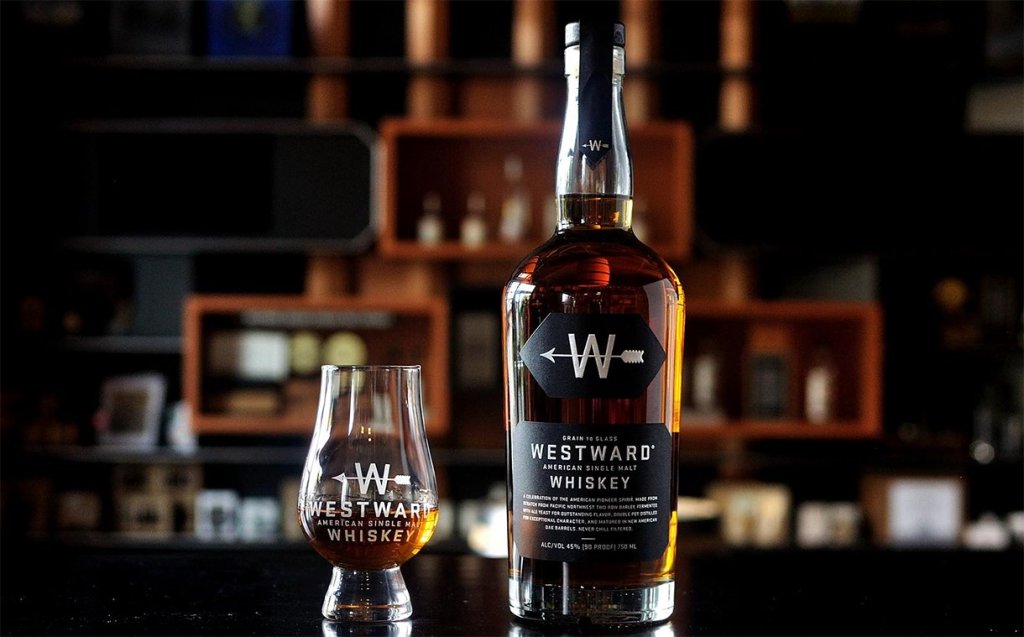 Archie Rose Signature Dry Gin, From Australia
Archie Rose is Australia’s most awarded distillery, a badge of honour it wears with pride. Based in Rosebery, a southern suburb of Sydney, its home is something of an ode to the romance and tradition of spirit making, with custom-built copper pot stills, handsome oak casks, exposed brick walls and an industrial, ambiently-lit bar perfect for whiling away a post-tour afternoon, cocktail in hand.

Before launching the brand in 2015, founder Will Edwards explored the backstreet micro-distilleries of Brooklyn and the inspiration shows. Unlike NYC, of course, Sydney is the urban epitome of big sky country and Archie Rose’s Signature Dry Gin captures some of that openness and grandeur – forward on the palate and vibrant with native Aussie botanicals like blood lime and river mint.

Crisp, balanced and at times reassuringly familiar, serve it in a G&T and escape to a lazy afternoon languishing on a park bench, overlooking the Opera House and the ebbing tides of the harbour. 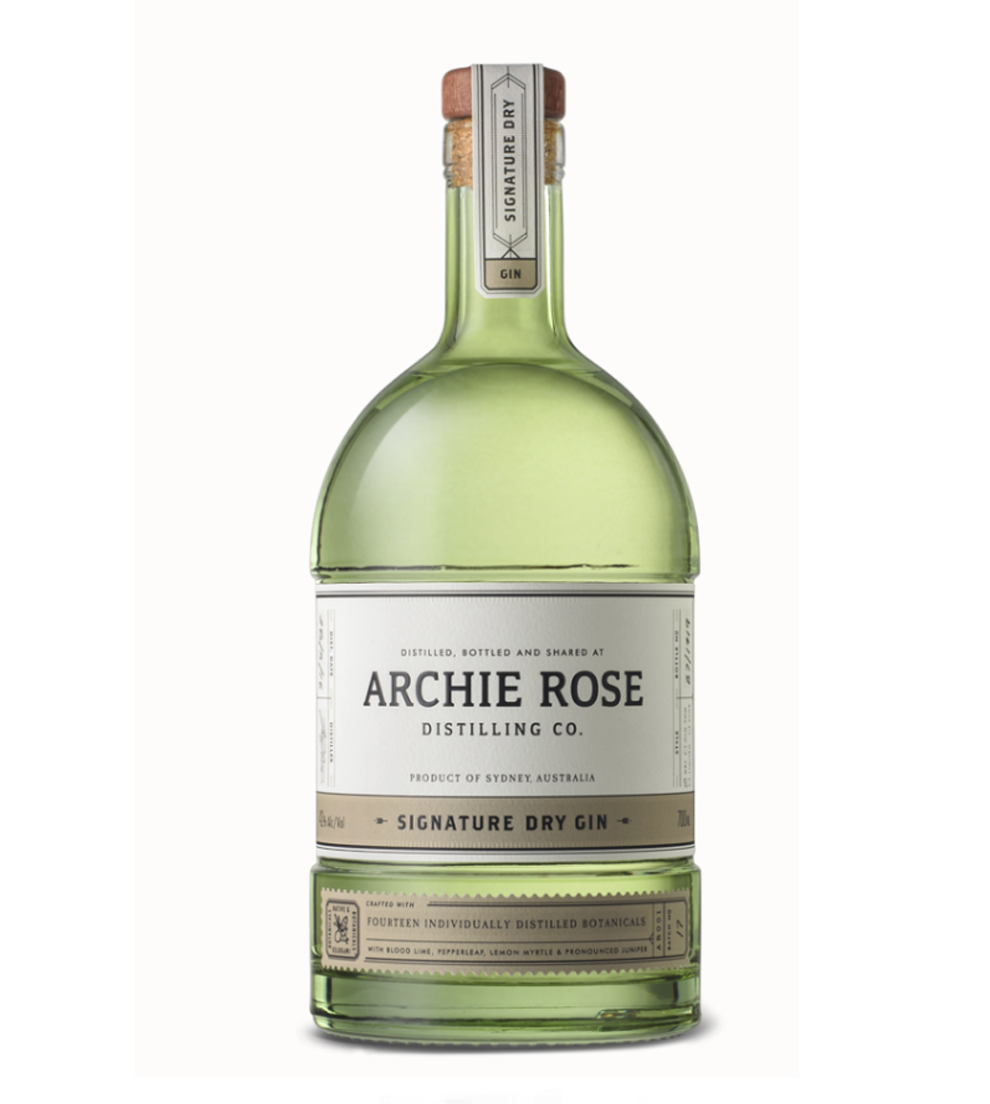 Empirical Spirits’ ‘The Plum, I Suppose’, From Denmark
Copenhagen’s gastronomy scene is the stuff of legend, the likes of René Redzepi and Rasmus Kofoed now being household names thanks to their culinary prowess and knack for invention. But shift from the plate to the glass and the city’s drinks scene is equally revelatory.

Leading the charge is Empirical Spirits, a distillery and ‘flavour company’ led by Lars Williams (who once headed Redzepi’s Nordic Food Lab) and Mark Emil Hermansen. Dedicated to the pursuit of pure, unfettered originality, Williams toys with the likes of chillies, quince and koji to create spirits that excite and confound in equal measure.

The Plum, I Suppose – made from the dried inner plum kernel – is the closest you’re likely to get to an alcoholic Bakewell Tart, sweet with marzipan and undoubtedly best served neat to evoke the wonder of a long weekend in the visionary Danish capital. “The connection to Copenhagen is an ideological one,” Williams says, “a mentality from the culinary world that has established a tight community of creative people, who are constantly pushing each other towards the idea that anything is possible.” 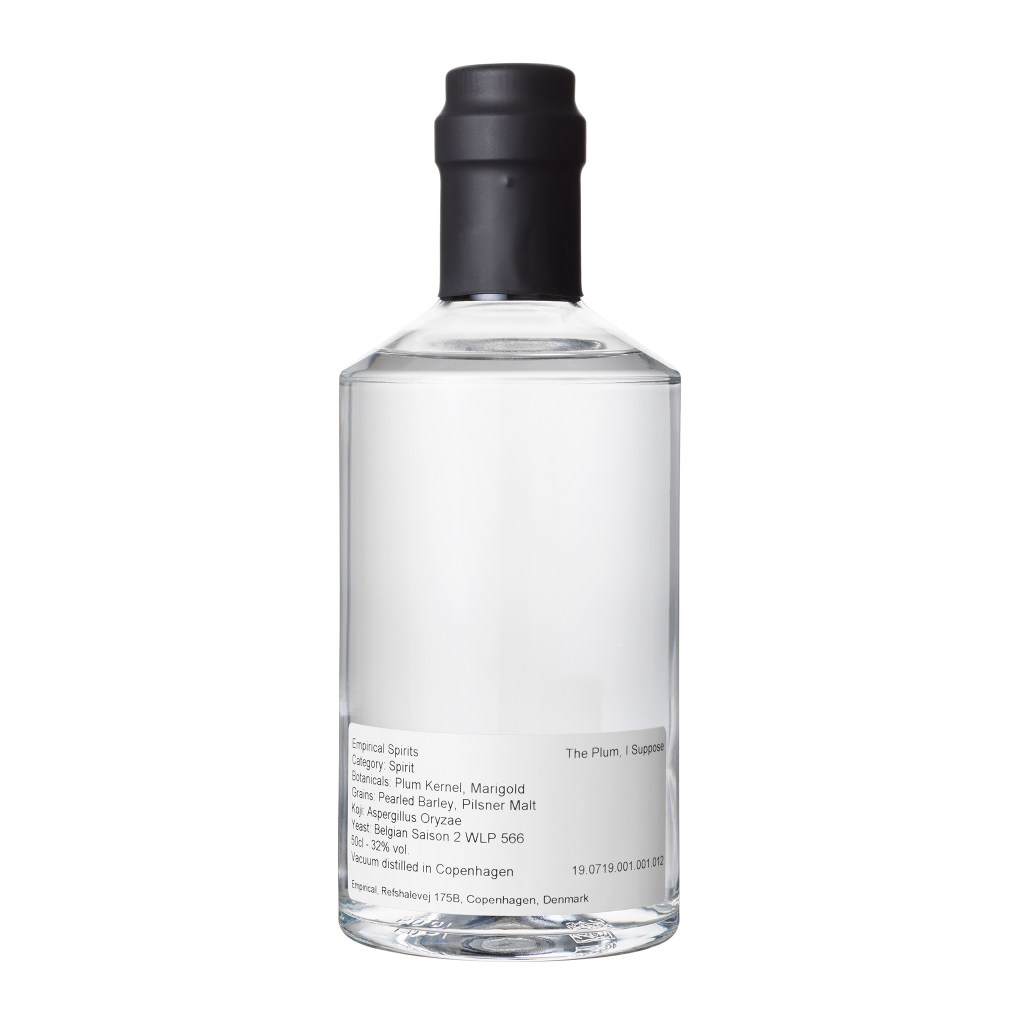 Nikka Yoichi Single Malt, From Japan
It was in 1934 that Nikka founder and ‘Father Of Japanese Whisky’, Masataka Taketsuru, chose Yoichi for his first distillery. Nestling on Japan’s northern island of Hokkaido, the town’s surrounding geography is similar to that of Scotland, where Taketsuru became the first person from Japan to learn the art of whisky making.

To this day, the Yoichi Single Malt is a characterful reflection of its coastal birthplace, carrying the imbiber to a land of rugged shorelines and rocky peaks. “The whiskies produced at Yoichi bring unique regional characteristics not often found in Japanese varieties,” says Liam Hiller of Dekanta, the online store specialising in Japanese whisky. “Gentle Sea salt, rich citrus fruits, a good whack of peat smoke and soft herbal, grassy notes are the stars of the show, bringing the very essence of the wet, often blustery island of Hokkaido to your glass.” 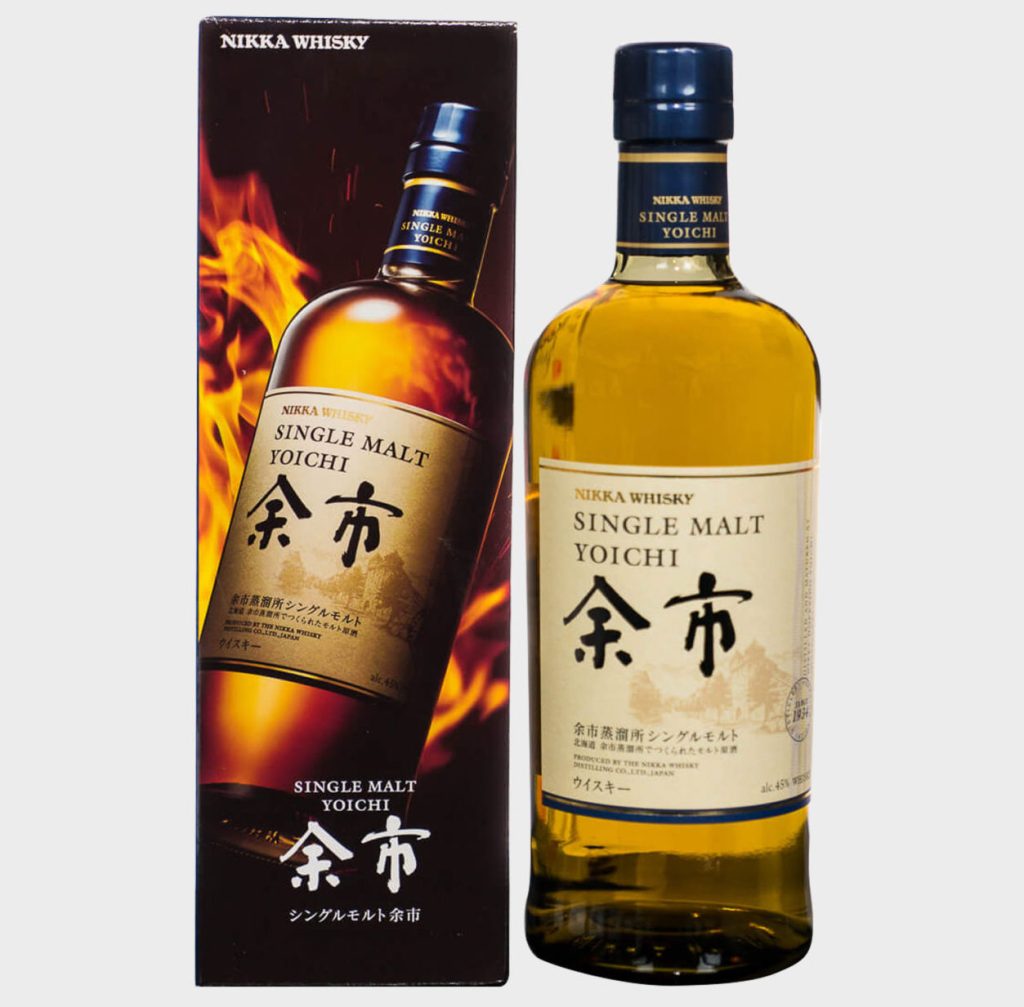 VITA Vodka, From Spain
Specifically designed to be mixed with water, VITA is as painless to prepare as it to quaff. It’s the first vodka of its kind and, while the idea of topping up your measure with a glug of H2o might seem sacrilegious, the result is a sprightly, citrus-laden sip that awakens memories of unending Mediterranean summers.

The idea was born on the waters off Caló Des Mort, on Spain’s Formentera, in the Balearics. And while VITA is crafted in a family-owned Barcelona distillery, it speaks less to cobbled streets and more to remote beaches, sapphire waters and dappled light filtered through wide leaves. Made from premium Italian wheat, low mineralization water and lemon peel from coastal Mediterranean lemons, it’s also triple distilled, with no sugar or artificial flavours. 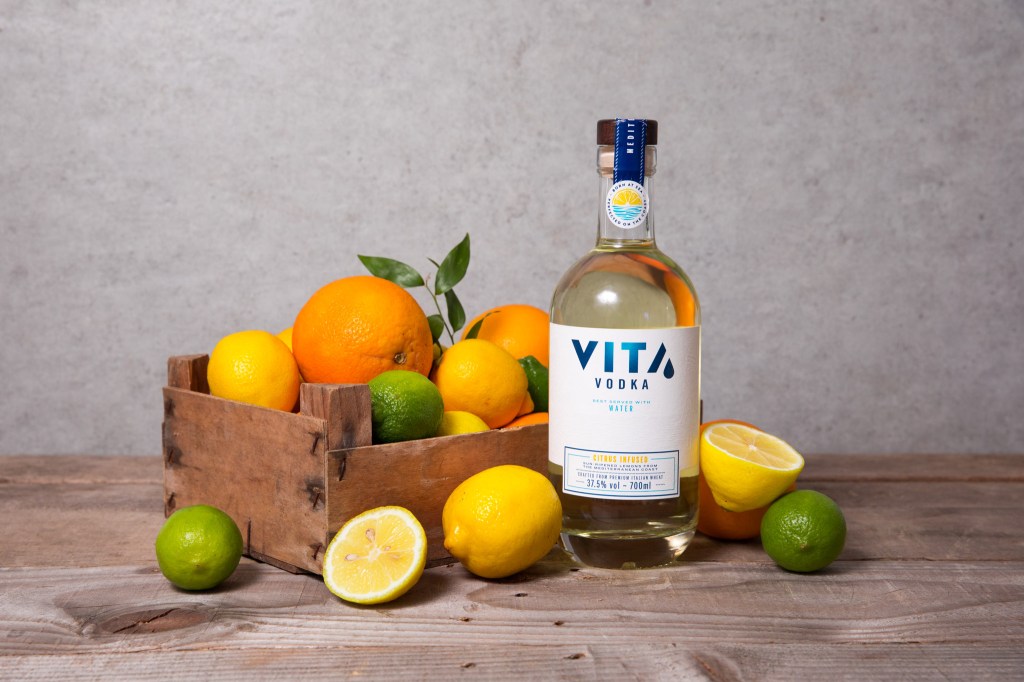 Pienaar & Son Orient Gin, From South Africa
“The sweet vanilla and mandarin orange notes of our Orient Gin complement the fiery cassia, ginger and allspice. They all represent the spice trade that came through Cape Town in the 1500s,” says Andre Pienaar, master distiller and co-founder of Pienaar & Son. “This trade played a massive role in establishing Cape Town as the multicultural melting pot it is today, which I love so much.”

A tale of Cape Town past and present, Orient Gin may pay homage to the formative spice trade in flavour, but its attitude is rooted in today. It is, after all, the product of an urban craft distillery founded just five years ago, with the aim to start traditions not follow them. But while the distillery is set in the shadow of Table Mountain, in the heart of the City Bowl, it is the cacophonously colourful Bo-Kaap neighbourhood that Orient Gin most embodies – a diverse, buoyant community that Pienaar and his family call home.