The jet-lag and the Whisky Show hangover are colliding head on, but Fred Noe is putting on a convivial face. Seated next to him at the Vintry & Mercer Hotel is Shinji Fukuyo, Suntory’s fifth Chief Blender, who, in 2016, was invited by Jim Beam to Kentucky to create a blended bourbon (Suntory bought Jim Beam in 2014). This was a chance to marry the meticulous skills of Japanese blending with the bourbon process – one not traditionally used to make blended whiskies.

Legent is a blend of three Jim Beam bourbons, finished in a combination of wine and sherry casks. Made using an ancient recipe from Fred Noe’s family, it is matured for at least four years in virgin white oak barrels, then blended by Shinji Fukuyo to create depths of spices, almonds and berries. What it lacks in good nomenclature it makes up for in flavour, with grass on the nose and a burst of caramel on the palate.

“Shinji is much more meticulous, [in terms of] his preciseness and letting things marry in the tank,” explains Noe. “People want new tastes and this is one method of exploring more taste profiles, putting more depth to the finish on the bourbon.”

Cheap, chewy offerings have given blends a bad name, but stuff like Legent is a world away from a Uncle Pat’s £30 bottle of dusty Christmas sharpener. Whilst it is a wallet friendly £49, many of the new wave of blended whiskies can easily exceed the £100 mark, and in some cases four figures. There is still much snobbery towards blends, but single malt is actually a bit of a misnomer: usually the liquid described as such has come from one single distillery, where various barrels are married together to make the final blend. 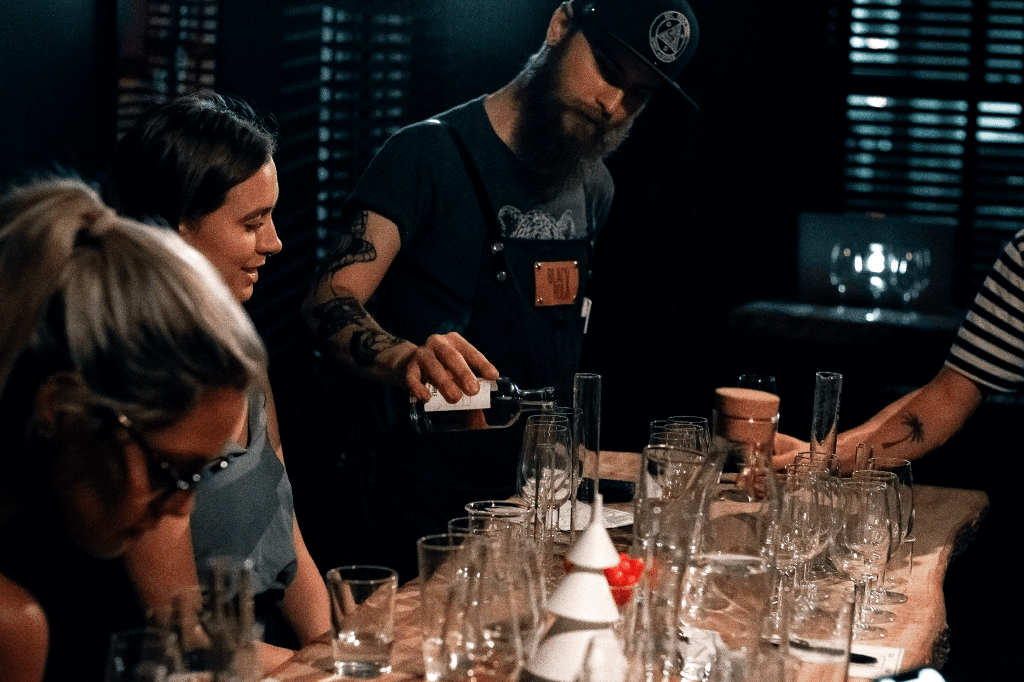 “Blending whisky requires a huge amount of expertise, skill and talent, with master blenders amongst some of the most widely revered in the industry,” says Martin Siska, Bars Director at Scarfes Bar at London’s Rosewood Hotel. “Johnnie Walker’s Master Blender, Jim Beveridge, was awarded with an OBE this year, which shows how recognised the skill is.”

Martyn ‘Simo’ Simpson is proprietor of Milroy’s, a whisky emporium in the heart of Spitalfields replete with dram room, whisky cages in the members’ club for those who want to keep their own bottle and a subterranean drinking den. He is slightly unapologetic about his love for the single malt. His advice is to stick to blended malts rather than single blended whiskies (the latter referring to those containing corn, rye and wheat as a base rather than barley).

However, he will depart from his beloved single malts for Compass Box whiskies. Launched in 2000 by the ex-marketing director of Johnnie Walker, the company buys individual casks and creates its own products, such as Hedonism (£68, compassboxwhisky.com) a marriage of 8-15 grain whiskies aged in first-fill American oak, or Myths & Legends (£130), which is confronting the notion that highly regarded whiskies shouldn’t be mixed. 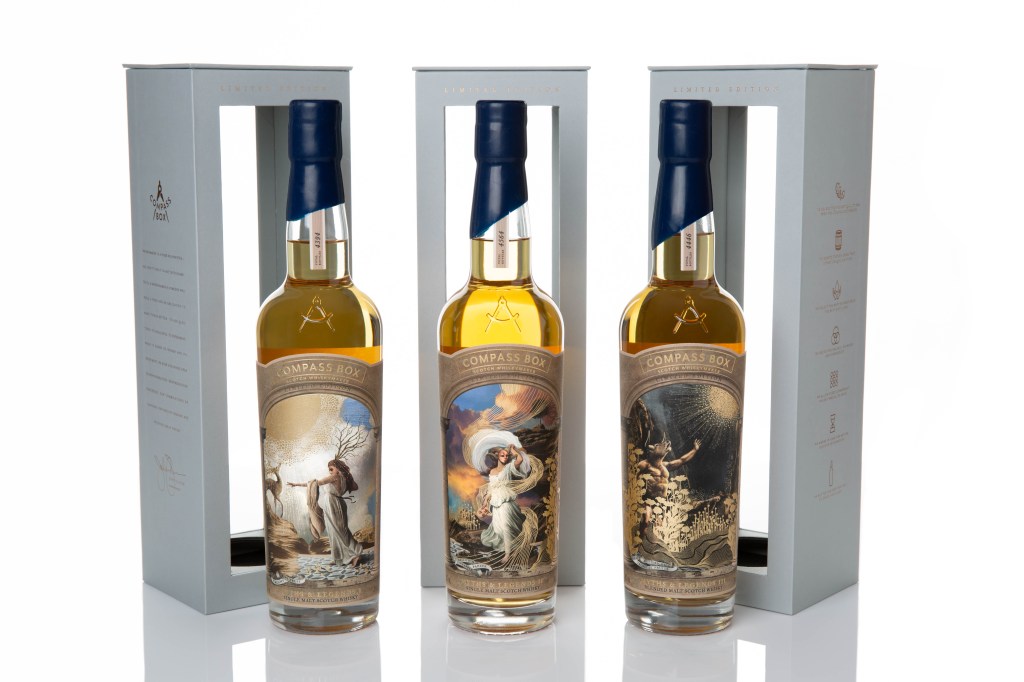 “Blending is a technique used in single malts just as much as in blended Scotch whiskies,’ says Compass Box’s Assistant Whiskymaker James Saxon. “The skill of a blended whisky is to be able to combine different styles of distillate – fruity, malty, peaty and so on – from several different distilleries, for a complex final whisky.” He adds that single malts generally start with one style of spirit, so the variables to play with are age and cask type: “This means blending from a narrower palette of flavours which can be just as challenging, although it’s less likely that you’ll end up somewhere far from where you mean to be.”

Also make a long arm for one of independent producer Douglas Laing’s regional malts, such as the grass and citrus packed Epicurean (around £35, douglaslaing.com) from the Lowlands. For a fun collector’s item, turn to the Timorous Beasties collaboration with Johnnie Walker this year (£235, timorousbeasties.com).

And if you can’t settle on a blend, why not create your own? Down the road from Milroy’s is another institution that lovers of the dram, once lockdown is lifted, should visit. Black Rock (blackrock.bar), on the edge of the City, has recently launched blending sessions, at which Matthew Hastings, one of the founders, explains the origins of blended whisky and guests can test their palates, before making their own unique blended whisky to take home. The batch number is kept on Black Rock’s Blending Room file, so can be ordered again and again, making you the master of your own blend.